You Suck at Parking 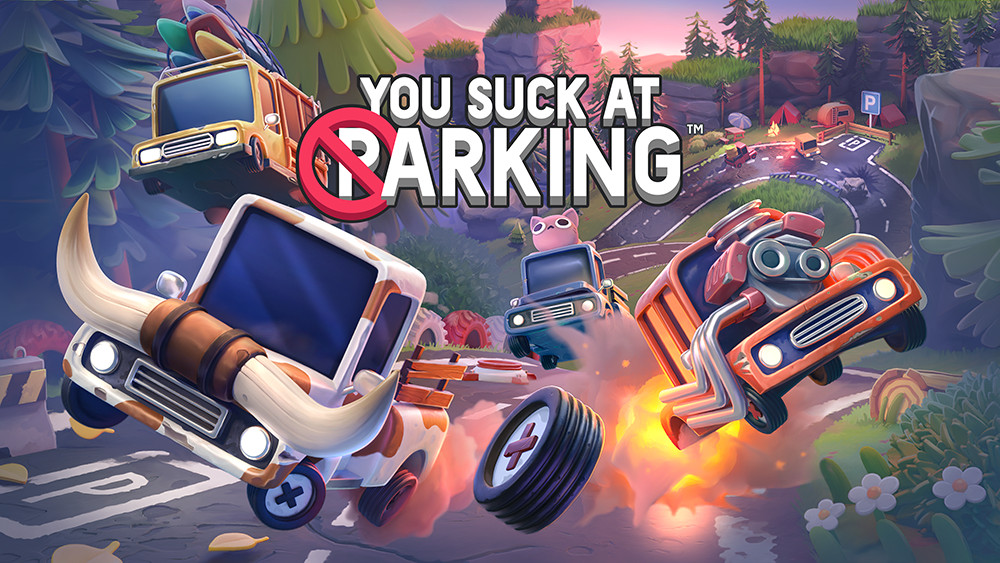 It’s a pretty audacious title to have for a game. First, it makes the pronoun “you,” rather than “we” or “they.” You suck at parking! Second, it claims that you already suck at parking, even though you haven’t even played the game.

And yet, I have to admit, true to the name of the game, I suck at parking.

You Suck at Parking is basically a game where you control a car, and your goal is to get it parked in the desiginated area. But boy, let me tell you, it’s not going to be easy. 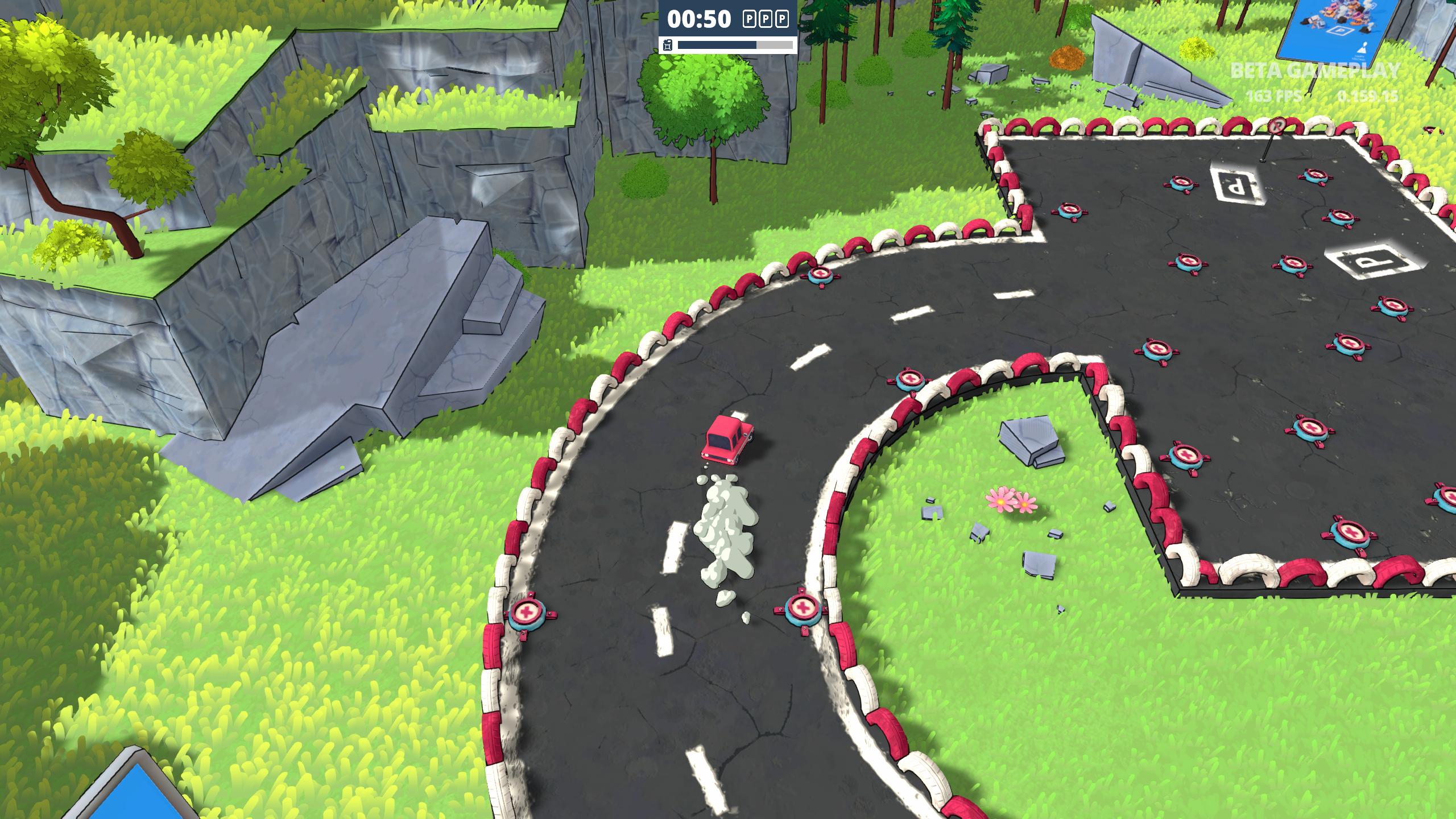 For starters, your car can’t reverse. If you end up hitting a wall, you’ll have no choice but to respawn your vehicle. Another thing is, your car has to constantly be moving. If it stands still at all, you won’t be able to move it again, and your car will respawn. Third, your car has gas. Some levels, it strangely has a larger capacity tank than others, and it will still be consumed if your car is in the air. Run out of gas, your car respawns. Fourth, you have a time limit; if you don’t reach all the parking spots within the designated time, you have to restart the level.

And that’s just the tip of the iceberg. Not only do you have to take into consideration your car’s limitations, but the levels are an obstacle course. Fans, magnets, mines, walls that will burn your car to a crisp, moving ramps, hammers that move like a pendulum, and roads with no rails will all try to prevent your car from parking at it’s proper destination. You’re either going to cuss your head off or just laugh it off as you respawn your car countless times, before you can finally get it right.

The game starts off easy. You park your car in two designated areas, and there’s little to nothing that will get in your way. Just jump off a launch pad and make sure your car is angled the right way so it can land on the platform above. There’s a tiny white rectangle on the pavement that’s just a little larger than the car; that’s where you want the car to stop. Make the stop without any mistakes, you get a gold ranking. Otherwise, you’ll just get a heart. 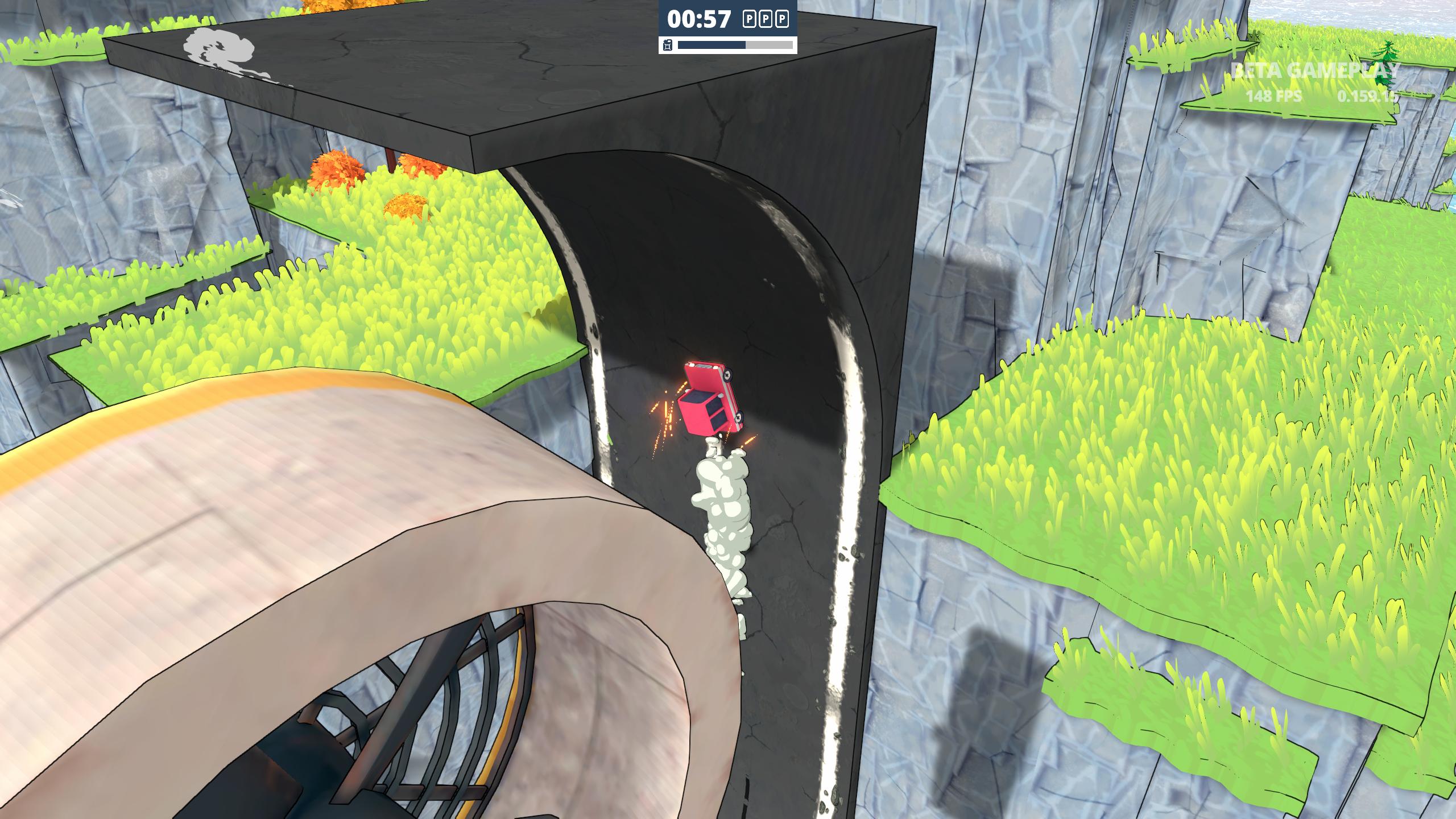 As the levels progress, more obstacles will get added. Magnets may be scattered on the map and you’ll have to make your move carefully as the magnet rotates; if the car gets too close, it will result in it’s destruction. If you’re too close to a fan, it can push you off course and into the water. Get too close to a mine and your car is done for. You’ll also have more parking spots that you’ll need to park into. And just a heads-up: you can actually push your other parked cars by colliding with them; you’re not going to want to do that as you’ll have to park in it again.

With this, you can see the game in either one of two ways: a game that’s going to push your mental faculties; a challenge that you enjoy, or you can see it as a game that just pisses you off. I think I had both moments: there were times where I had a good laugh seeing my car get roasted by a magnet, other times I was cussing over frustration of not being able to finish a level. I’m trying to see it as the former though. Because, after all, one of the tags for the game on the Steam store page is “comedy.” So I think that’s the whole purpose.

The cars have an arcade-y mechanism to them. They speed up rather quickly, and they spin on a dime. You start off with a sedan, but you can change the body type from the main menu, to something like a pickup truck or a van. I don’t think they handle any differently from the other. You can also customize your vehicle with decals and other aesthetics; though some of these require being unlocked after reaching a certain level. (You gain experience after finishing a zone.)

There’s multiplayer here as well, but since the game isn’t even officially out I didn’t bother testing this. 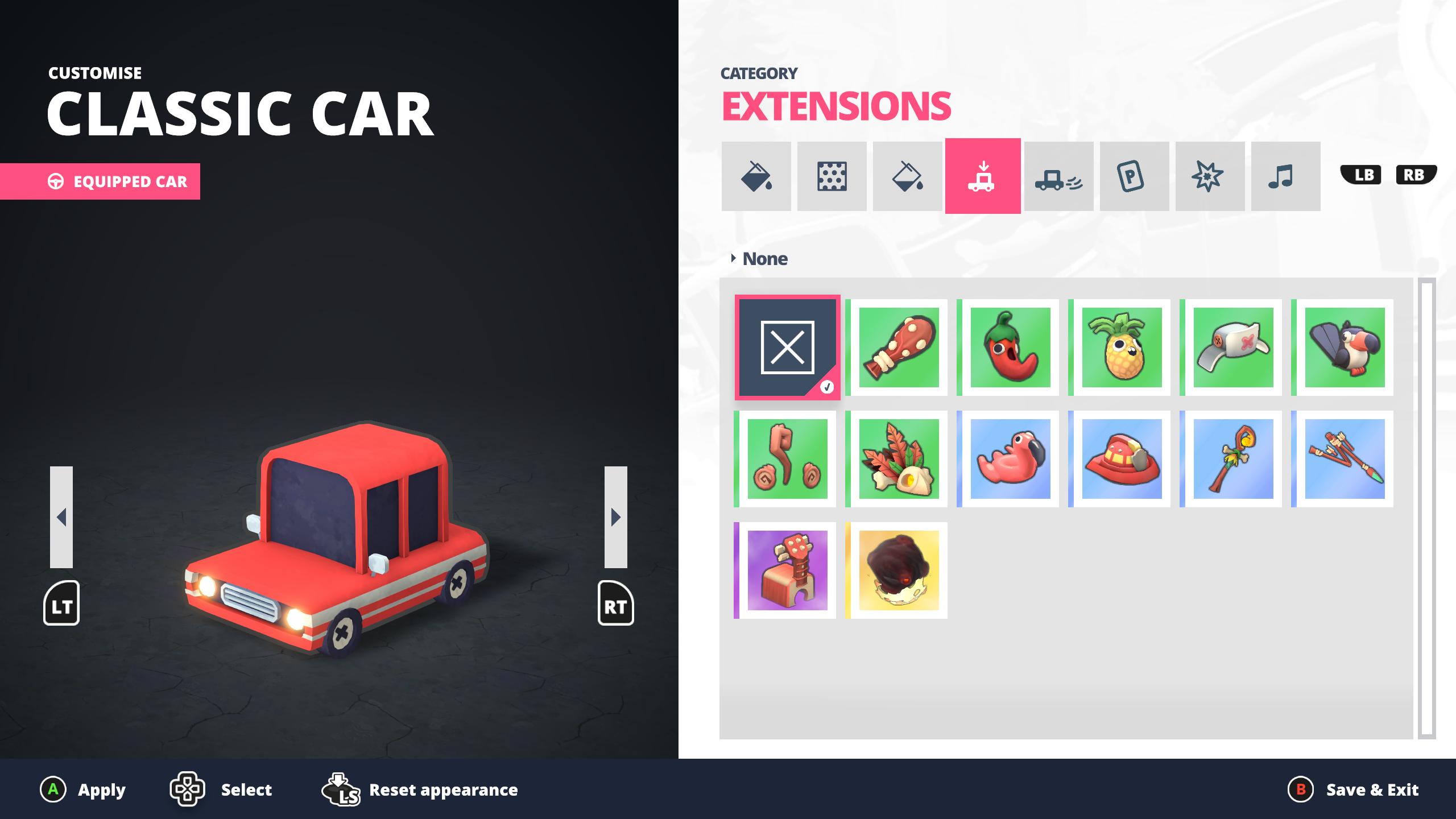 I can’t comment on how long the game lasts; I put in about four-and-a-half hours and I imagine there’s going to be at least five more. One frustrating bug, however, is sometimes the game doesn’t properly save. I could have a few levels done, leave the game, come back, and find out I have to do those levels over again. I wish there was a way I could get in contact with the developers about this; I left an issue in the Steam discussion board, but haven’t heard anything. It’s one thing that’s keeping me from playing the game any further.

You Suck at Parking runs out-of-the-box with Proton 7.0-4. No need to use GE-Proton. 16:10 aspect ratio is supported, and resolutions lower than 800p can be set if you want to make use of FSR. Flawless 60 FPS for the most part on the default graphics settings. I tend to stick with 30 FPS and a downscaled resolution to help preserve the Deck’s battery life. 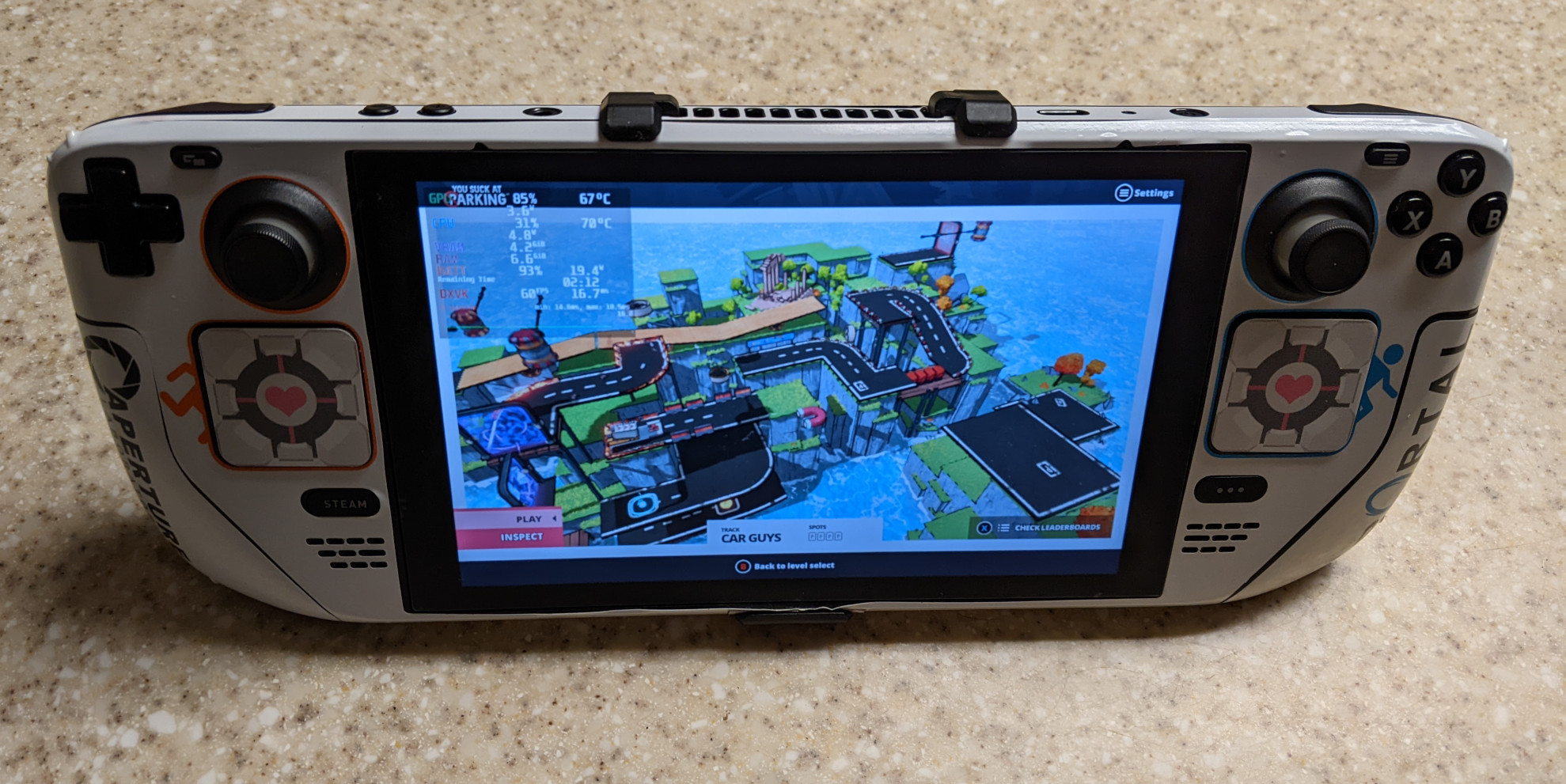 Come for the Humor, Stay for the Challenge⌗

You Suck at Parking is a pretty interesting game. It’s a goofy take on how to properly park a car with all these obstacles that are in the way. Challenging, for sure, but try to laugh at it rather than get frustrated. Only thing that you should be frustrated with at the moment is the saving issue. Don’t be surprised if you have to re-run some of the same levels you already did before. 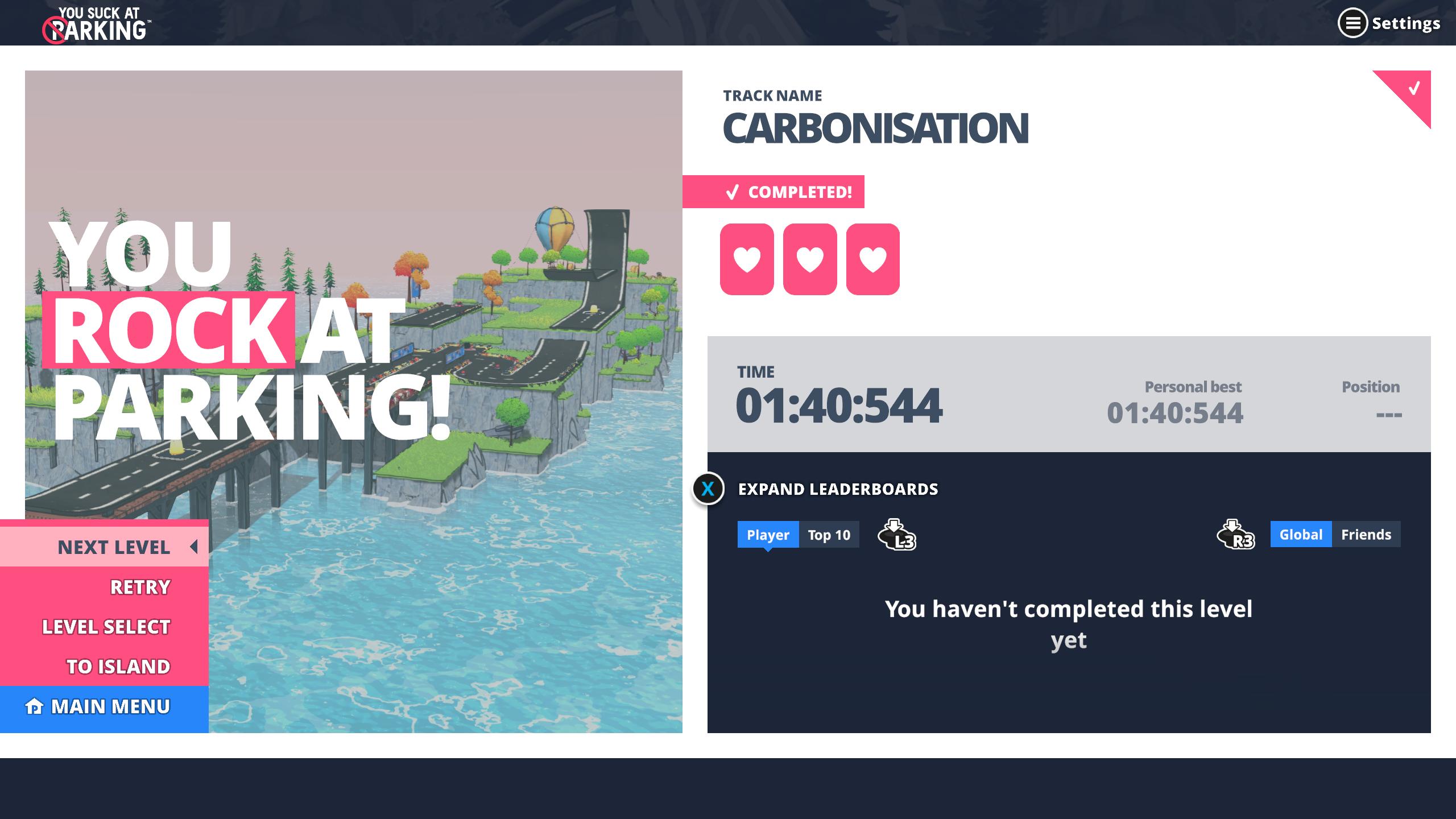 You Suck at Parking launches on Steam later this year. A demo is available now.

Read other posts
← The Lifesaver Accessory for Steam Deck: It's Quite the Lifesaver SteamOS Stable Update, Deck Client Beta Update, and Upgrade to Arch Base Coming Soon →