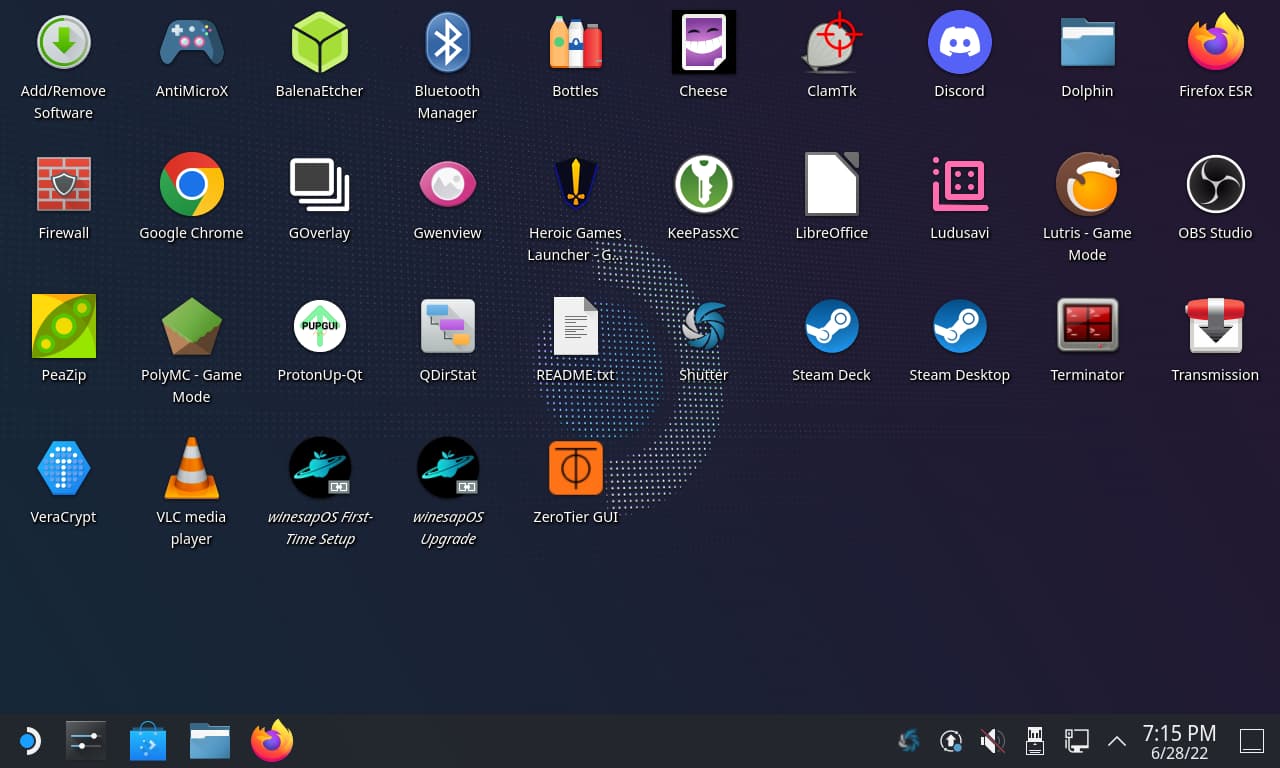 When I had reported to Luke Short – the main developer behind WinesapOS – that his distro wouldn’t boot on a MicroSD card on the Steam Deck, he personally saw to it that he would replicate the issue and fix it. As such, we now have a new update to enjoy: 3.1.1.

I can now confirm WinesapOS runs on the Steam Deck when it’s installed on a MicroSD card. Display is rotated (though I’ve found this to be a very common issue with distros outside of SteamOS). Some other changes have landed with this update as well. GE-Proton is now installed during first-time setup, the GRUB theme has been changed to Vimix, pre-built AUR packages have been added to the WinesapOS repo, and pipewire-media-session has been changed to wireplumber.

The image file size is still rather large at 30 GB, but the team is aware of this and will be shrinking the installer image down with the 3.2.0 update.

One big advantage WinesapOS has over SteamOS is the packages are much more up-to-date. I’m still trying to figure out if I can get Halo Infinite to run; I haven’t had enough time to test but if I do happen to have success I will report about it.

Read other posts
← Proton Experimental Fixes Regression with Final Fantasy XIV (Also Automatically Brings Up OSK on Deck for the Launcher) Linux Mint 21 'Vanessa' Released as Beta, Comes with a Major Rebase of Window Manager And Improvements to XApps →