The Vaults of Minos - A Retro-Styled Roguelike Platformer 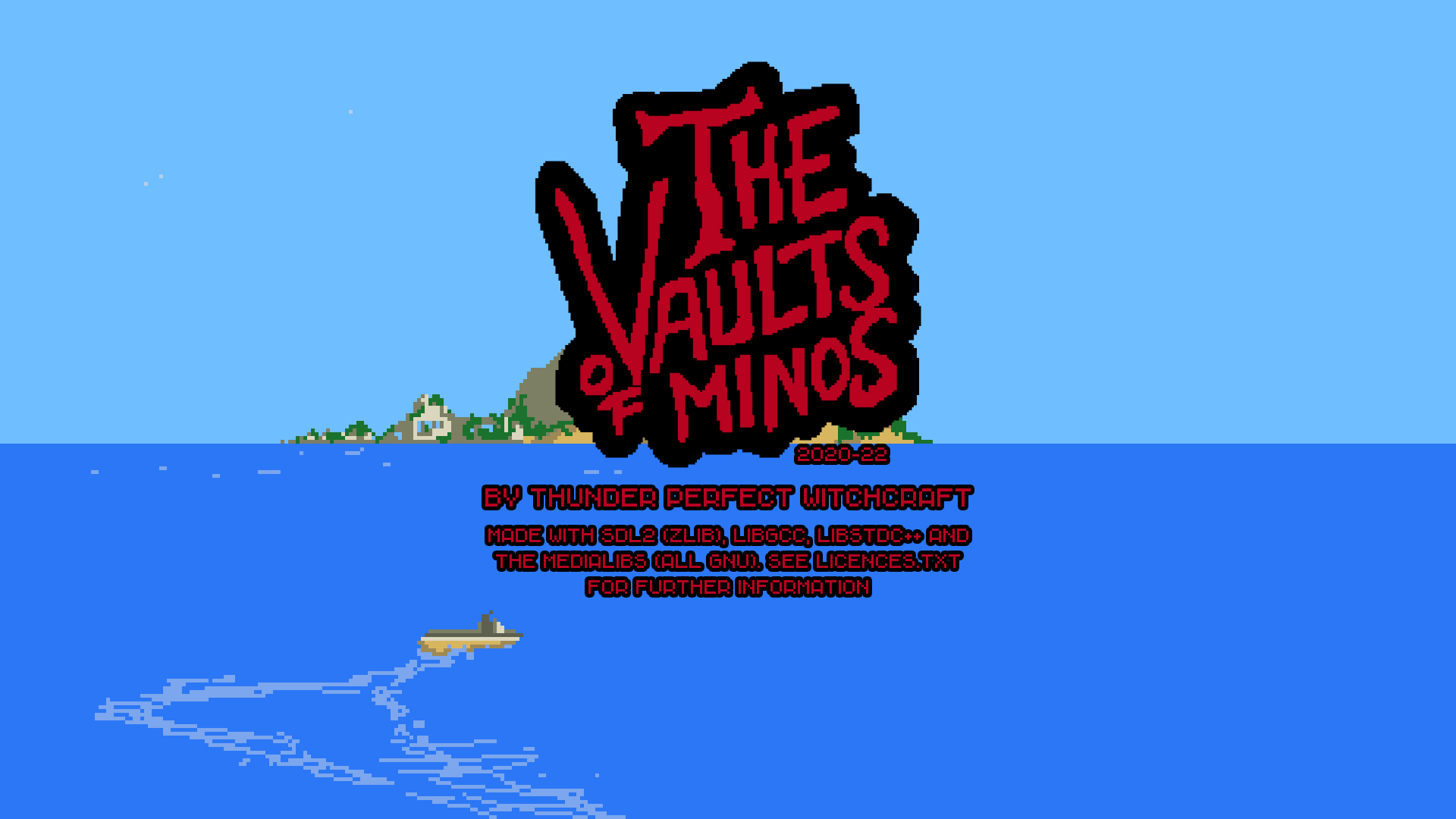 Professor Nimroder, your former teacher, has gone mad and is attempting to wake the cursed King Minos. Your goal, as the player, is to enter the trapped Vaults of Minos and to stop him.

Per the press documentation, The Vaults of Minos, developed and published by Thunder Perfect Witchcraft, “is a fluid arcade jump n' run with procedural generation” and rogue-like elements. Every run that you make, the traps, the level design, and the bosses will all be different. The sprites are hand-drawn, the soundtrack is retro-styled, and it’s using a custom-built engine. It feels very reminiscent of the NES era. It also features native Linux support. Just do yourself a favor and don’t watch the trailer; it’s frankly obnoxious. 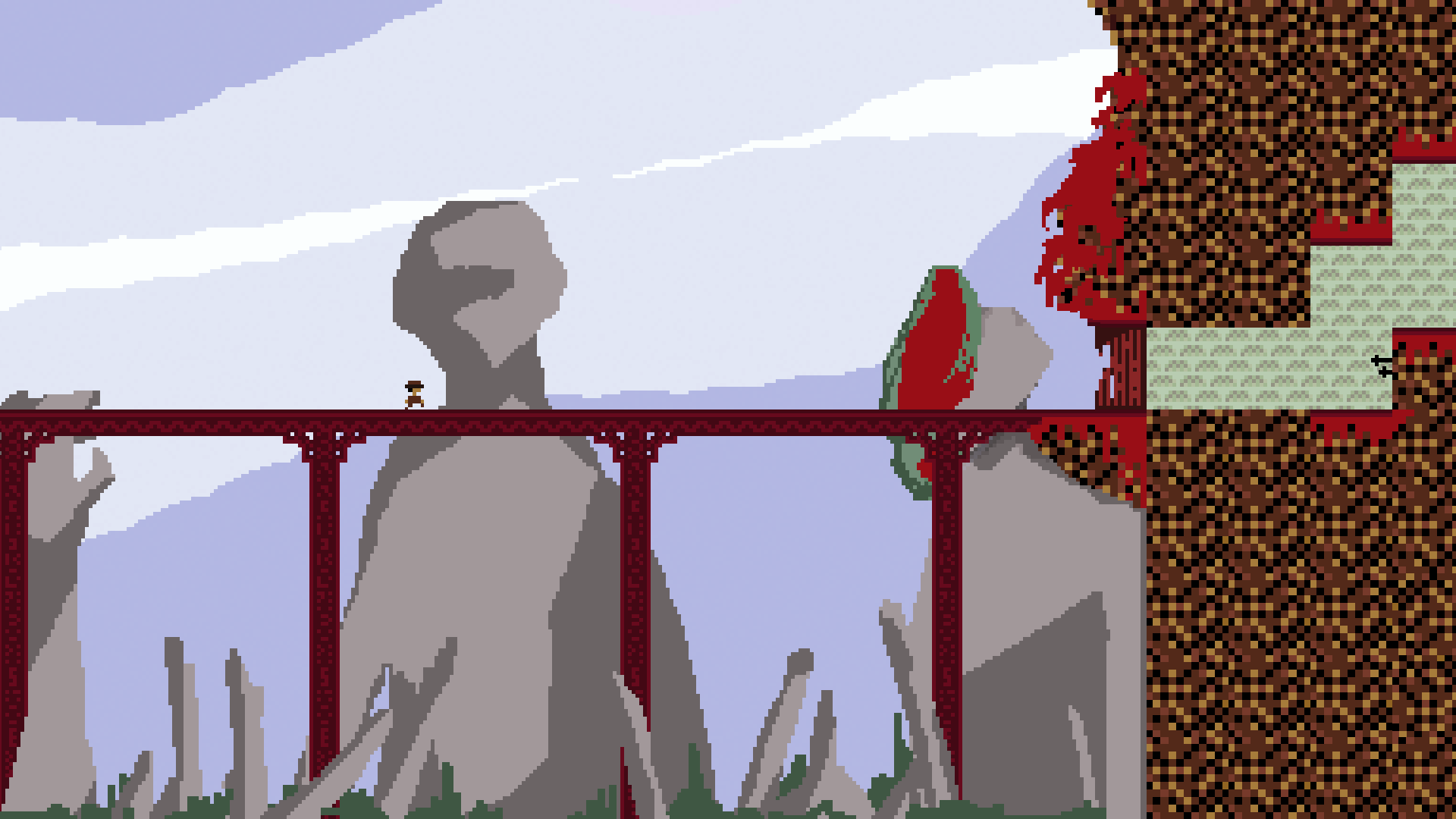 The game kind of feels like an Indiana Jones-styled platformer. The level keeps scrolling to the left, and your job as the character is to keep up. Your character can roll, jump, and bounch off of walls. If you’re off-camera, game over. If you hit a spike, game over. If you collide with anything that looks pointy and sharp, game over. Booby traps are scattered throughout the level. Switches on the ground, when stepped on, will cause an arrow to come your way. Weak platforms will break if you stand on them too long.

There’s no health points; your character can’t even get hit once. And while you’re trying to survive, coins will be scattered on the map. Collect these to improve your high score. 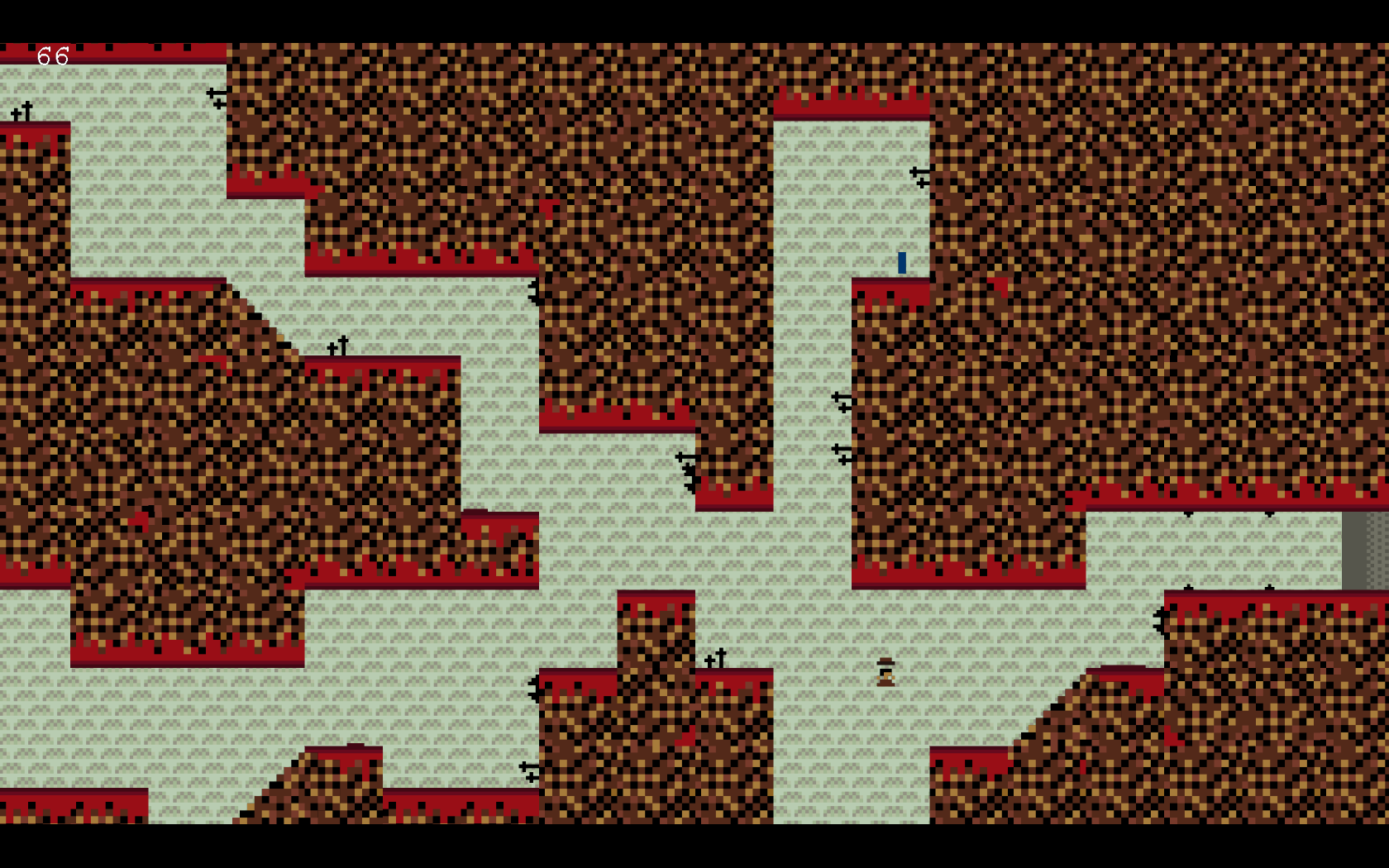 Sometimes a giant will follow behind you, as if the platforming itself wasn’t difficult enough. (The difficulty can be adjusted in the Options menu though.) And with every game over, you have to start at the beginning again. This is the one thing I don’t like about roguelikes.

But there’s a lot to like about this game otherwise. For one, the music. It definitely hits the 8-bit music of the 80s like nobody’s business. You’ll certainly be reliving your childhood memories again. Also the graphics; if you’re a sucker for retro-styled sprites, well, you don’t have to look any further. And the native Linux support is definitely a plus in my book.

It runs out of the box on Deck pretty well. However, you’ll be stuck with 16:9, as there aren’t any options to adjust the resolution or aspect ratio. Graphics options are a bit barebones – there’s Fullscreen and Advanced Graphics toggles, but nothing else (although that’s kind of expected with graphics like these). You may want to configure the controls a little bit to get them to your liking; for instance, by default the Confirm option is set to Y. This should be set to A. 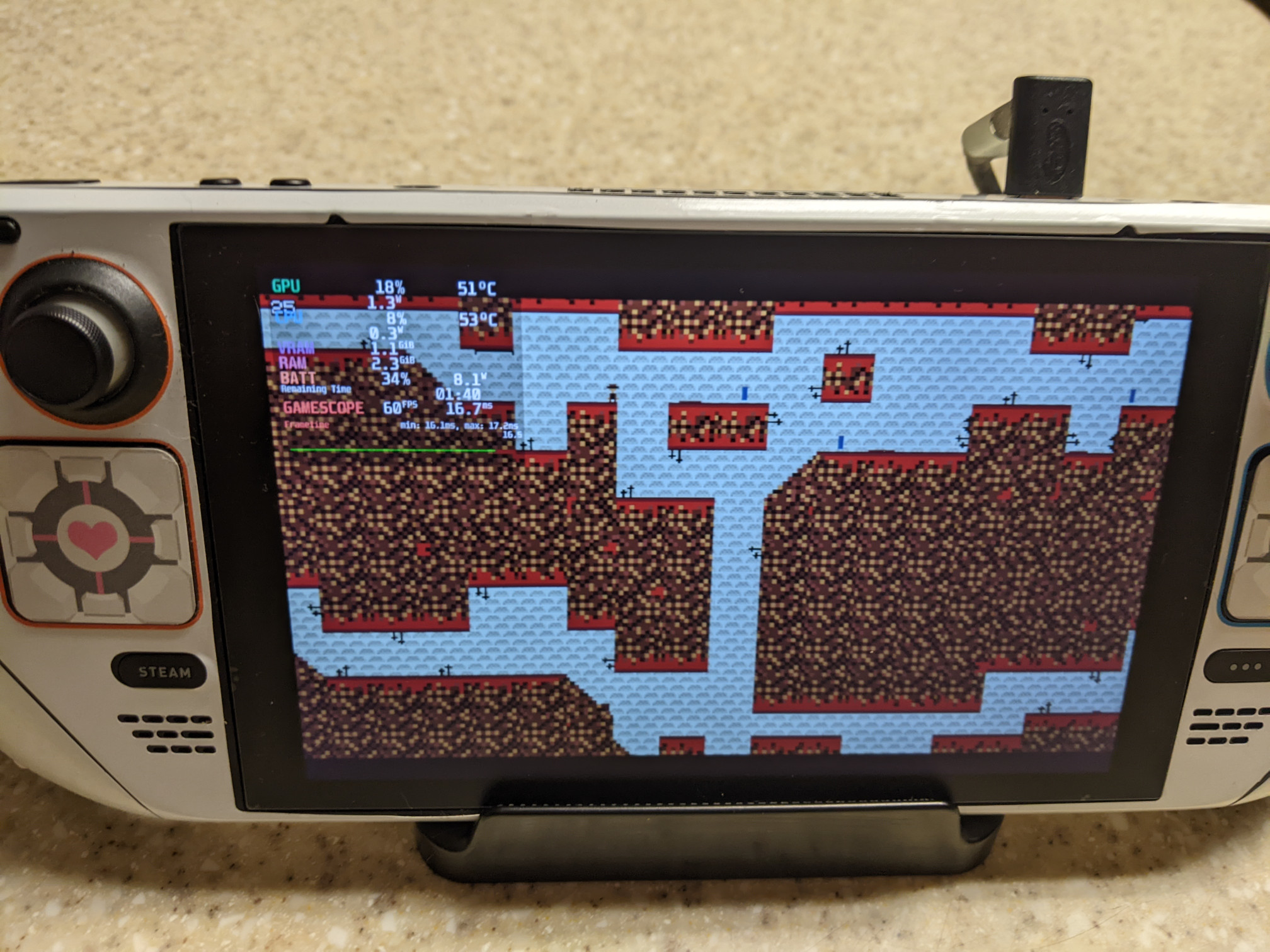 I haven’t tested this enough to confirm, but I would imagine you could get a lot of battery life with a light game like this. Like, six hours at least. I set the TDP limit to 3 watts and I still get a solid 60 FPS. Just don’t lower the framerate lower than 60 FPS; the game will play in slow motion (although maybe you want to do that anyway if you have a hard time keeping up with the pacing). 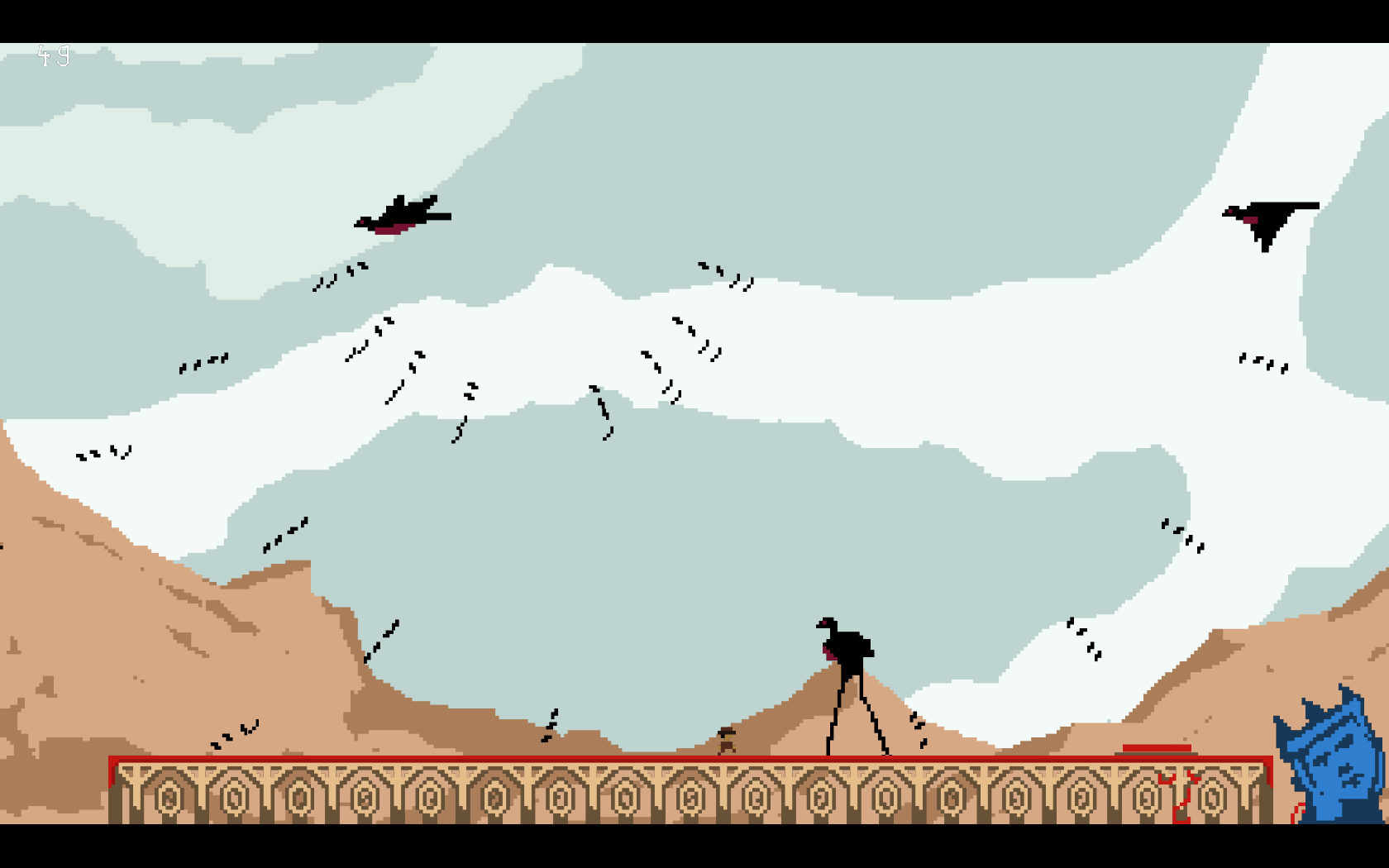 The Vaults of Minos is available on Steam and itch.io for $4. Definitely worth getting a hold of if you’re a roguelike fan with retro graphics and music.