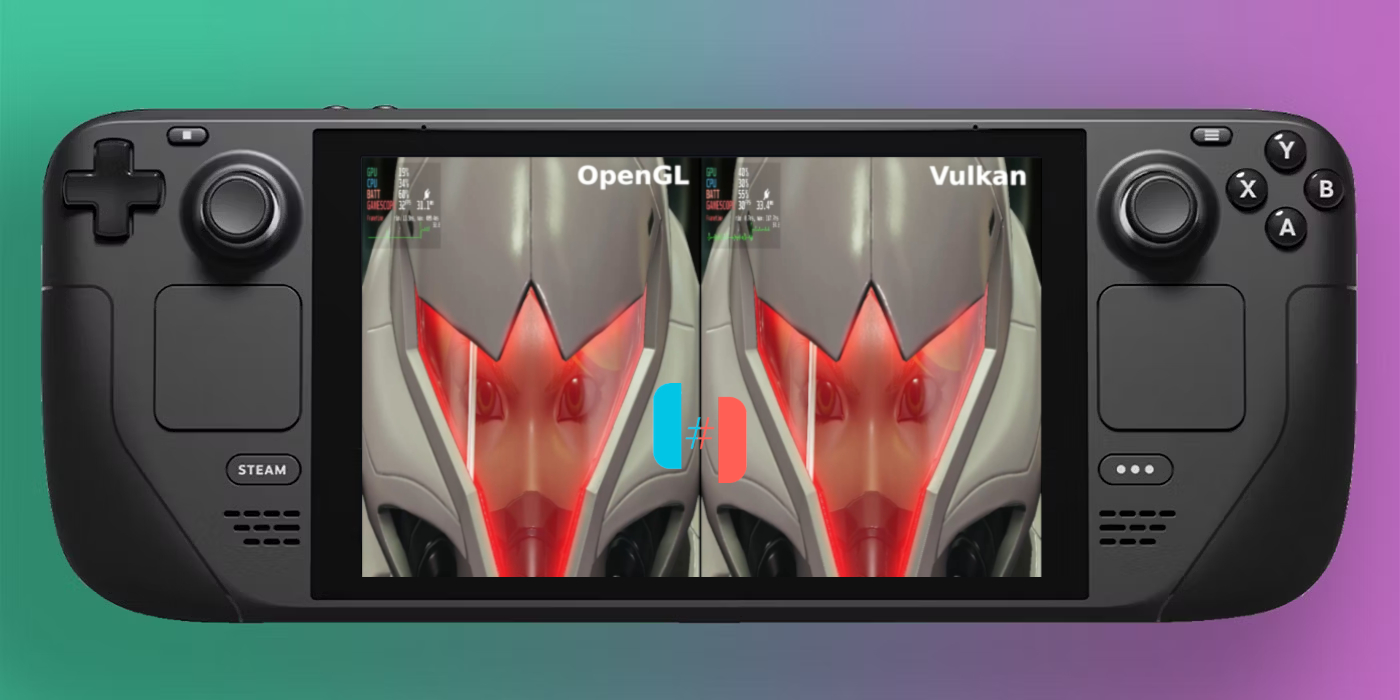 Since Vulkan has been merged into the mainline Ryujinx build a few days ago, curiosity got to the better of me and I wanted to do a comparison between this and the older OpenGL API. Vulkan, particularly on AMD – and therefore the Steam Deck – supposedly has a huge number of benefits over OpenGL, including faster shader compilation. I tested the following games:

And ran each game with OpenGL and Vulkan. You can see the results on YouTube. Vulkan – for the most part – does handle Switch emulation on Deck remarkably better than OpenGL. You’ll especially notice this on games with lots of shaders – such as Smash Ultimate. The game loads much faster, even though there still is a little bit of stuttering (I should note I ran each game only once; shader compilation times get shorter and shorter with subsequent playthroughs). On the other hand, games like Metroid Dread barely saw a difference. In fact, OpenGL rendered the ending cutscene better. For the most part though, I highly recommend sticking with Vulkan. Performance is much smoother.

Congrats to the Ryujinx team for such a huge accomplishment. There will soon be a LDN build too (basically a netplay build), which will incorporate Vulkan support. And stay tuned for a guide on Switch emulation on Deck!