SteamOS Has Finally Been Rebased to the Latest Version of Arch Linux! (Plus Plenty of Other Goodies) 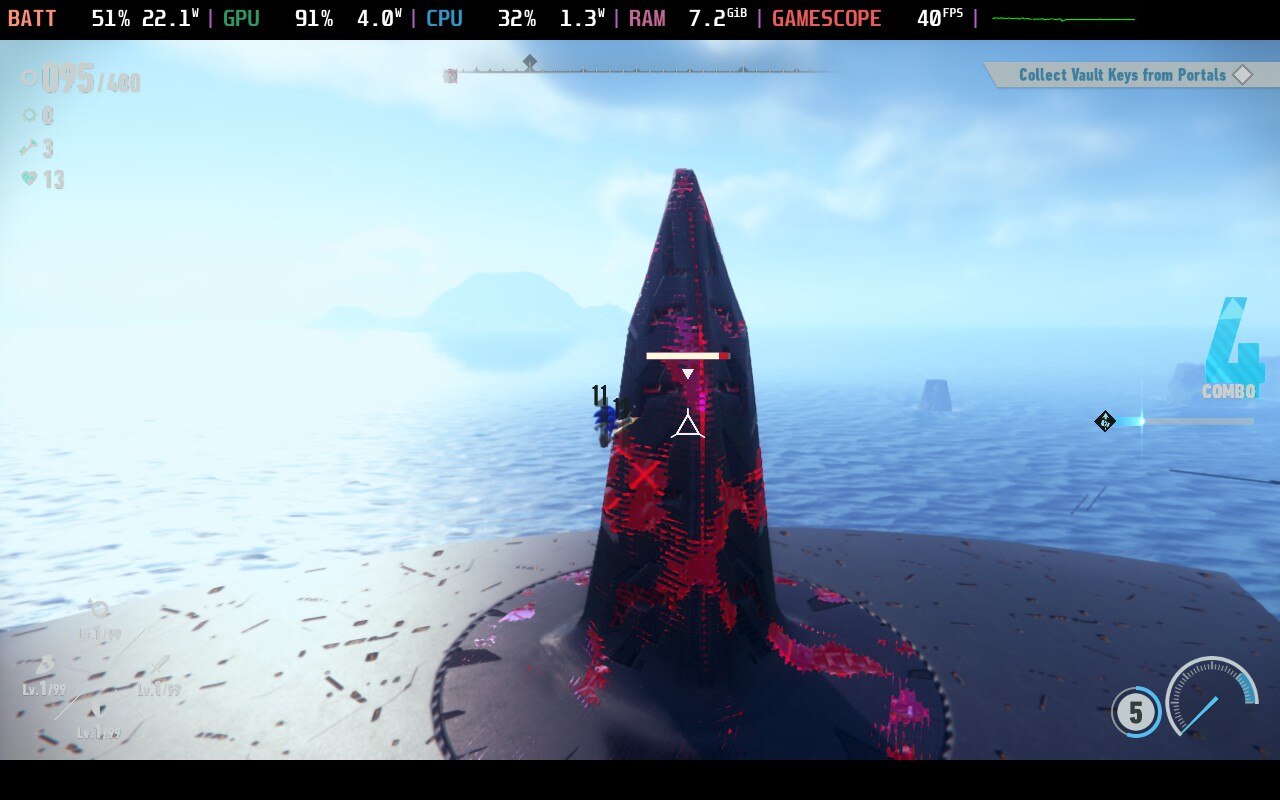 Holy crap. And here I thought Valve was never going to update the Arch base.

Turns out I was wrong.

You might recall back in the summer I wrote about the outdated packages on SteamOS and the security risk that brought. Well, I guess you can finally use Desktop Mode with more peace of mind, now that most everything has been updated. Per Steam’s post, this update “pulls in the latest performance, security and stability fixes for the underlying packages that are the foundation for SteamOS.”

Packages that have been updated include: 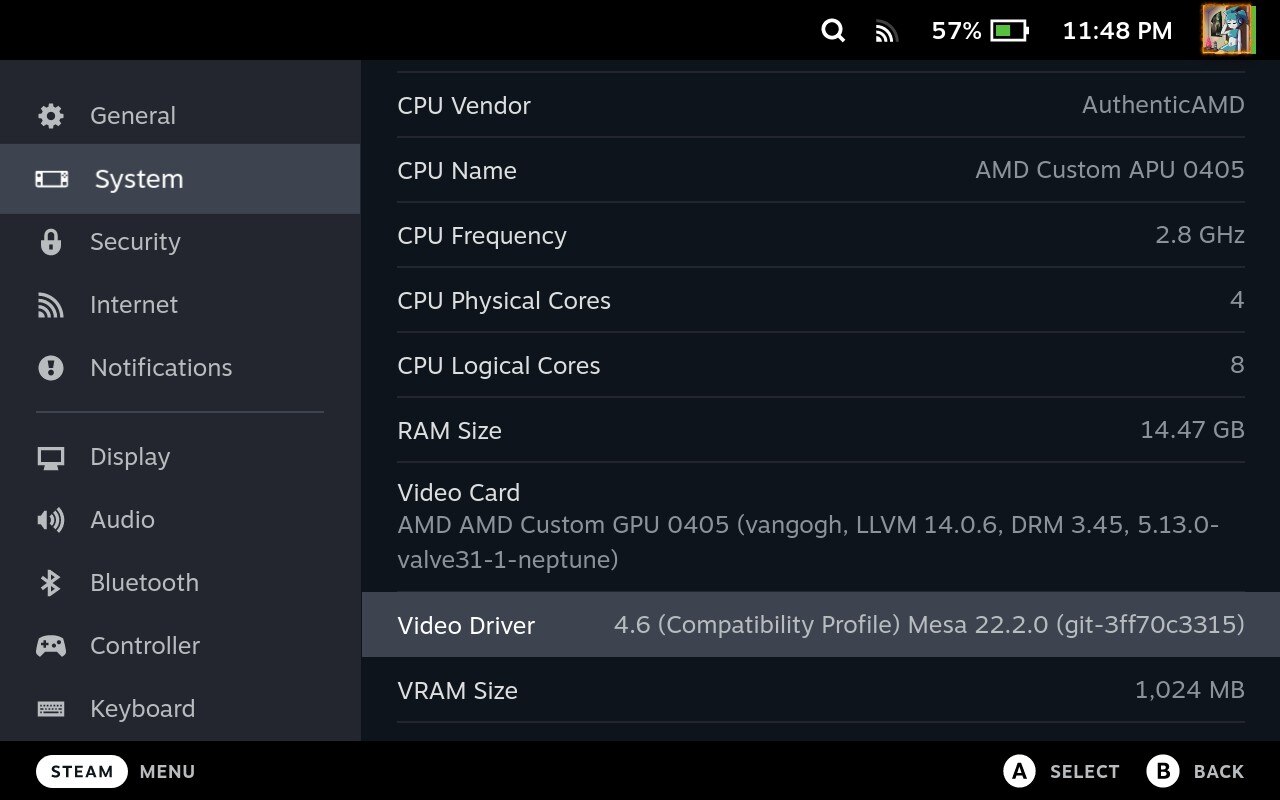 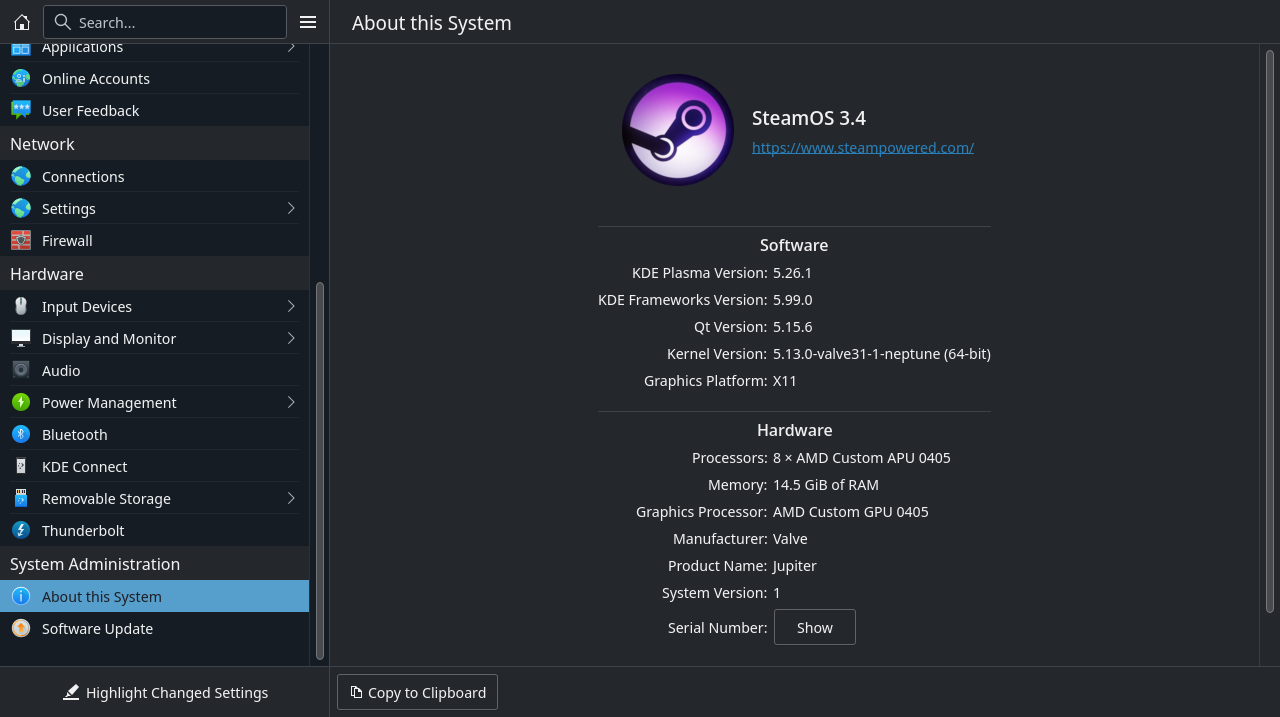 Unfortunately it looks like the kernel is still stuck at 5.13.

But we got way more than just updated software packages with SteamOS 3.4. There’s now an option for screen tearing: 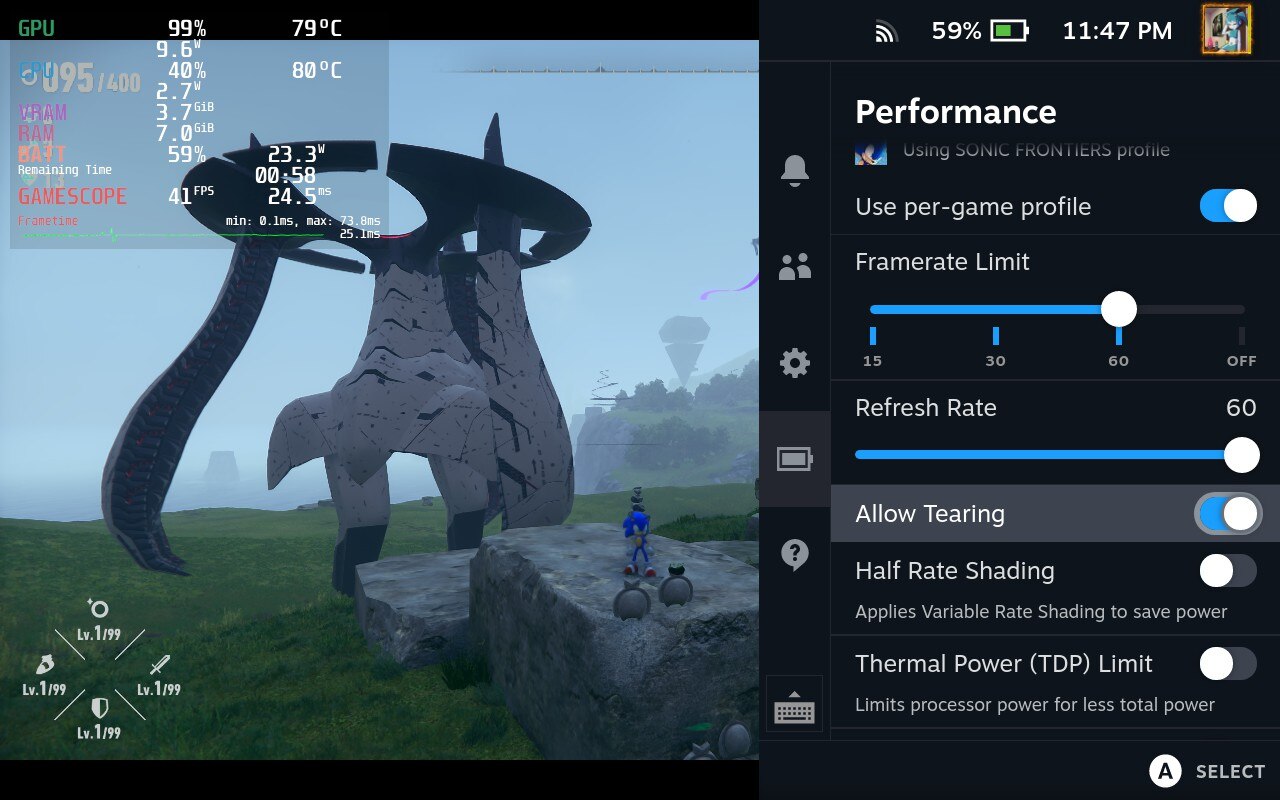 And as you can see in the cover photo, level 2 MangoHUD is now spread across horizontally rather than stacked vertically. It perfectly fits inside the black border for 16:9 aspect ratios, while taking less clutter on the screen!

TRIM has now been “re-enabled.” Apparently this was used before, then disabled. Now it’s back. It’s supported for both internal drives as well as external storage mediums, such as MicroSD cards. This should improve write performance. TRIM gets run “periodically,” but you can manually run it in Settings -> System -> Advanced: 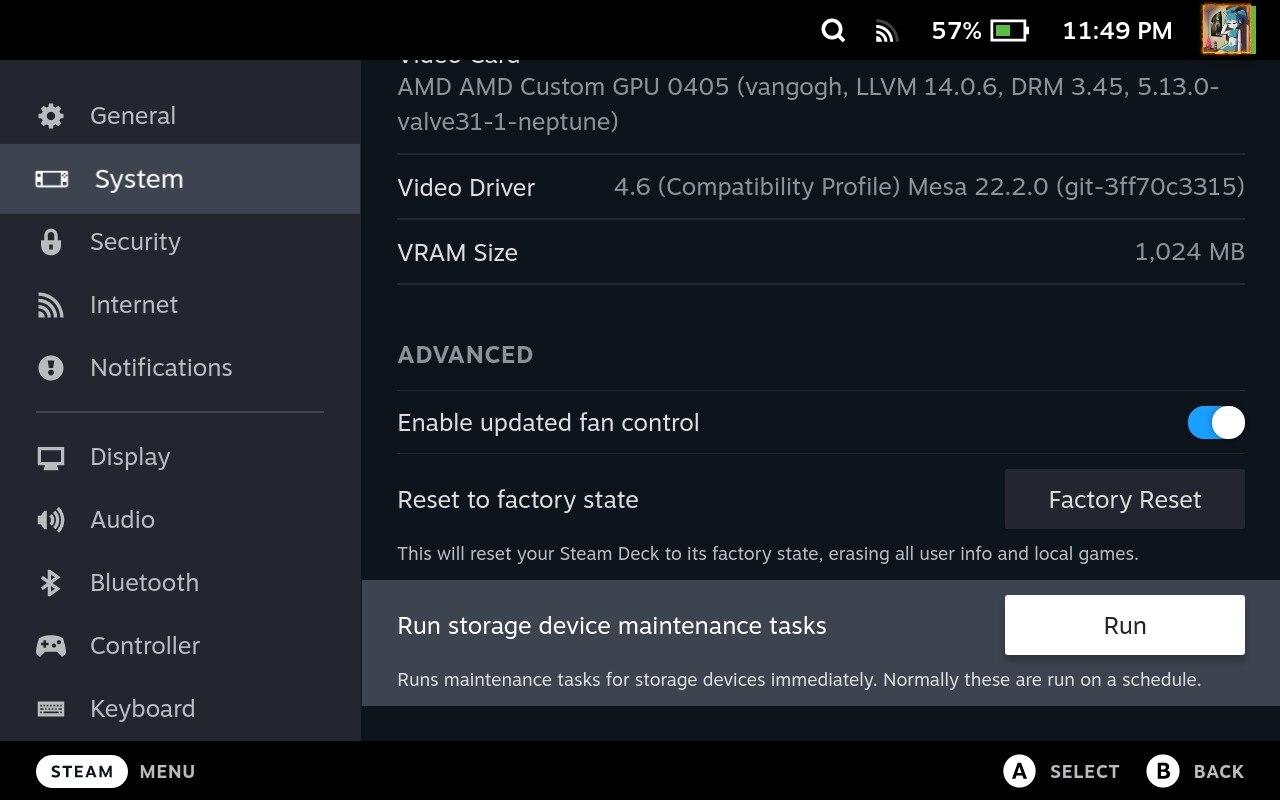 External storage devices can now be unmounted via the Storage section: 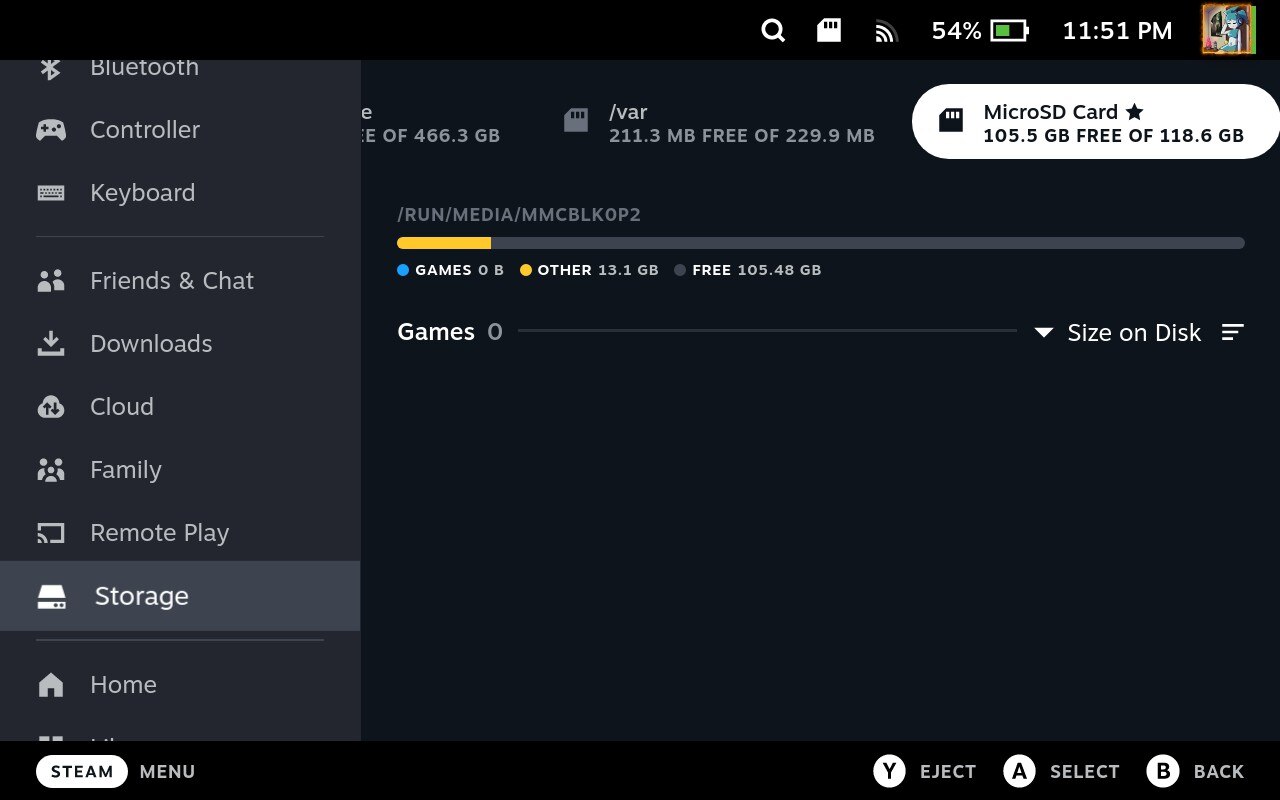 External drives formatted as ext4 are now automatically mounted and available for use in Steam.

Steam Input got some changes, including the disabling of DS4/PS5 trackpad -> mouse emulation when Steam is running, and the re-enabling of the built-in gamepad driver when Steam is not running in Desktop Mode.

“echo-cancel-sink” is no longer shown in the audio settings: 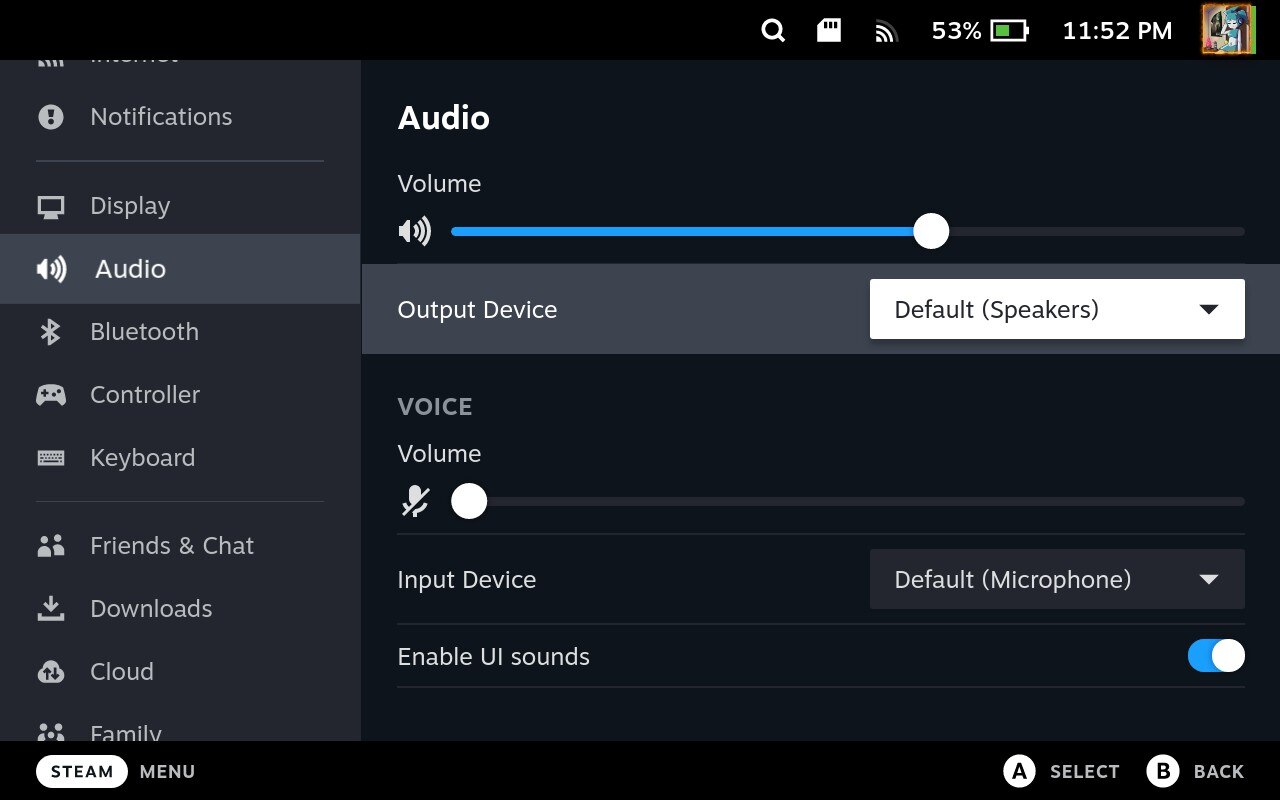 When docked, the audio should no longer go to “sleep” after being idle.

Some general changes as well, including a fix for 100ms “hitches” when adaptive backlight is on, and sleep/wake fixes for a “number of titles.” Finally, a new firmware is available for the official docking station – this fixes HDMI 2.0 display issues when waking the deck up.

Note that in order to use this update, you’ll need to be opted into the Preview branch.