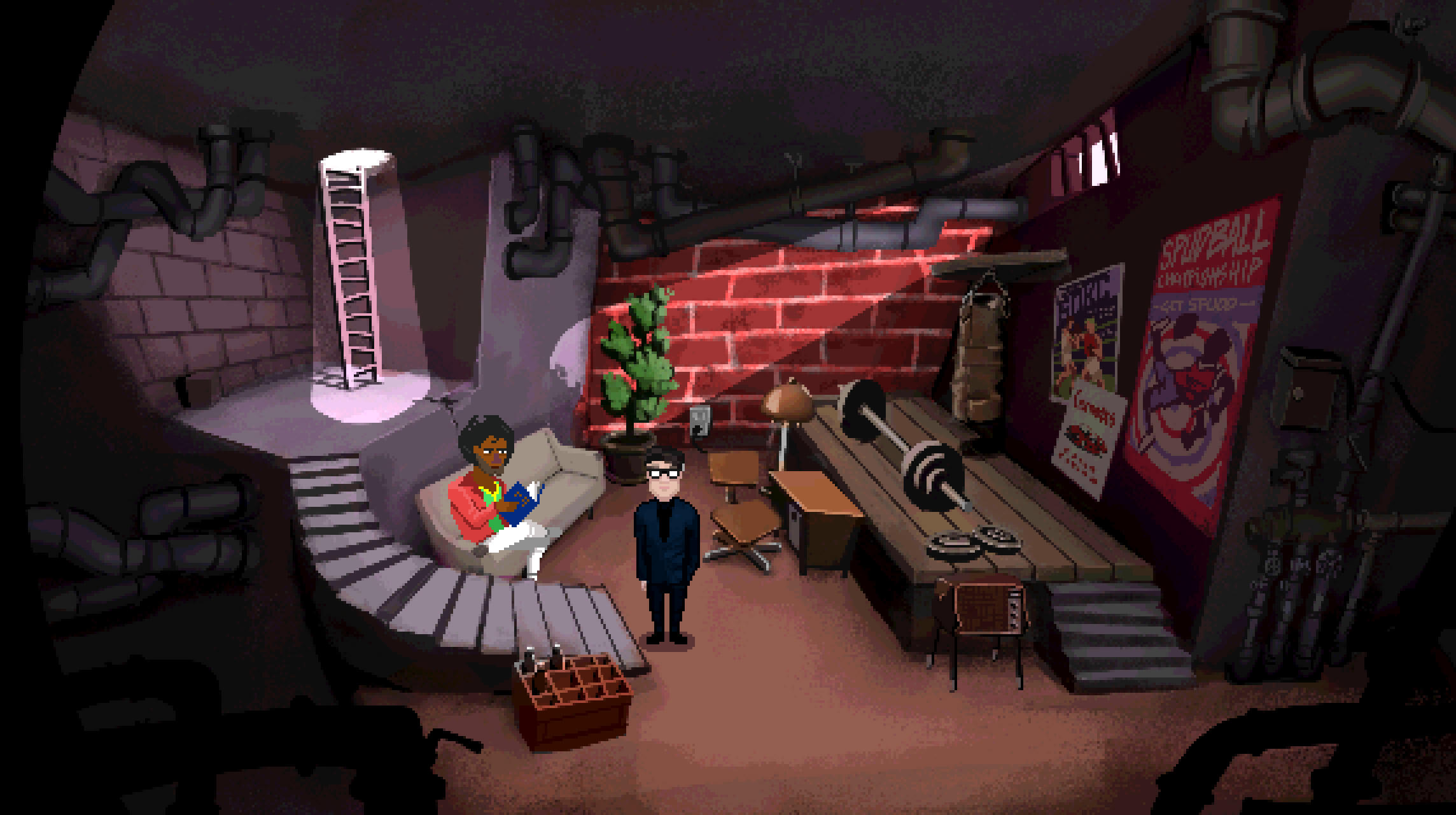 Someone had emailed me this morning regarding an upcoming point-and-click adventure called Splittown. According to the official site, you play as the character Leonard Nimby. Nimby is a former “top agent of IM5” who’s on the move to find the person responsible for stealing his shrink gun…right on the day before an election.

Seems like a pretty interesting premise. It also has that nice 90s aesthetic to it, reminiscent of the SNES/Genesis days. Apparently the game is inspired by Day of the Tentacle and Sam & Max Hit The Road. The website goes on to mention “you’ll crack confounding puzzles, stuff improbable amounts of items in your pockets, and engage in humorous dialogue with a colorful cast of characters on an adventure that will push your wits to the limit.” Looks like the game only has two developers, and they’re spending their own budget on it.

On the website you can also subscribe for updates to the game and sample some of the game’s tracks, as well as follow them on Twitter or join their Discord channel. Concerning a Linux version, the devs responded to the person who emailed me this:

Splittown is being developed in Visionaire Studio, which allows native builds for Linux - so having one available when the game comes out is certainly our intention :)

Splittown will be out sometime next year. In the meantime if there’s anything you guys want me to cover, don’t be afraid to reach out – I’m always just an email away.