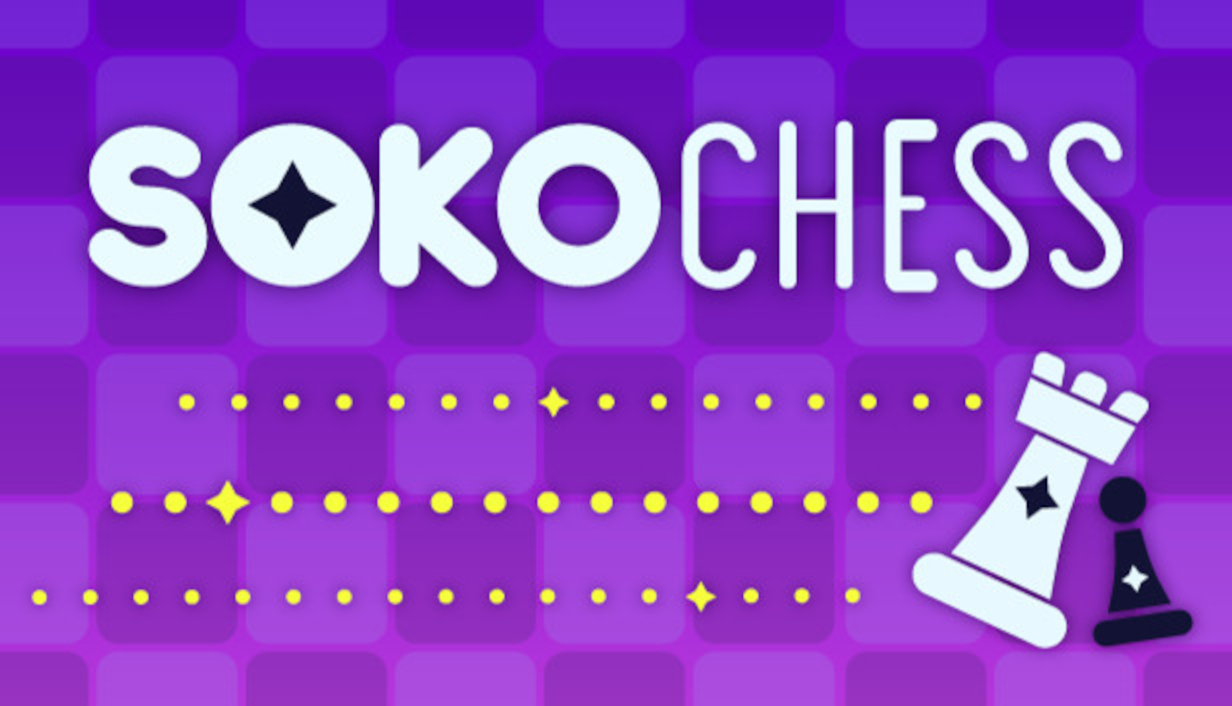 Ever wanted to enhance the game of Chess with new elements? That’s where SokoChess comes in. It combines Chess with Sokoban – the latter of which involves pushing crates to their proper destination. You have Chess pieces to move, but your goal is to push the black pieces to their destination, without them overtaking yours. The game is made with the awesome open-source Godot engine, and there’s a native Linux version available that plays great!

There’s 70 levels to conquer. You’ll start off on a board with a couple of white pawns. Your goal is to move those pawns and push the black pieces to the tile with the red icon. If this is done successfully, you’ll move on to the next level. Levels gradually get more complex. Boards become larger, new Chess pieces will be introduced, more black pieces will have to be moved, and you’ll definitely need to strategize as you plan your next move. But the game does a pretty good job explaining what you have to do in the process. 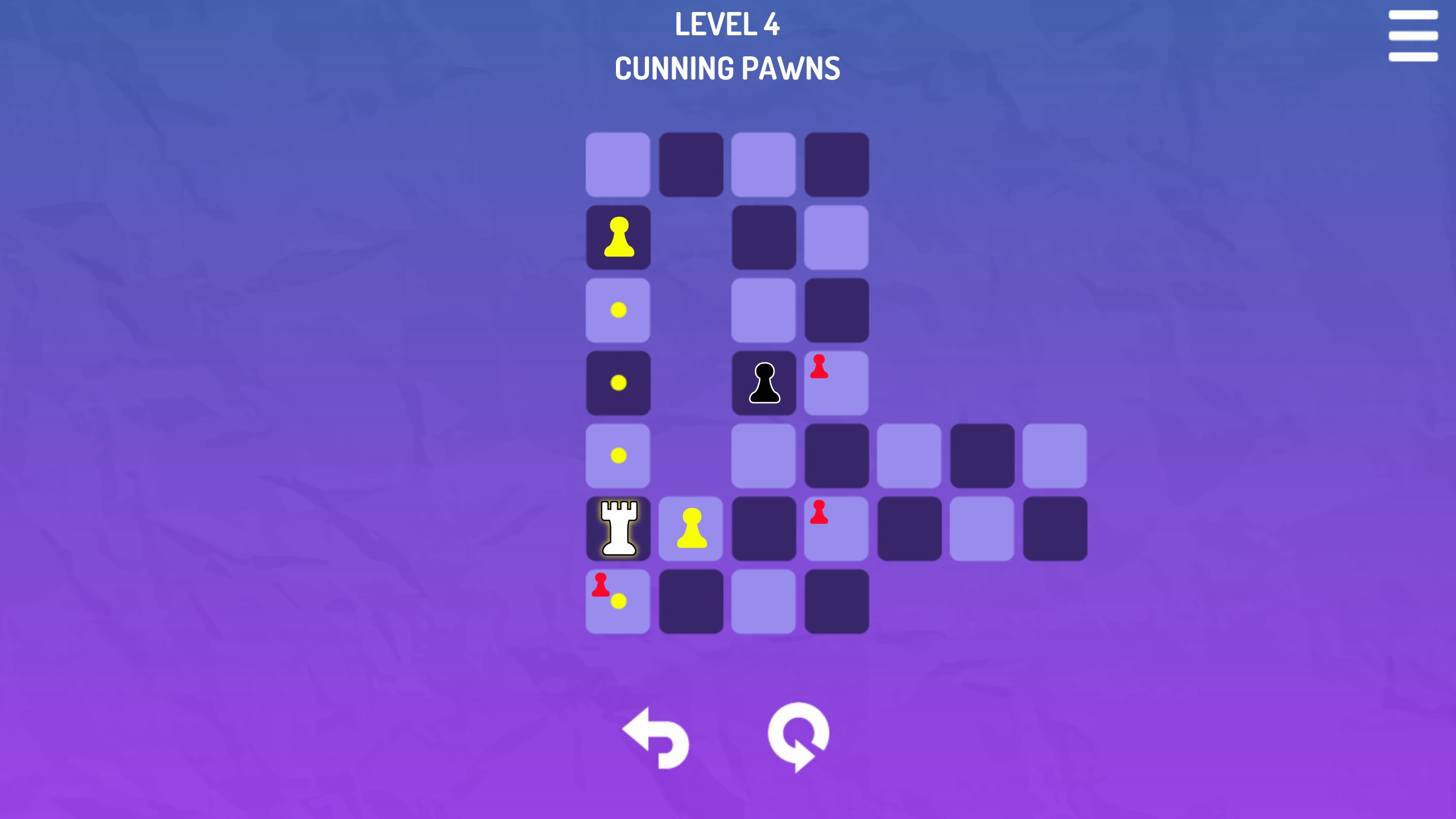 The pieces move similar to how they move in a game of Chess. But here’s the catch: if your piece is diagonally down to the left or right of a black pawn, you can kiss your piece goodbye. If a black rook in anywhere in its line of sight with a white piece, your piece is gone. If you don’t have any pieces left, it’s game over. But sometimes you may need to sacrifice a few of your pieces in order to finish the level.

I really, really like the music. It’s very relaxing and calming. It’s a perfect compliment as you’re going to need to put your thinking cap on as to where you’re going to move your next piece. The game is almost worth buying just for the music itself. 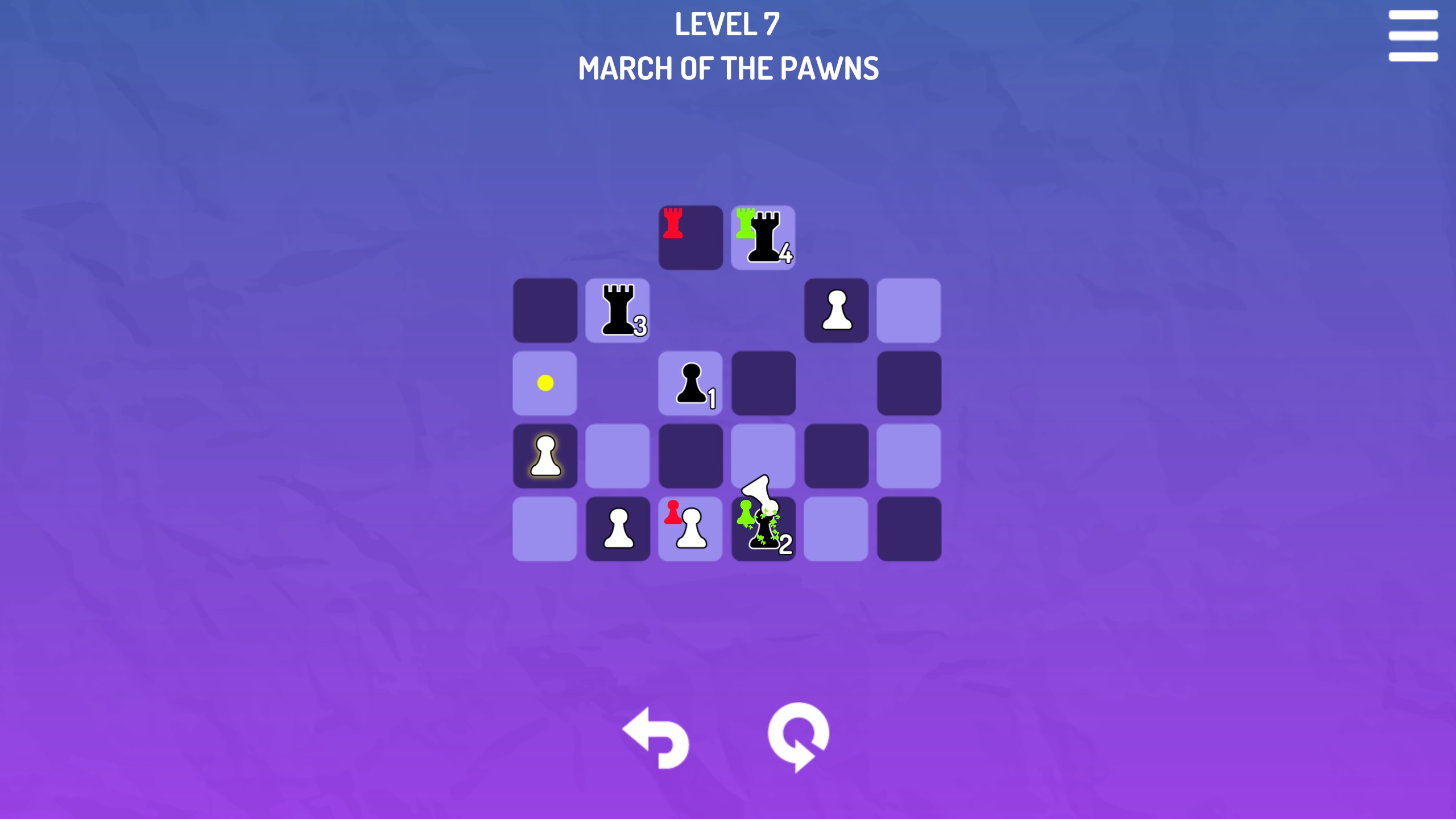 I only made it to level nine. For the life of me I can’t figure out how to finish this level. There’s two white rooks, two black rooks, and two black pawns. The name of the level is appropriately called “Sacrifice All,” as one of the rooks will definitely have to be sacrificed in order to finish the level. Fortunately, pieces can be moved as much as you want, and you can undo your mistakes. You can also skip a level if it’s too difficult. I’m going to try and see if I can finish this one up though; skipping is for losers.

If you ever get bored of the purple background, the color changes every 10 levels.

Unfortunately I don’t recommend playing SokoChess on Deck, at least for the time being. There’s no gamepad support, and even though 16:10 is listed as an available resolution, I’m still seeing black borders on the top and bottom. The game runs fine, but you’re going to be using the right trackpad and right trigger a lot in order to move the pieces around, because the game only supports keyboard and mouse. I did get in contact with the developer, Martin Firbacher, and he mentioned that if he finds volunteers to help test, he can add Deck support later on (he doesn’t have a Deck himself). 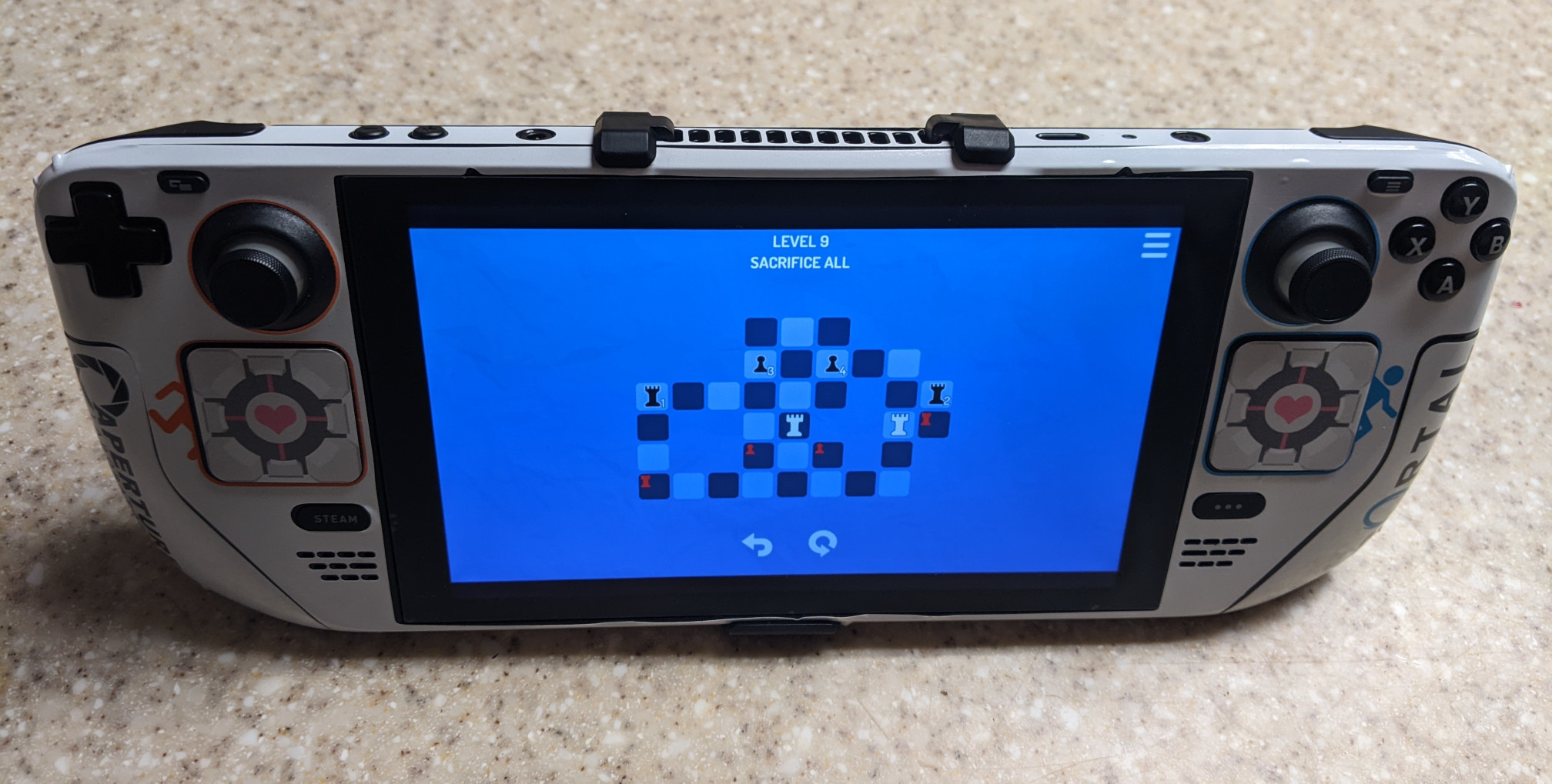 That being said, if you want to see the game in action, I have a video over on my YouTube channel, where it’s being played on Deck.

SokoChess is a great game to play if you like relaxing music and want something that’s going to challenge your thinking ability. The difficulty rises a little too quickly in my opinion, but levels can be skipped. Unfortunately there won’t be Steam workshop support for creating your own levels as the plugin the developer is using for the Steam API doesn’t support it. Still, 70 levels is a lot to explore; it’ll certainly give you plenty of play time. 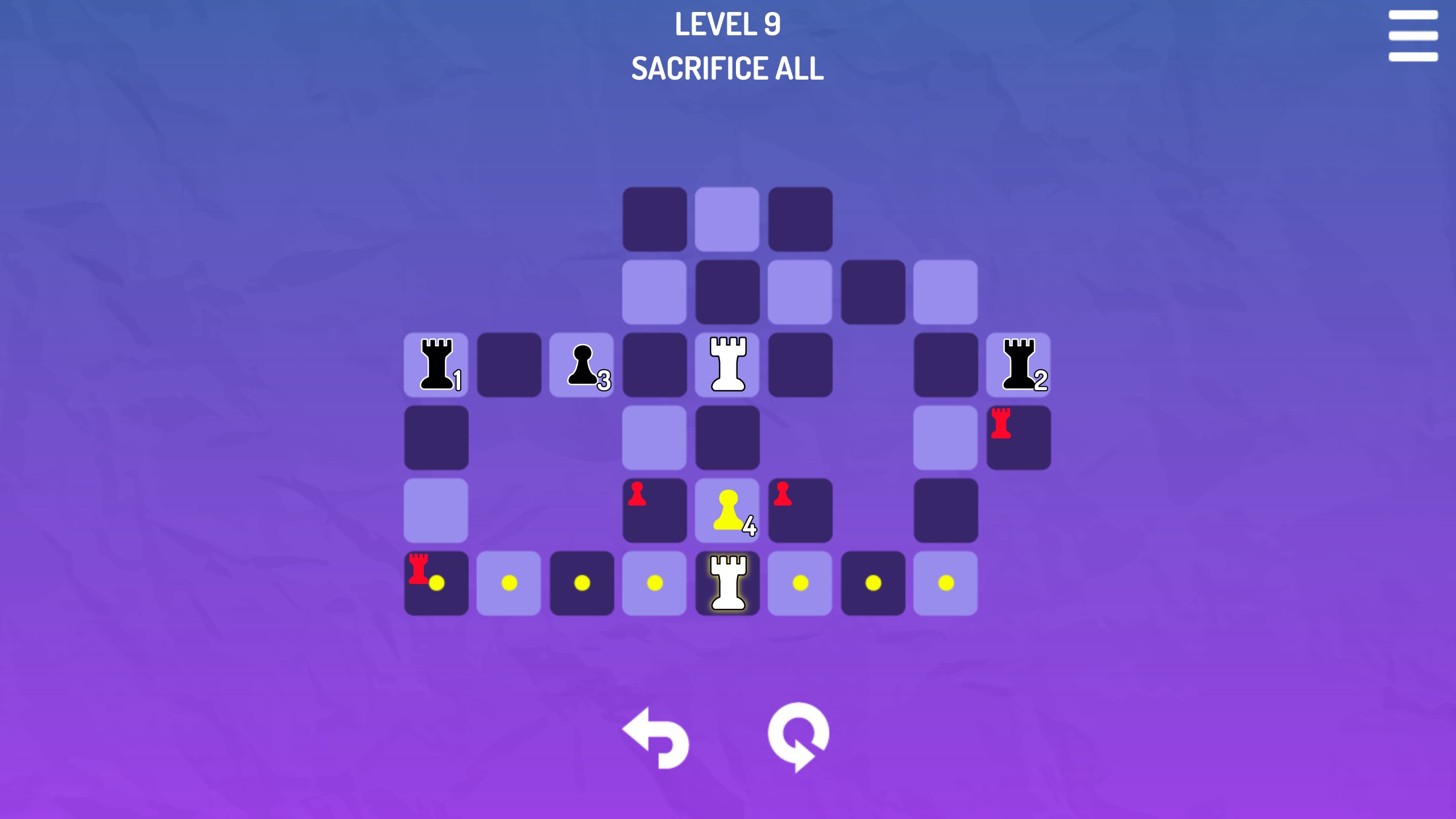 SokoChess launches on Steam tomorrow for $4.99/3.99€ (there will be a 10% launch discount). Definitely worth looking into, at least for desktop users. Steam Deck owners, not so much, unless you have an external mouse connected. Native Linux compatibility is a plus. You can download the demo right now as well so you can dip your toes.