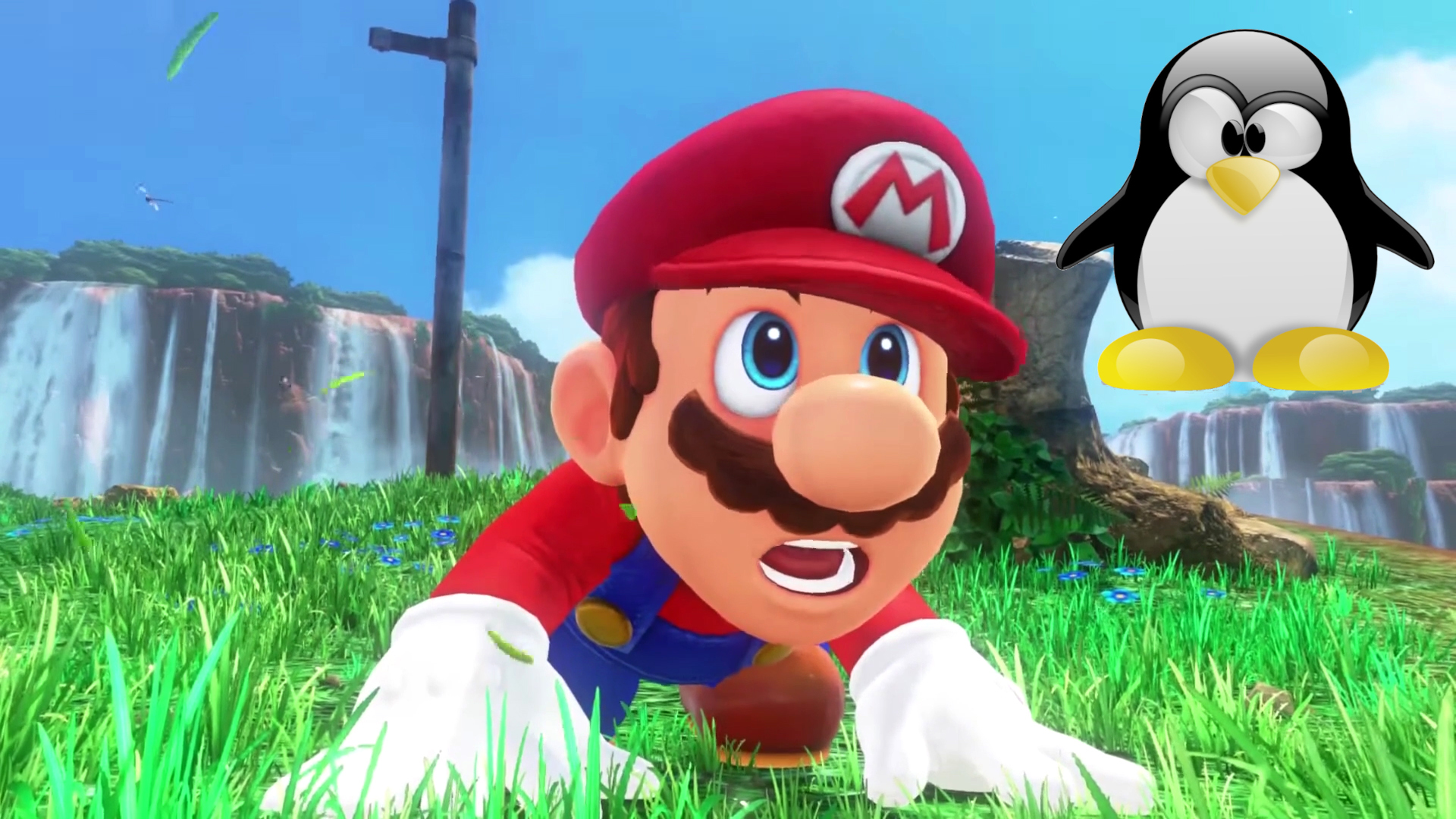 It seems like Nintendo has finally given up the battle. After DMCA-ing the crap out of YouTubers who post videos of the Steam Deck emulating Nintendo Switch games, as well as shutting down unofficial, fan-made projects that make use of their IP, I think Nintendo is finally giving their fans what they want: a proper port of one of their first-party titles on a platform other than their own. Looks like it was done in-house by Nintendo themselves. 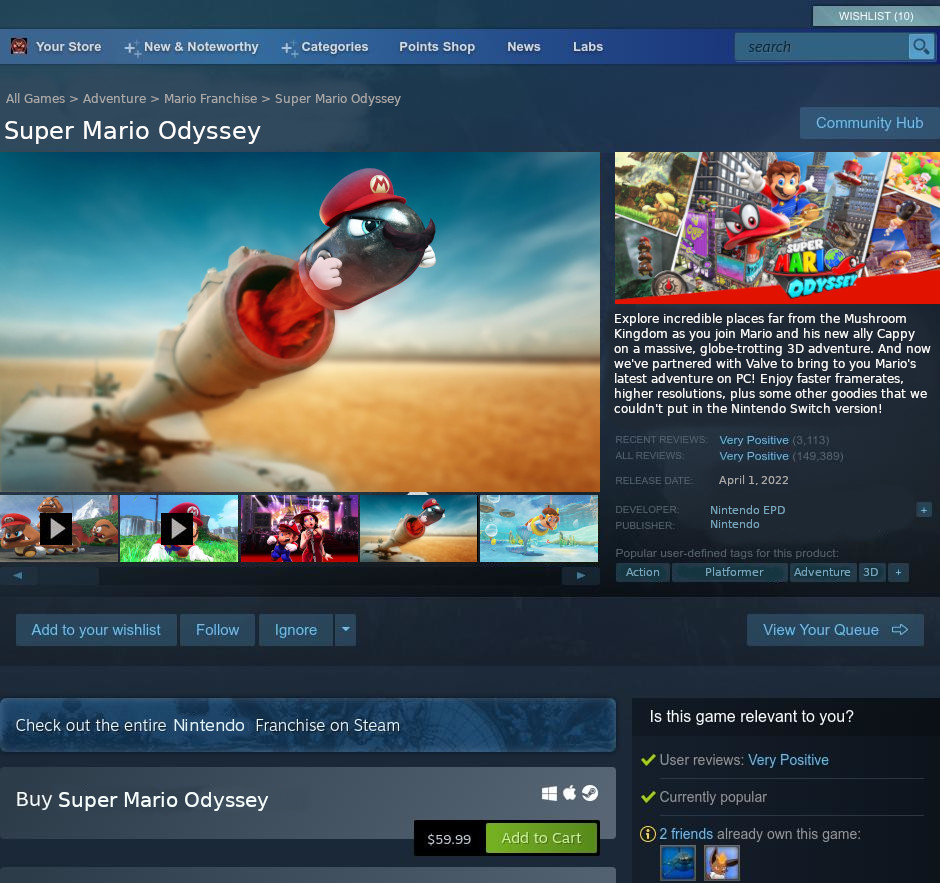 I would have thought that they were going to have their own launcher to play this game, but what took me by surprise is they put Super Mario Odyssey on Steam. What’s even more shocking is that in addition to Windows, there’s a Mac and a Linux version standing right alongside the release.

No way. No way this is happening!

So I bought the game, played it on Arch, and low and behold, it’s working great, and it seems the Linux version is using Vulkan as the graphics API: 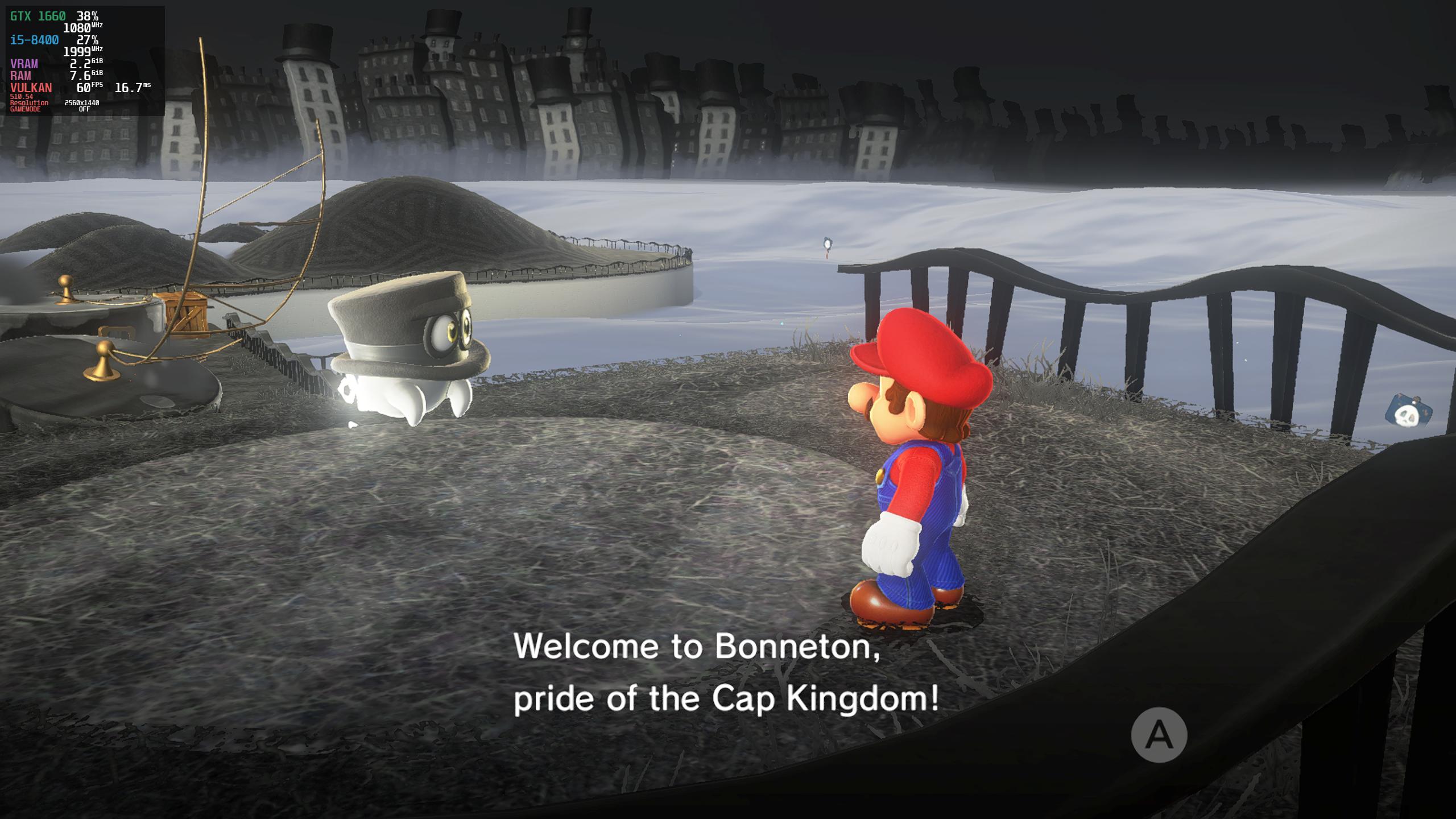 One thing they didn’t update was the controller icons. So, although you could use a Xbox or PlayStation controller, the icons in-game are still for the Nintendo Switch Pro controller. They probably don’t want to acknowledge the other console manufacturers out there.

I really wonder why they did this. Maybe it has to do with the fact that Valve is releasing the Portal series to the Switch this year? If Valve is bringing such a great IP to the Big N’s platform, perhaps Nintendo wanted to return the favor by releasing Super Mario Odyssey on Steam as a sort of “testing” grounds to see how well sales do. It’s like they’re taking notes from Sony and gradually releasing first-party games to PC a few years after their console exclusivity. And I really think Super Mario Odyssey was a good choice, as it’s one of the top ten best-selling Switch games.

Want to try it out yourself? Head over to the Steam store page!