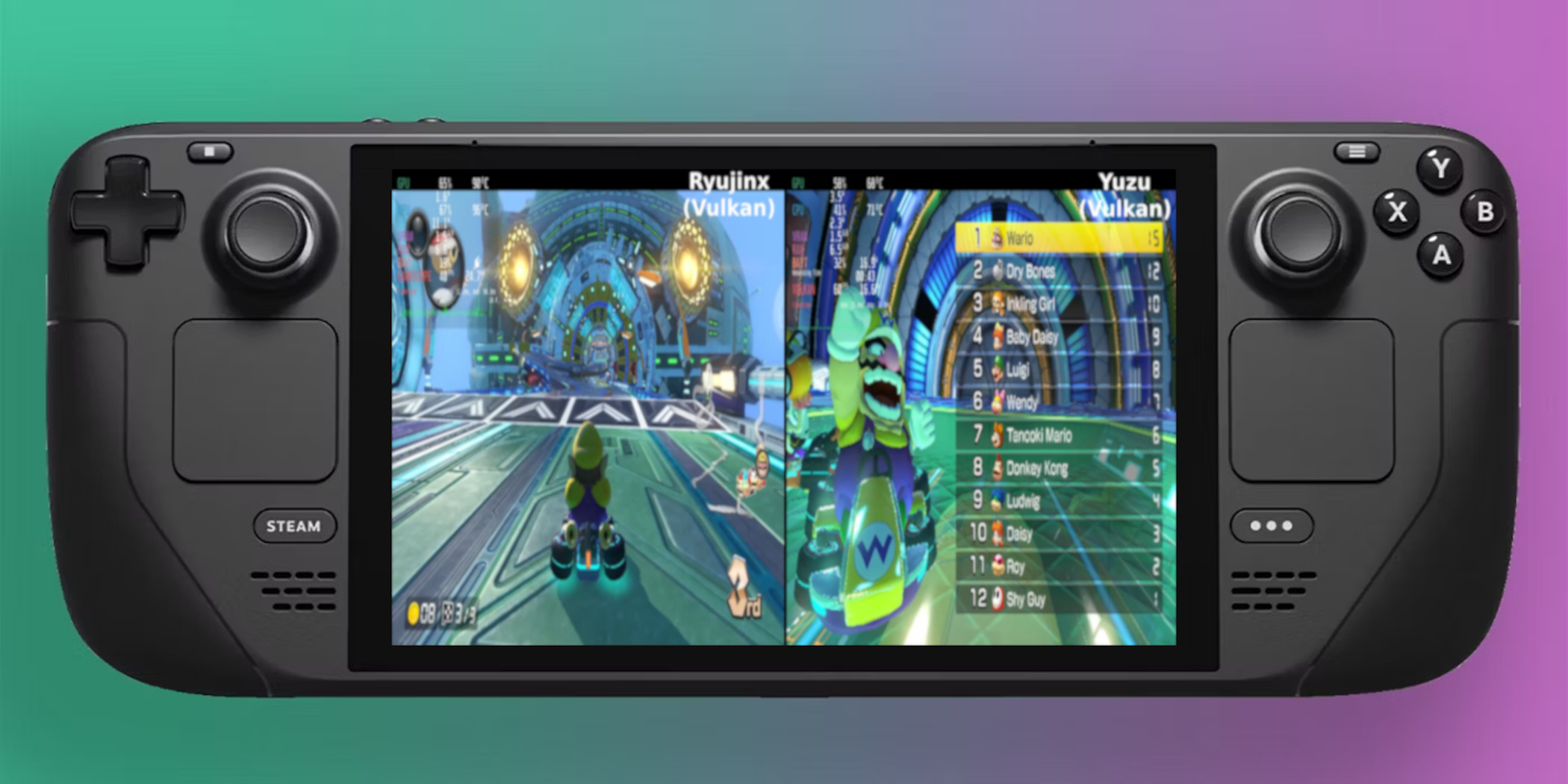 EmuDeck version 0.17.6 just came out a few days ago. For those who aren’t aware, EmuDeck makes it incredibly easy to get emulation of retro to more modern titles set up on the Steam Deck. And what’s nice is combined with the Steam ROM Manager, roms can get added to the Steam Deck UI with nice cover art, and you can launch the game directly through this interface.

So, I went to work doing a comparison of emulating a handful of Nintendo Switch games on Deck with both Ryujinx and Yuzu, using the emulator settings set by EmuDeck. The following games were tested and compared:

You can see the results here. A couple of notes:

Yuzu does better in most cases. Age of Calamity is probably the most taxing game on the Nintendo Switch and poor Ryujinx couldn’t handle much of anything better than 13-14 FPS. I even made sure the shaders were cached by playing the game a bit before recording. That being said, this was tested with OpenGL; Vulkan would be a significant improvement, especially on a device like the Steam Deck. It’s just too bad that I couldn’t use it on this game for the time being.

I should note that if you want to play Switch games on Deck with Ryujinx, you’ll have to launch Ryujinx from the Deck UI and launch your game from there. The ROMs in the Deck UI will use Yuzu.

For more on Switch emulation on Deck, check out the comparison that I did with OpenGL vs. Vulkan on Ryujinx.

Read other posts
← Portal Steam Deck Skin: So Good You Would Think It Was From Valve News for July 30-August 5 (New Steam Deck Skins are in, EAC Breaking on Arch Users, Vulkan on Ryujinx, Deck Now Available in Asian Markets) →