ProtonUp-Qt 2.7.6 Improves Lutris Game Detection and the Installation of SteamTinkerLaunch 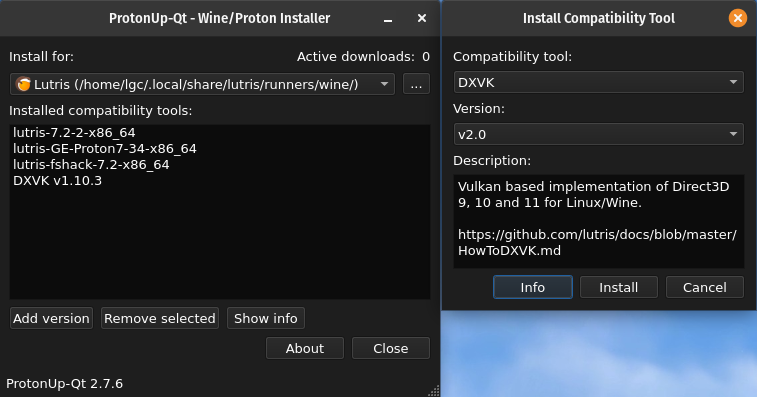 The popular ProtonUp-Qt application for easily obtaining the latest version of GE-Proton (as well as GE-Wine for Lutris, etc.) has been updated. These changes come from sonic2kk, the person who made modding Sonic Frontiers possible on Linux with SteamTinkerLaunch. Changes are as follows:

Get the release on GitHub. See my guide for getting ProtonUp-Qt set up on your Steam Deck or Linux desktop.