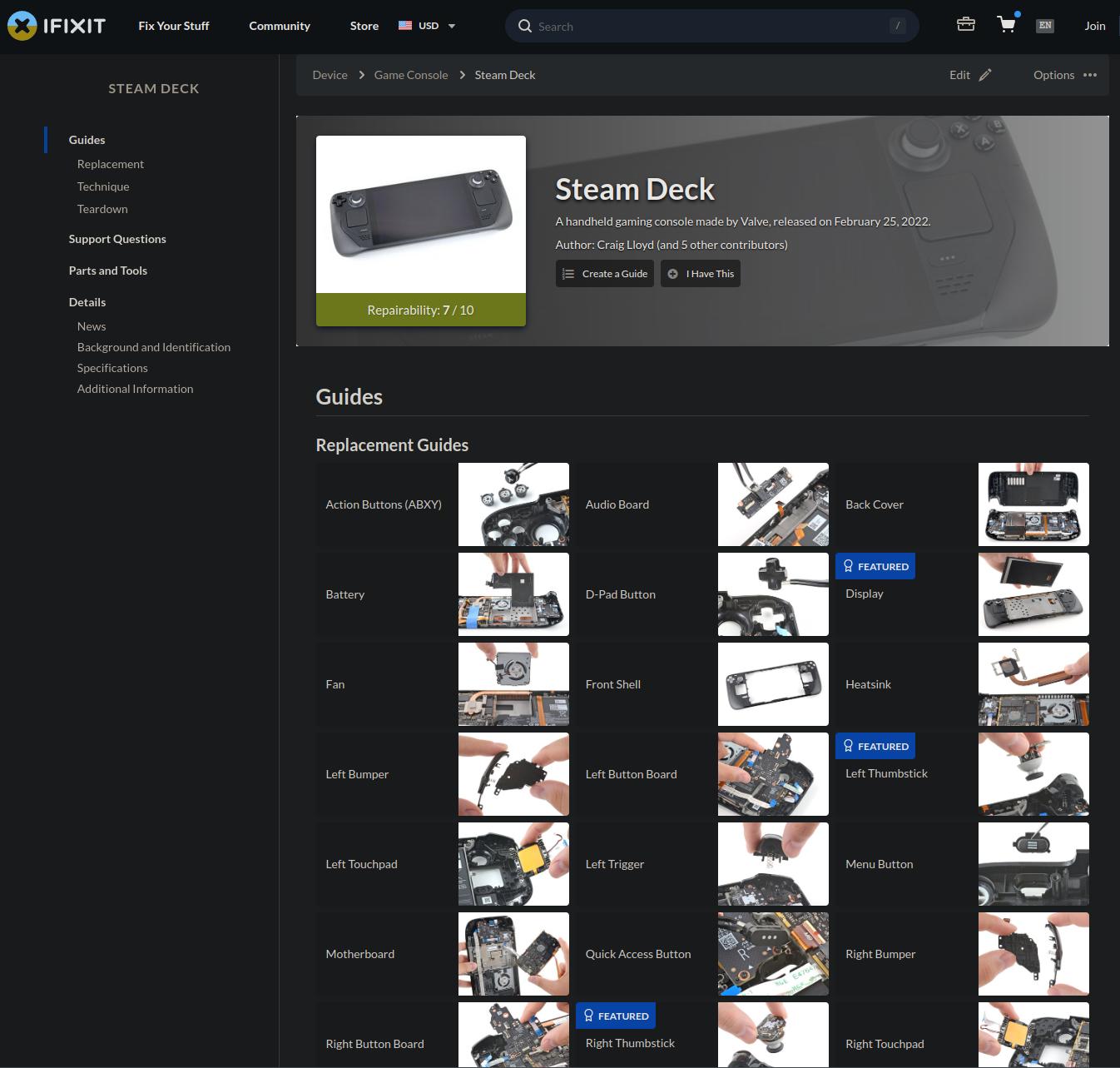 Following the news that iFixit somehow “accidentally” leaked the Steam Deck parts page, the page quickly got shut down. Orders that were made while the page was live were still honored though.

Just a few days later, though, and the page is now back up. Unsurprisingly, some of the components are either unavailable (such as the battery and the screen) or have limited quantities. Once the parts do become available, though, you could technically build your own Steam Deck, although it’s going to be a lot more pricey than buying it through Steam. A lot of the other parts though have plenty in stock should you need to replace anything if you already have the device. Thumbsticks are available for $20/piece.