Metroid Prime – The Greatest Game of All Time 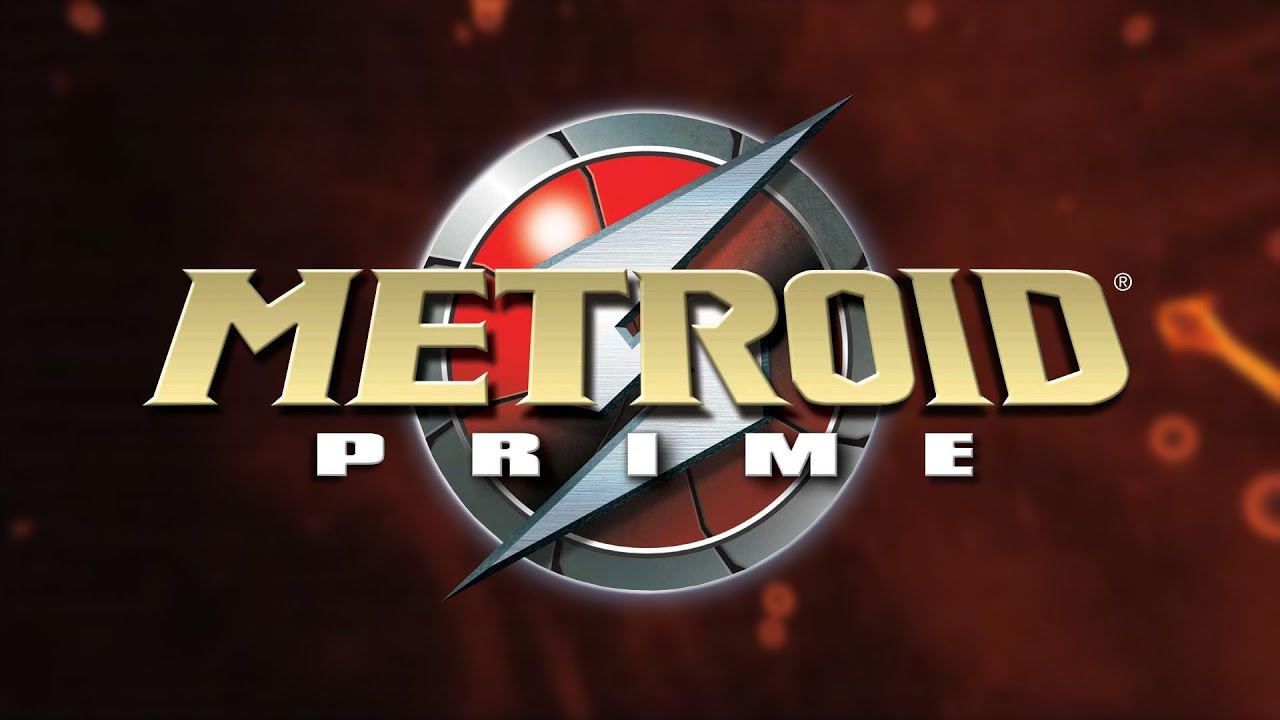 Well, the day has already come upon us. That is, the 20th anniversary of my favorite game of all time. No, I’m not talking about Smash Brothers, despite my passion for that game. Smash gets a lot of respect in its own ways. But I’m actually referring to Metroid Prime. A game that, as many people can attest to, has helped them to deal with dark or otherwise tough times. The game that helped them to cope with life’s challenges. A podcaster who I follow recently talked about how Prime helped him to cope with the loss of his mother, rather than resorting to drugs or alcohol.

That’s deep, man. And while I can’t say I’ve used the game as a coping mechanism, I can certainly see how it’s helped people in many ways, mentally and emotionally. That’s how much of an impact Metroid Prime has on fans of the Metroid series. It’s one of those games where you can just sit at the title screen for ten minutes without jumping into the game, because the music is that incredible. The fact that Retro Studios managed to successfully translate the traditional, 2D side-scrolling Metroid games of the past into 3D and in first-person is a whole different topic in of itself. 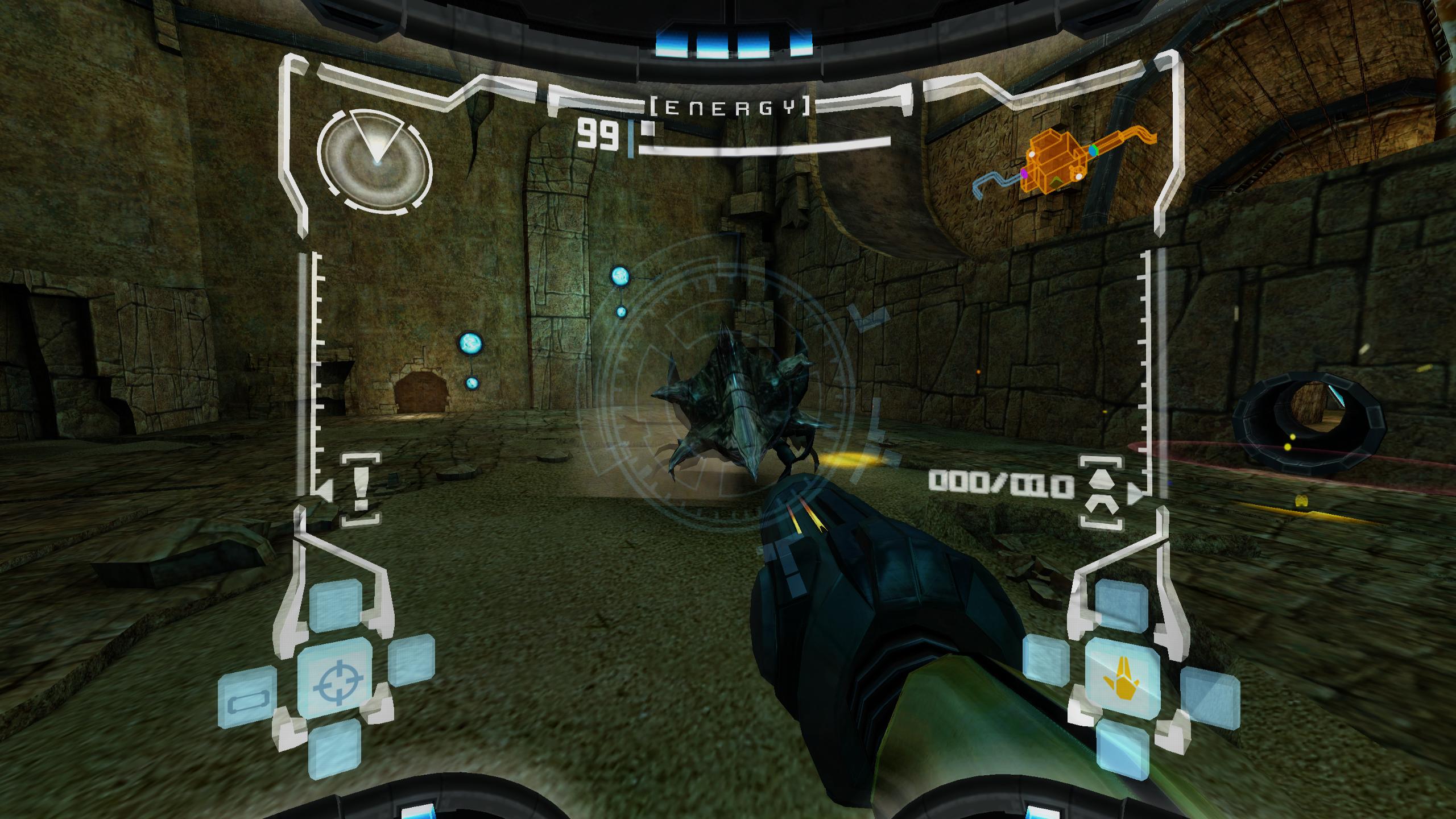 While this might not have anything to do with Linux directly, I simply can’t go about my daily tasks without talking about the game that has had such a profound impact on not just me, but many, many others.

I remember my older brother getting a copy of the game. I was almost eight at the time. Thus was my introduction to the Metroid series. I played it, and remember the haunting experience that I got playing through the Frigate Orpheon level. The eerie music, the feeling of suspense as Samus travels along this ship strewn with space pirates, some of which were limping and on their last breath.

Then getting to the boss, the parasite queen. Then defeating it, then that intense emergency evacuation music that shortly followed. It certainly caught my attention, but admittedly, as an eight-year-old, I was terrified. 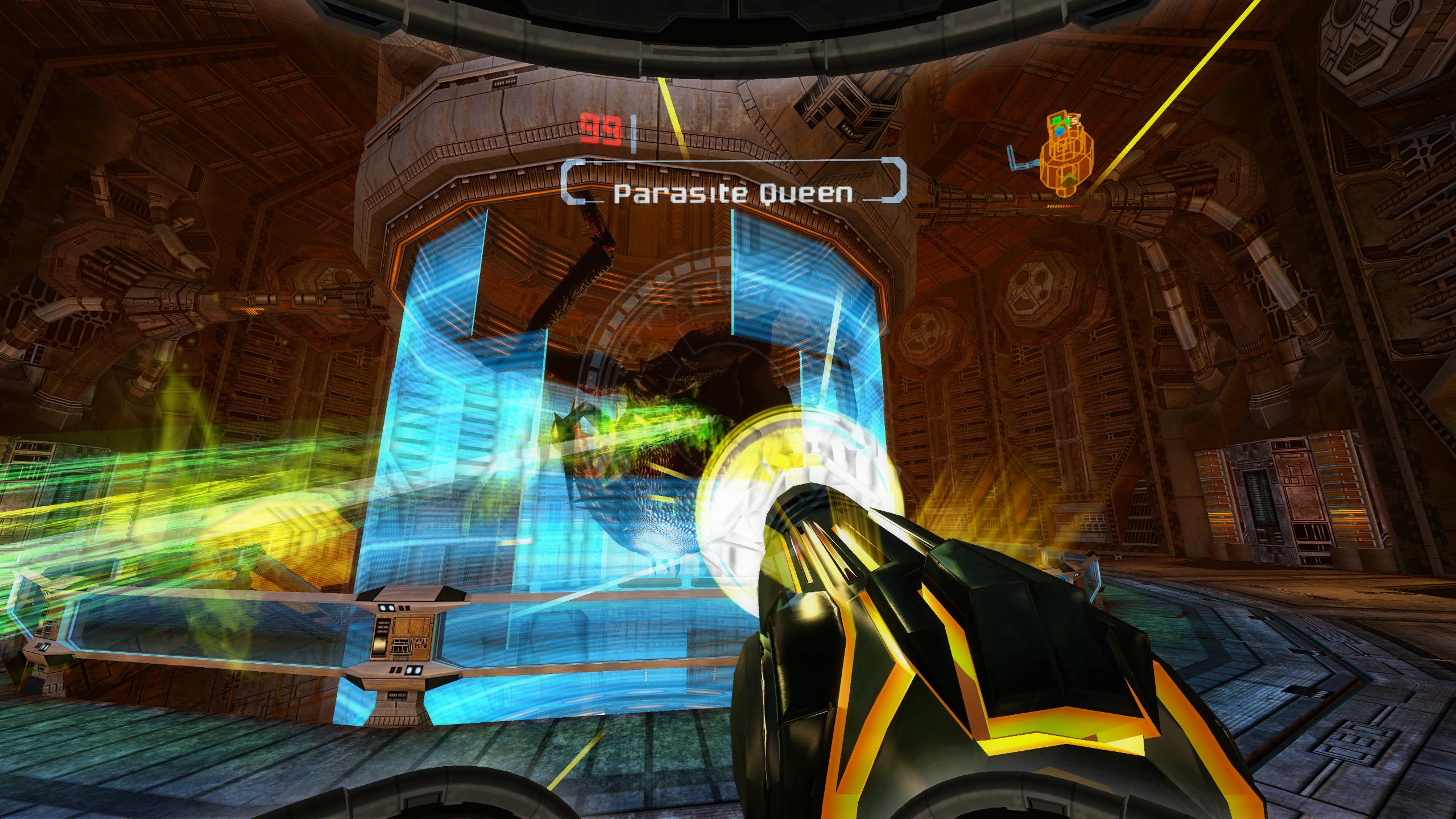 Still, I kept playing. I felt a measure of relief when things calmed down after Samus lands her ship on Tallon IV. The soothing music combined with the rain. All of the first 15 minutes of gameplay follows the same suit as Super Metroid: explore a level, find a boss, evacuate the area immediately, then the calm after the storm.

And it’s still a game I play to this day. Not every day, but every once in a while. Just to re-live the epic story. All subtly told without these huge cutscenes getting in your way. Nothing to really show off. No talking either. As one artist that I interviewed put it, “Show! Don’t Tell.” It must have been a miraculous engineering effort just to get the game to render at a smooth 60 FPS, even during cutscenes, on a 485 MHz CPU and just 43 MB of RAM. And it’s a game you look back on and you’re like, “How on earth did they get those graphics so good?”

And the music too. The soundtrack was composed by Kenji Yamamoto. He was reported as saying it was made “to satisfy old Metroid fans. It’s like a present for them.” This is due to the tracks containing samples from the previous games in the series. For instance, Magmoor Caverns' theme is based on Lower Norfair from Super Metroid. Tallon IV’s theme is a reinterpretation of Brinstar from Metroid. There’s a beautiful variety as well. Please listen to Phendrana Drift’s theme if you haven’t. It’s probably the most calming, beautiful track I’ve ever listened to. 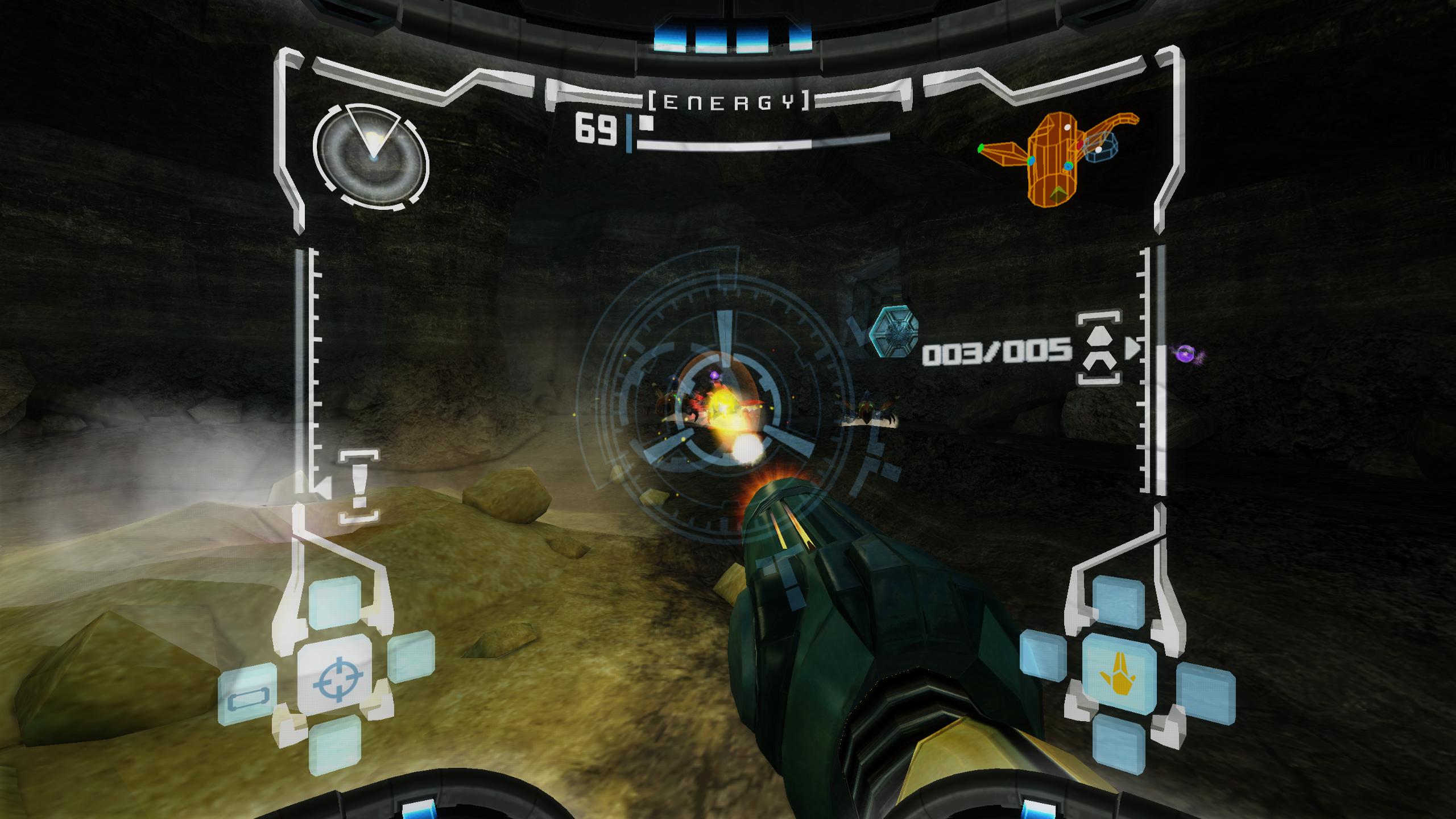 It’s just so hard to find any flaws with Prime. If I wanted to, this post could easily be four or five times the length that it is, with me praising every little aspect of it. But, I’d rather not bore you with the minute details.

Super Metroid released to the world in 1994. Some folks, to this day, refer to it as the best game of all time. But many years had passed without a Metroid game. There wouldn’t be a sequel during the Nintendo 64 era; producer Shigeru Miyamoto mentioned in an interview with IGN that Nintendo “couldn’t come up with any concrete ideas…at that time.” Metroid co-creator Yoshio Sakamoto had apparently mentioned somewhere that he couldn’t imagine how the N64 gamepad could be used to control Samus. When a third-party company was asked to make the game, the developers behind the company evidently declined because they thought they couldn’t equal Super Metroid.

So in comes Retro Studios, formerly known as Iguana Entertainment. I won’t get too much into the history of this company, but it’s certainly worth looking into if you have the time. The company was working on four prototype games for the GameCube. But the studio was collapsing – none of their prototypes were making any progress. Massive layoffs followed. Miyamoto visited the office in Austin, Texas in 2000. The only thing that kept Retro alive at that time was their first-person shooter engine. Somehow, Miyamoto had faith that Retro could turn around with this engine, and he entrusted them with the Metroid license. He suggested them to work on Prime. An American-based studio working with Japanese developers – imagine that. Retro cancelled all four of their prototype games in favor of working on this. The rest is history.

Believe me, despite being given the license to work on a Nintendo IP, you would not want to have been involved in the crunch during development. Ever work 80-100 hour weeks? That’s what happened during the last nine months of development. “Once we hit the Metroid cycle, I think it took us almost six months to do the first level that Nintendo approved, then we had less than a year to do the rest of the game,” former senior artist James Dargie says. Another developer was quoted as saying, “I think it was nine to 10 months of over time of at least minimum 12-hour days. I worked 48 hours straight on that project without sleeping. It was the worst.” Along with scrapping most of the work they had already done when they first used a third-person perspective. And scrapping the work for implementing Kraid. Now American developers would get a small taste of the Japanese work culture. “We were just all beat down. We were just abused dogs…that last year of development was just incredibly awful.”

Fortunately things would turn around for the better when Steve Barcia was replaced with Michael Kelbaugh in 2003. According to Polygon’s interview he “brought a better working environment, more stability.”

Despite fans criticizing the first couple of trailers that were shown for the game, thinking that Nintendo/Retro couldn’t revive the Metroid series in the same light that Super Metroid did, look at where the game is today. It has a Metacritic score of 97. 97!! It’s one of the highest-rated games on the site! The fact that people are still talking about this game 20 years later, including myself, indicates it has left a powerful impact on gamers around the world. It’s currently the sixth best-selling GameCube game, selling 2.84 million copies.

You might have played Prime quite a few times. But if you haven’t tried, you should give Randovania a shot. Using this tool will shuffle all the items in the game, forcing you to think in new ways to get to the next area. It’s a great way to get a fresh experience every time you play. 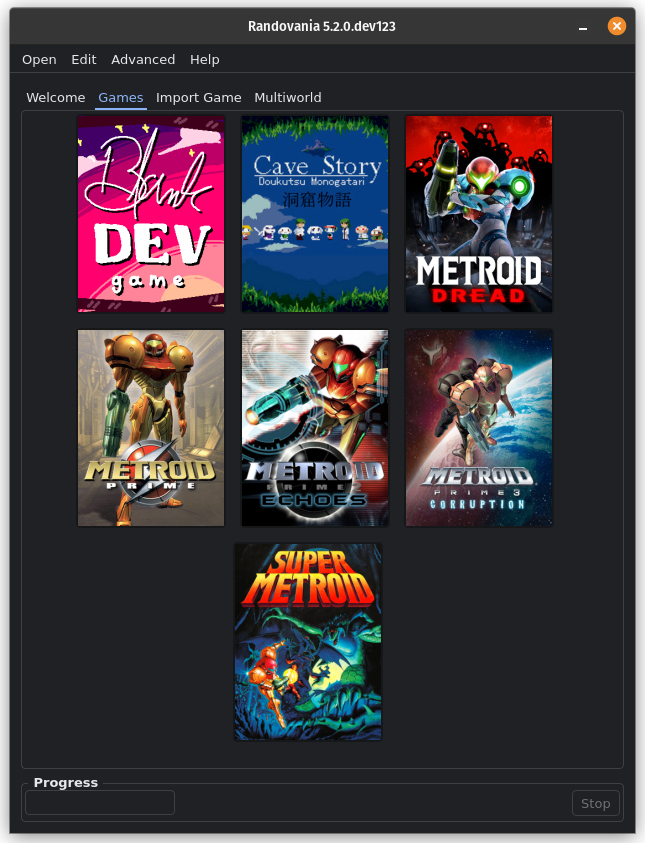 There’s an unofficial remaster that you can try out. This not only increases the graphics quality, but it also allows keyboard and mouse controls, dual-stick gamepad support, adjustable FoV, and customizable HUD elements and suit variations.

Getting it to run on Linux is a bit of a PITA. Therefore, I have a guide for getting it to work nicely on Steam Deck. The great news is you can actually use this in conjunction with the randomizer. 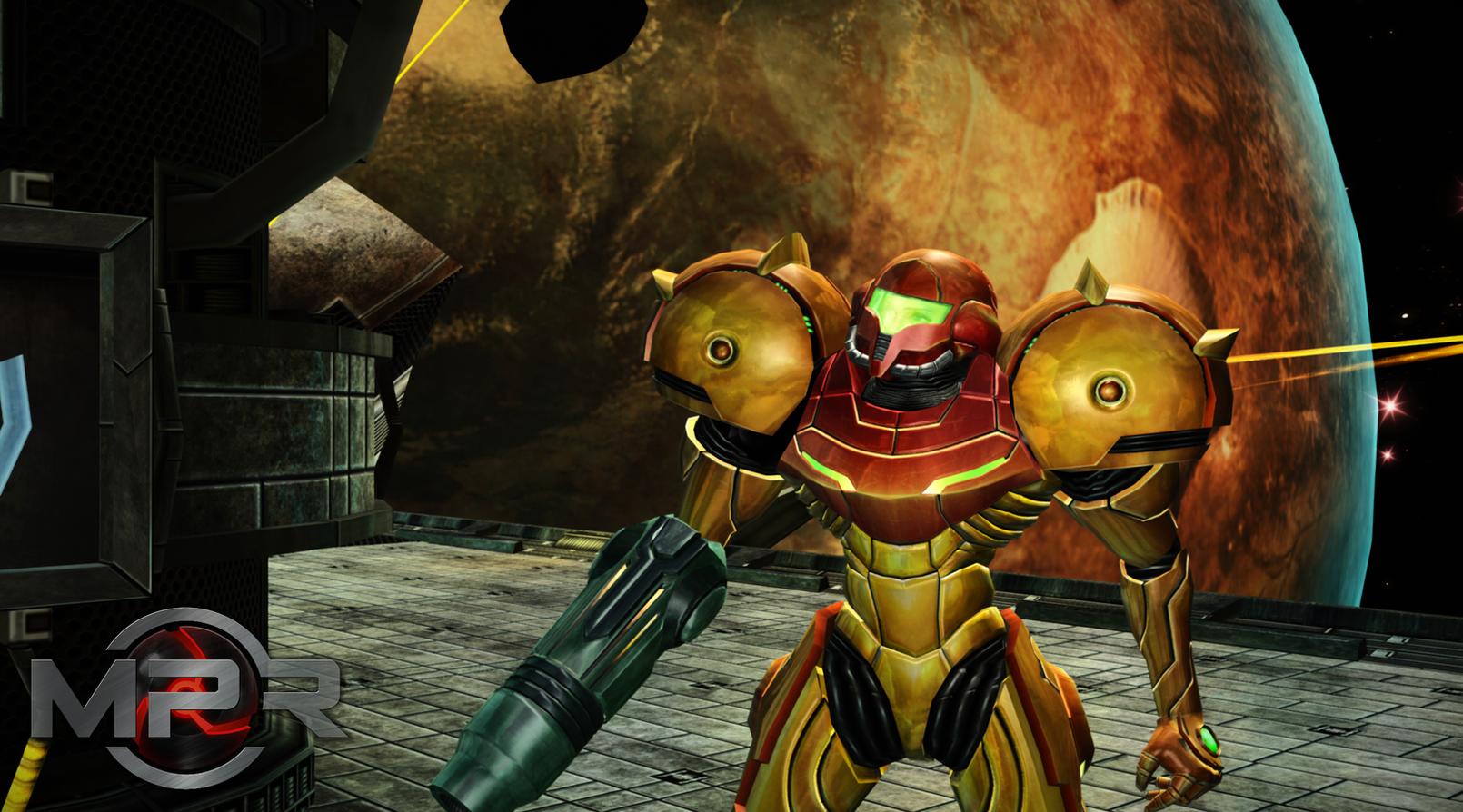 Also, be sure to check out the interview that I had with the devs/artists last month.

A Thank You to All Involved⌗

Time will fail me if I go on to relate the work that it took to get the morph ball working properly, getting the different visors to look and behave the way that they do, and just…so much other stuff that has given this game its legendary reputation. Retro Studios, I can’t thank you enough from the bottom of my heart for getting through that ridiculous crunch, losing sleep time, losing time with family, just to get this game out. Words alone can’t describe my gratitude for Prime. It’s certainly my go-to whenever tough times arise.

Thanks also go to various contributors: the Dolphin developers, for making emulation of this game possible on Linux; the devs behind Metaforce, for reverse-engineering the game to allow it to be played natively on Linux, without the need for an emulation layer; the devs who work on Randovania, for giving us a fresh experience every time we play Prime; and the devs/artists who work on Metroid Prime Remastered, for making an already great-looking game even greater. Notice that all of these projects are open-source! 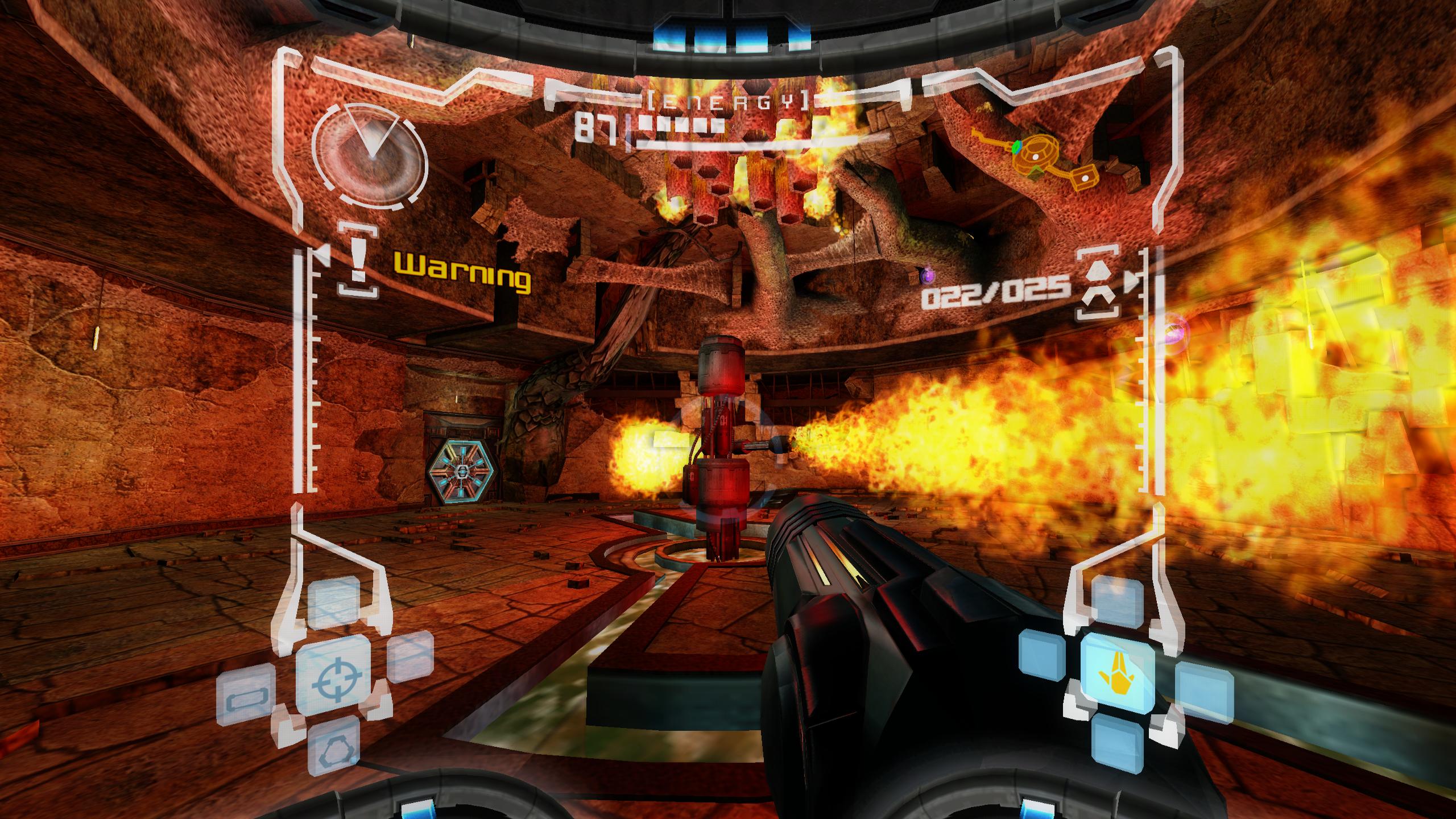 More thanks go to people like Kiwi Talkz, who has interviewed various ex-Retro Studios employees, and the various fan sites like Shinesparkers for keeping us up-to-date on all things Metroid. Certainly Did You Know Gaming also deserves credit for their discoveries and interviews, as well as Matt McMuscles for covering “Metroid Prime - What Happened?” I’m probably missing quite a few others; feel free to let me know who I’m forgetting to mention.