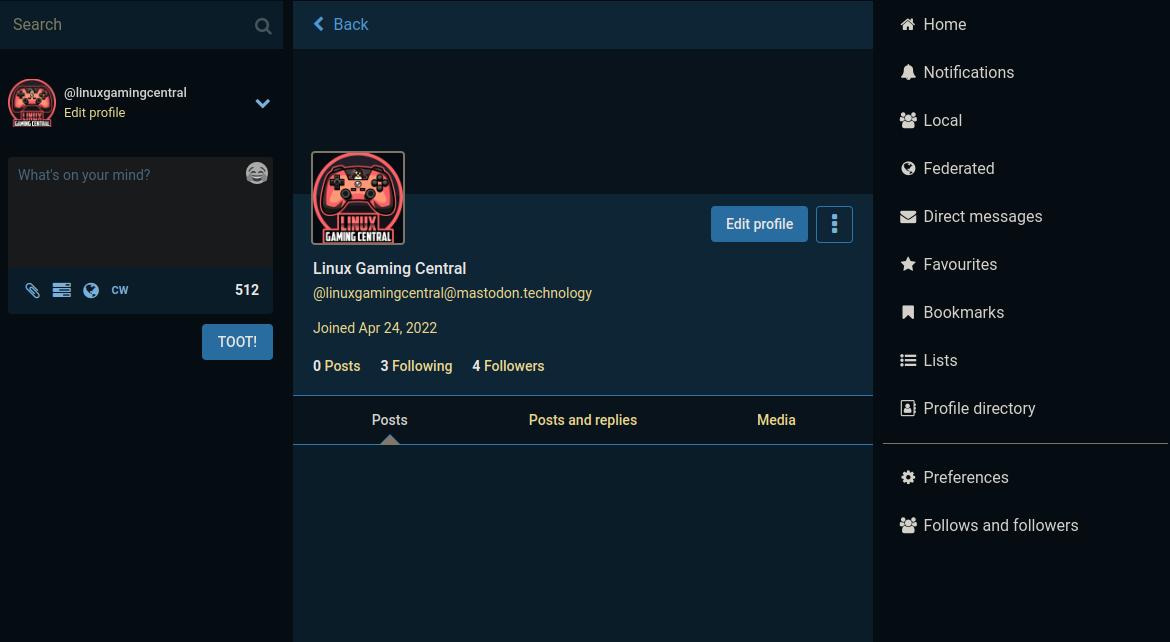 So, those of you who may have been turned off by the fact that I initially went with Twitter can now rejoice, since I’ll primarily be using Mastodon as a means of social media for LGC. Twitter will be a backup in the event I need to get a hold of someone that otherwise isn’t available on Mastodon.

Not going to get into the whole Musk buying Twitter thing, but that was part of the reason for the move. Whether he’ll actually shape up Twitter to be a better place, I have my doubts. The move to Mastodon also has to do with the fact that I want to use FOSS as much as I can with LGC. That’s why I use Matrix rather than Discord. Speaking of that, if you haven’t already, drop by the Matrix room and say hello.

Give me a follow on Mastodon. The Social page has also been updated with this link.