The demo for Kirby and the Forgotten Land was released on the Nintendo eShop a day less than a week ago. Pretty good game if I say so myself, albeit for the somewhat unsettling Mouthful mode. I dumped the demo and put it on my desktop, and, of course, it runs day one on Ryujinx, the Switch emulator. Lots of stuttering (that’s the shaders getting cached), but after the shaders have been cached it runs decently. It even runs on AMD with the Vulkan PR. 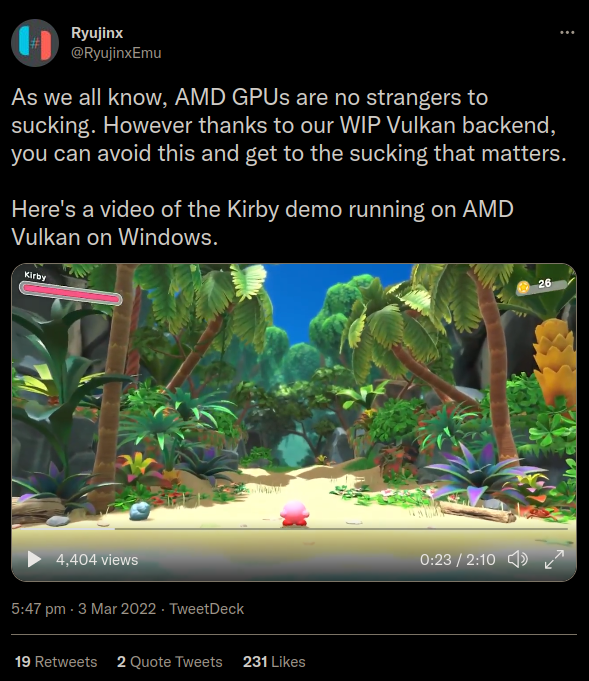 Unfortunately, even with vsync off, the framerate won’t go past 30 FPS. I’m really hoping someone comes up with a 60 FPS patch when the full game comes out. But in the meantime, you can run the demo at higher resolutions than 1080p, thanks to Switch emulators. And who knows – I might have a review on it here if you guys would be okay with that. 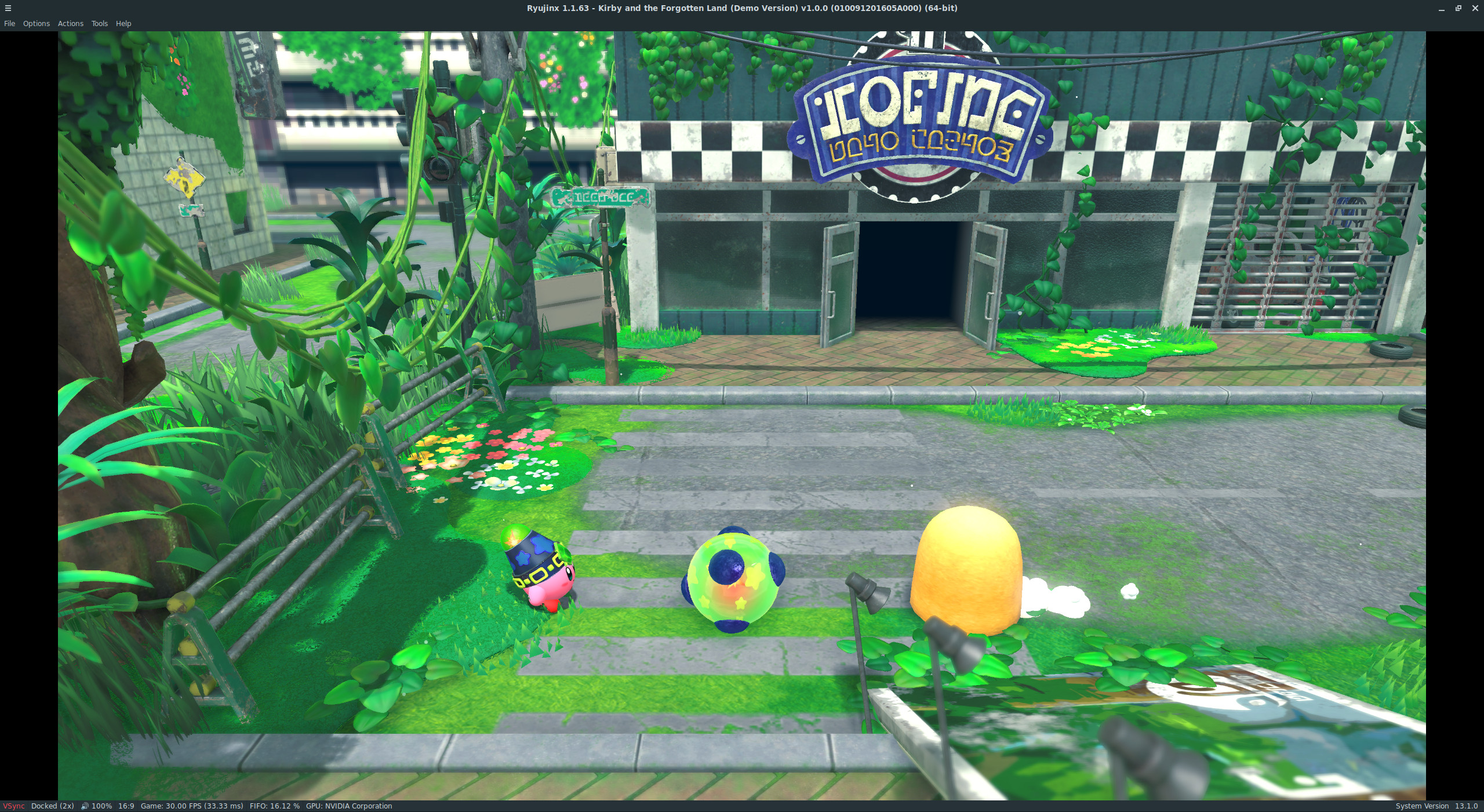 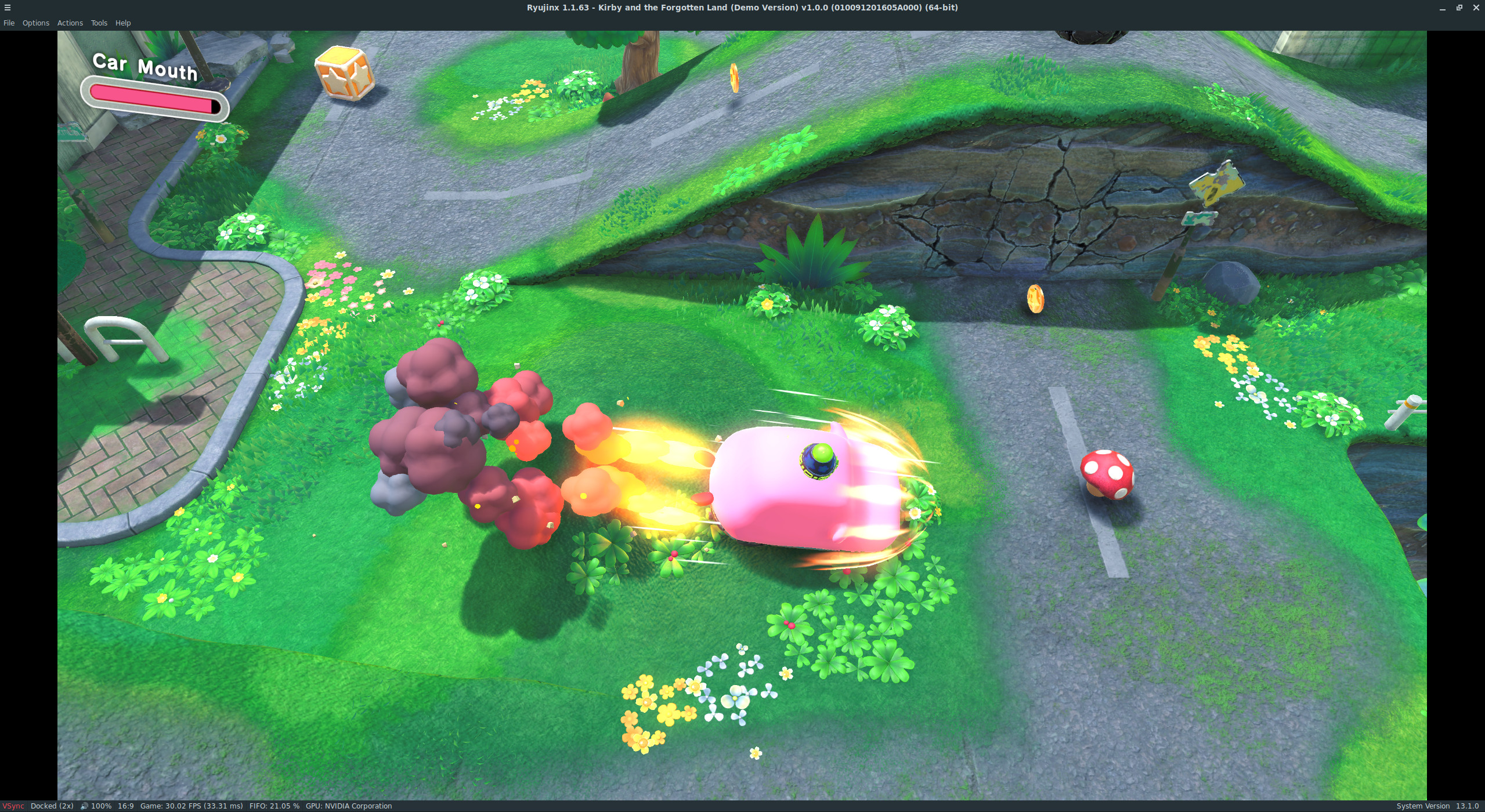 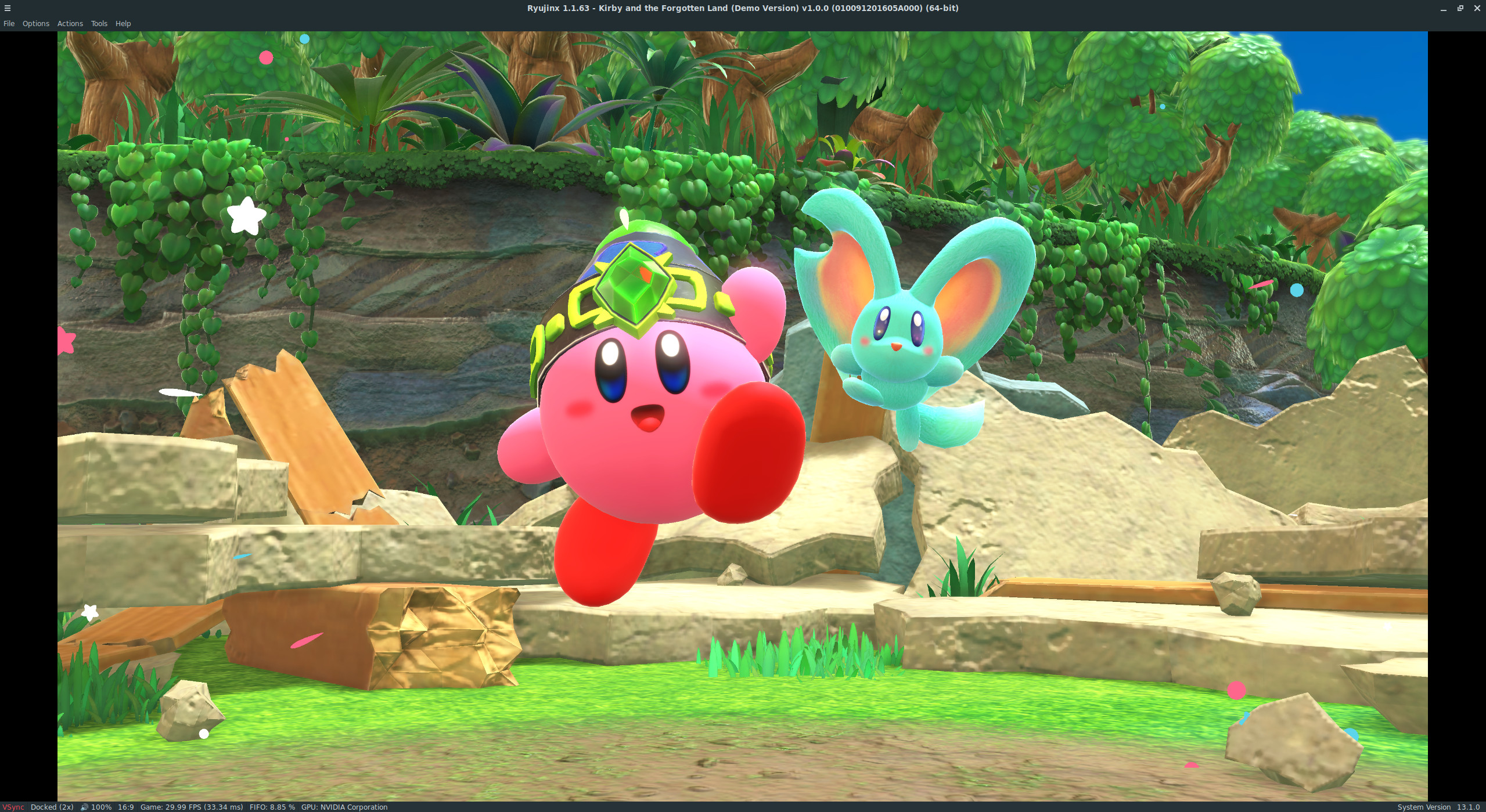 Read other posts
← So I Got the New Kudu by System76 Your (Weekly?) Dose of Steam Deck News →