Itorah is a metroidvania-style platformer developed by Grimbart Tales and published by Assemble Entertainment. You’re in control of a purple-haired girl who has the same name as the title of the game. She can’t talk, but her axe sure can. If you’ve played Indivisible, this game is a lot like that.

Itorah is the only human being left in the world of Nahucan. Everyone else is an animal or a masked organism. Her goal is to uncover her past, while exploring hand-painted environments inspired by South and Central America. Biomes include temples, forests, fiery dungeons, stormy cliffs, and others. While she uncovers these biomes, she’s put under the task of finding the cause of a plague and destroy it. If the plague isn’t contained, it poses the threat of consuming everyone and everything on the planet. Some characters will help her on her journey, others may pose a threat. There’s no voice acting in this game, albeit for the grunts when a character’s text bubble pops up.

Itorah can jump, wall jump, sprint, attack with her axe…typically supplied with any sort of side-scroller. The game seems to strike a good balance between puzzle-like mechanics that need to be solved in order to explore further (such as figuring out the right time to hit an explosive barrel to destory a barrier, or trying to ascend from a strong wind without hitting any harmful object), and areas where she has no choice but to fend for herself against an onslaught of creatures. Creatures can include spiders, eagles, slimy eyeballs that can extend spikes from themselves, and others.

She can upgrade her health and her stamina by visiting a certain village, talking to the right being, and having enough crystals (which can be obtained by defeating enemies or opening certain chests) to spend along with another type of item.

The axe is Itorah’s only weapon in this game, but thankfully she gets new abilities throughout the time she spends on her journey. What could only be a three-hit ground attack can now be charged into a stronger attack. What gave her so few options for air attacks now allows her to take a third jump into the air. What gave her only close-ranged attacks can eventually let her throw the axe like a boomerang. These new abilities also give her access to new areas that she previously couldn’t explore. 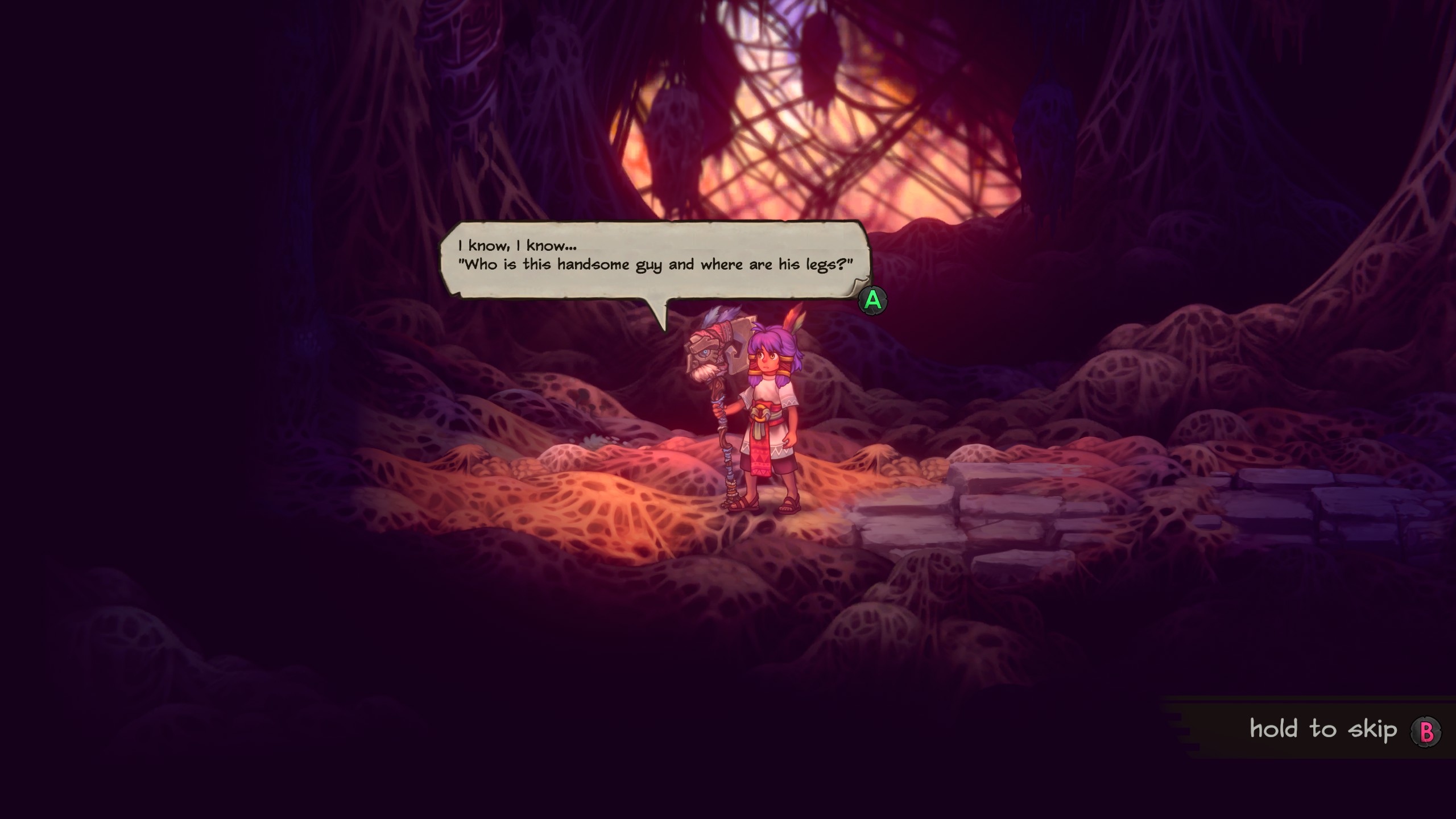 Itorah can fully recover her health at a campfire. This will also save your progress. If she doesn’t have convenient access to one, she can recover some of her health when the appropriate button is pressed. Only some health is healed though, and at first she can only do it once before visiting a campfire. The amount of health she recovers and the amount of times she can do so can also be upgraded. The process is pretty much the same as upgrading health or stamina; by spending enough crystals and having the appropriate item. Unfortunately, this is pretty much it as far as upgrades go. She can’t recover stamina any faster, her attacks can’t get any stronger, and her combos can’t extend.

I have to say a great amount of attention was given to the artwork. It’s very good. Even when charging for a strong attack or looking around, the artists were keen to give Itorah every frame she needed to make the animation look good. That’s one thing I will praise the game for. The soundtrack is also decent for what it’s worth, and changes dynamically depending on where Itorah is or what she’s doing. Characters are also unique, from their personality to how they look, and I’d say they blend in pretty well with the world that they’re in.

Combat can be a bit irksome. Sometimes Itorah will strike the enemy with a strong attack for no apparent reason. Strong attacks take more time to hit and leave Itorah vulnerable for a longer set of time. When I could’ve scored the last hit on the enemy to take him down Itorah instead takes up damage from him because of the time leading up to the stronger attack. In a future patch I’d like to see this removed, unless the player explicity holds the attack button down for a strong attack. 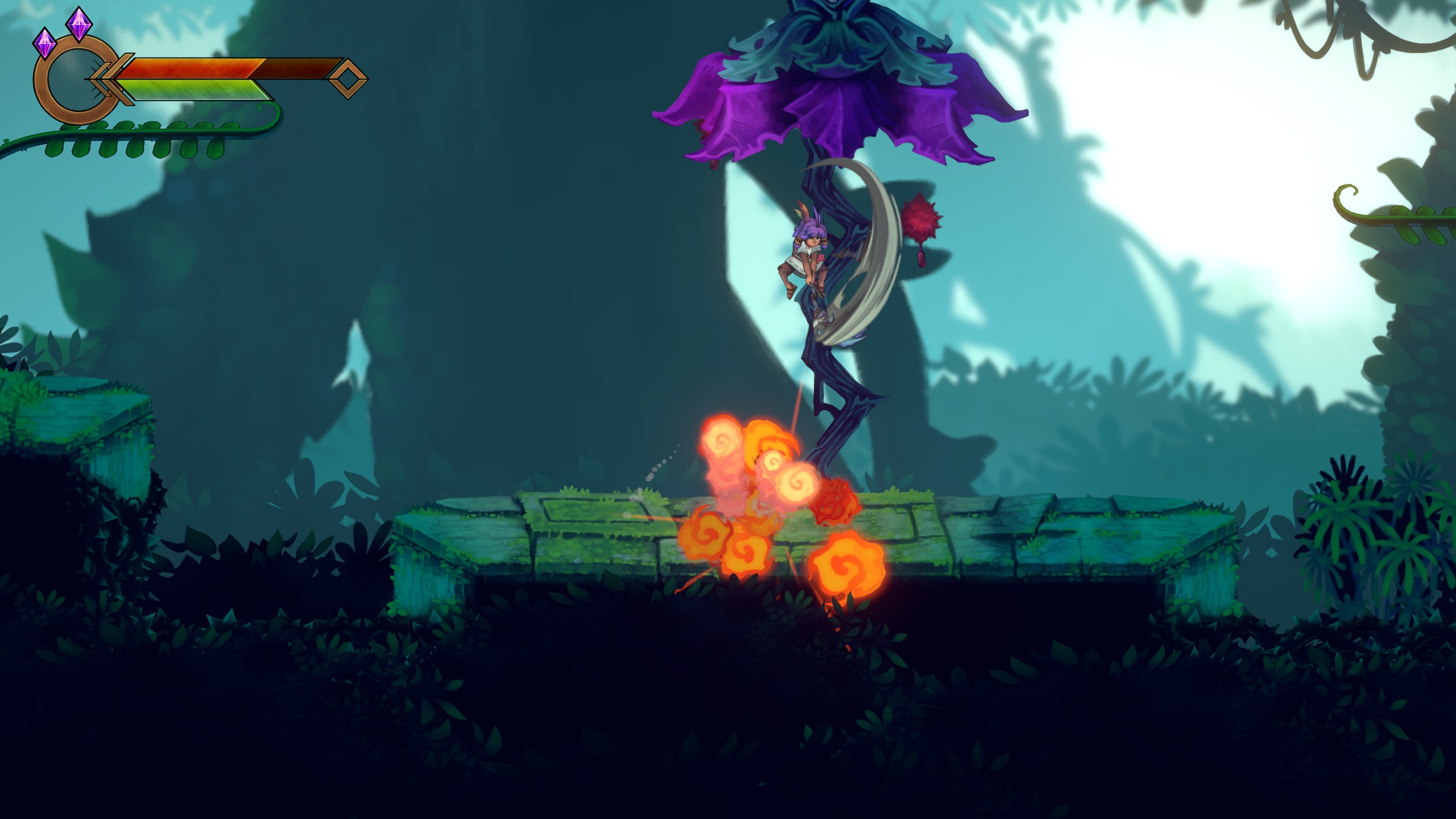 Another aspect regarding the combat is it’s a little barebones. Most enemies can be defeated by just mashing the attack button, or waiting for the appropriate time to strike. This is where combo extensions could have helped, or have one enemy vulnerable to one particular element but resistant against another. This is something that definitely could have spent a little more time in the oven.

Some enemies are annoying, and oftentimes there’s no need to fight them. Birds can be tricky to hit and usually are best left ignored. The dodging mechanic in this game is also a bit…dodgy. Sometimes Itorah won’t roll when I want her to. It works great for the times when she does roll, but sometimes she doesn’t seem to co-operate when I press the B button.

Bosses are a little more meticiously crafted though. Yes, those are here, and each one has a different strategy and attack pattern from the other. I only got one game over throughout the time I played the game, however. So, if you’re looking for a challenging platformer, this may not be the game to get. 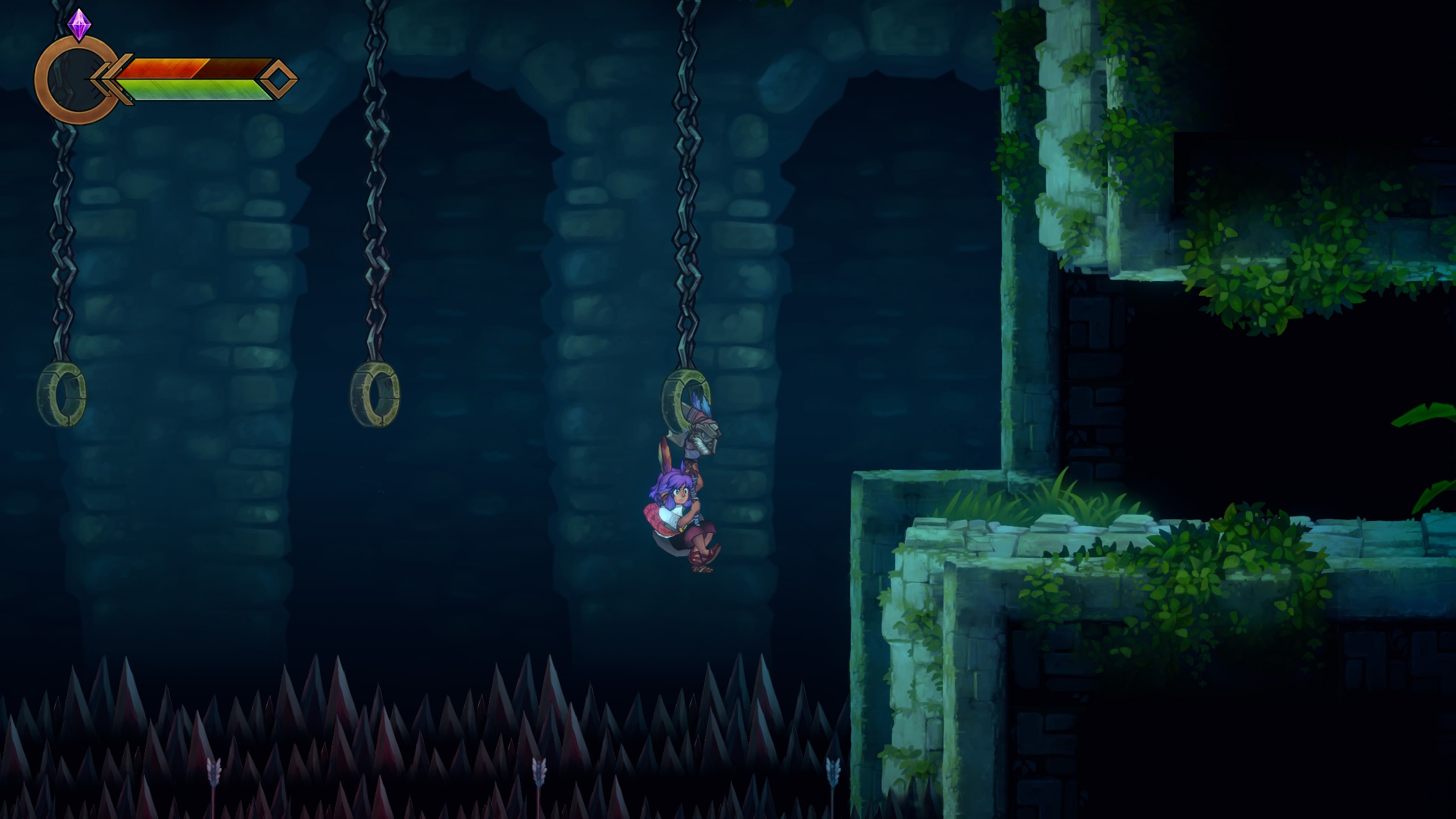 I would have liked to see a fast travel option. Later on in the game there’s different places to go, and the repetitive dashing and jumping your way across long stretches of land, always having to deal with the same type of enemy – this becomes a bit of a chore.

Took me seven-and-a-half hours to finish the game. Better than a five- or six-hour campaign, but not as good as ten hours.

So, here’s a TL;DR of my impressions of Itorah. 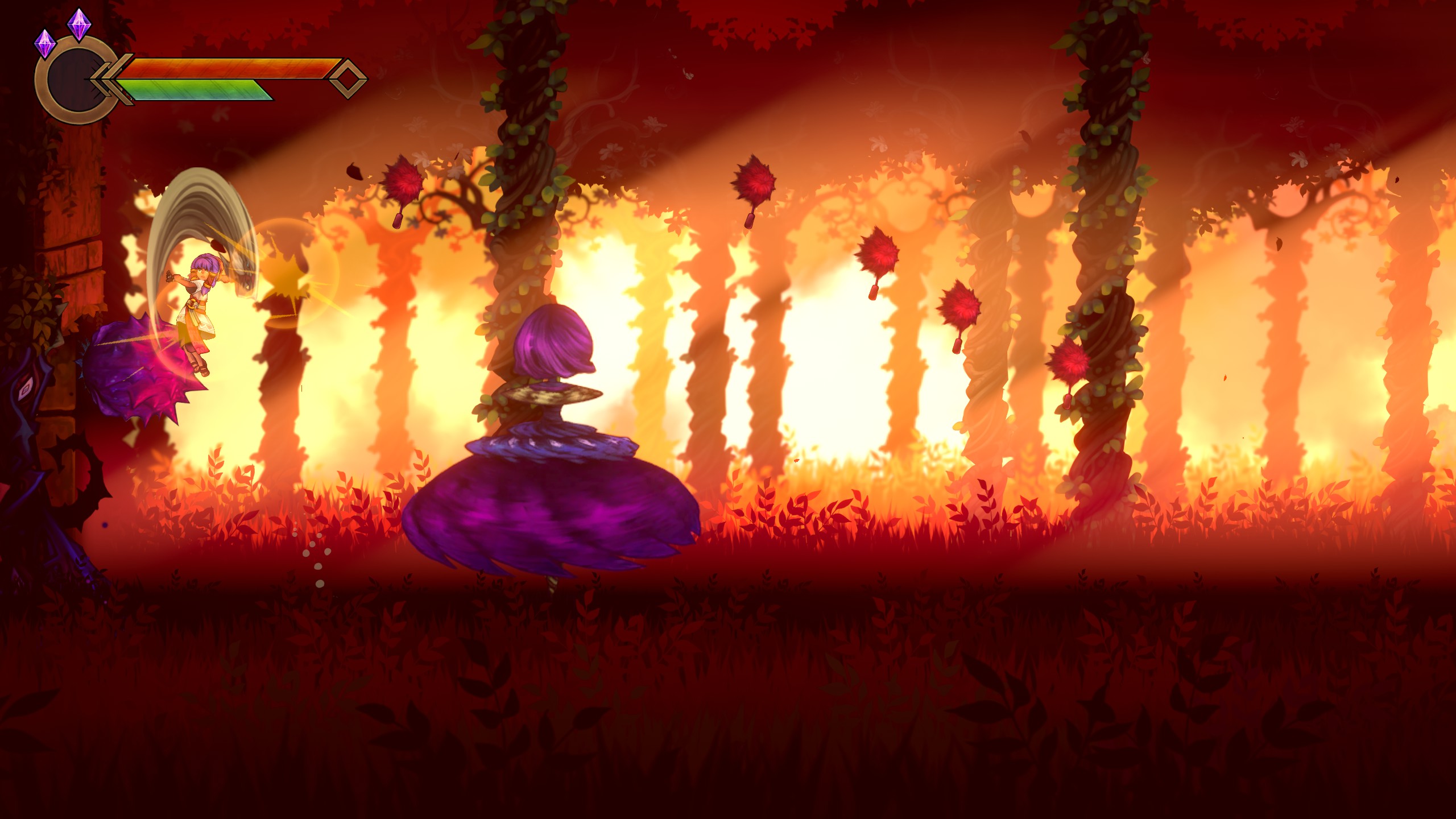 Works great out of the box with Proton 7.0-1 and Proton GE. Everything works as expected. If you’re using a PlayStation controller the in-game button icons will be Xbox. No need to use GameMode or FSR for a game like this, and it uses less than 8 GB RAM on a 1440p screen. I have no doubt in my mind this will be a great game to try on the Steam Deck.

Itorah is on sale on Steam for 15% off until Friday. Decent game to pick up if you’re a Metroidvania fan and you can forgive the somewhat mediocre combat and upgrade options.