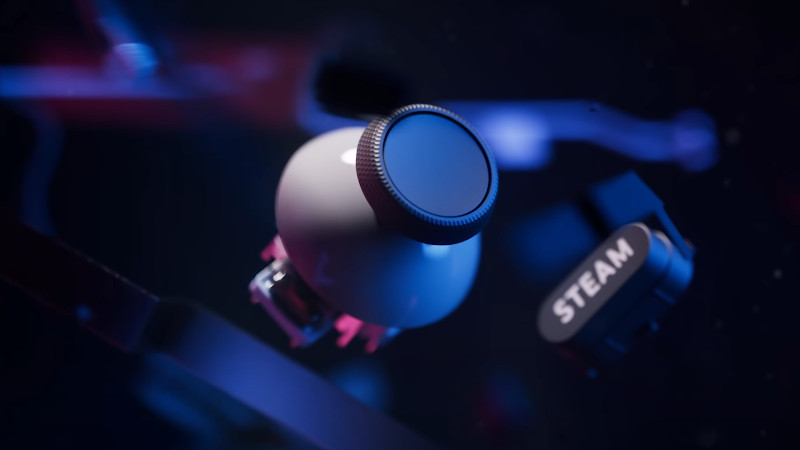 About a week-and-a-half ago, Valve opened up Steam Deck repair centers. My close acquaintence, Matthew Anderson (ChimeraOS contributor, based in the US), made good use out of them when the fan in his Deck was making loud grinding sounds. I’m documenting this in case you’re curious how long it takes to get your Deck back or what exactly happens after it’s been sent out, should you decide to send it for repair.

Matthew sends a ticket to Steam Support on Saturday, September 10th. Valve got back to him the following day with a pre-paid shipping label. He drops off the package the following morning on Monday, shipped via UPS to Salt Lake City, Utah. The repair center gets the device on Thursday, September 15th. Could it be that it got in the hands of Gaben? 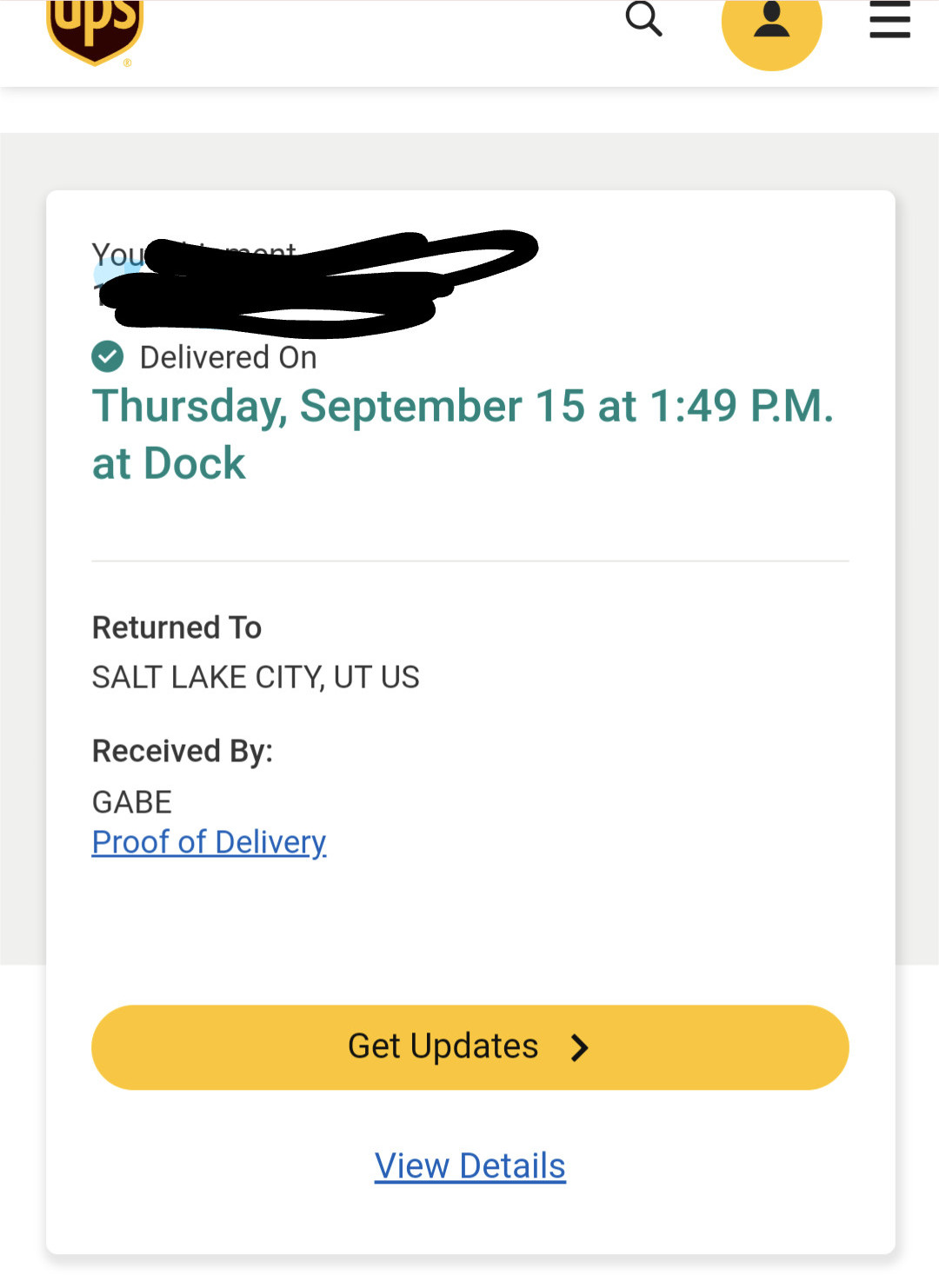 On Saturday, the 17th, Matthew gets an email from Steam Support saying that the repair can’t be done “due to delays or other factors.” So they send a replacement unit instead. I’m guessing it was faster just to send a replacement rather than putting the Deck on a waiting list for repairs. The next day, Valve ships the replacement via FedEx. 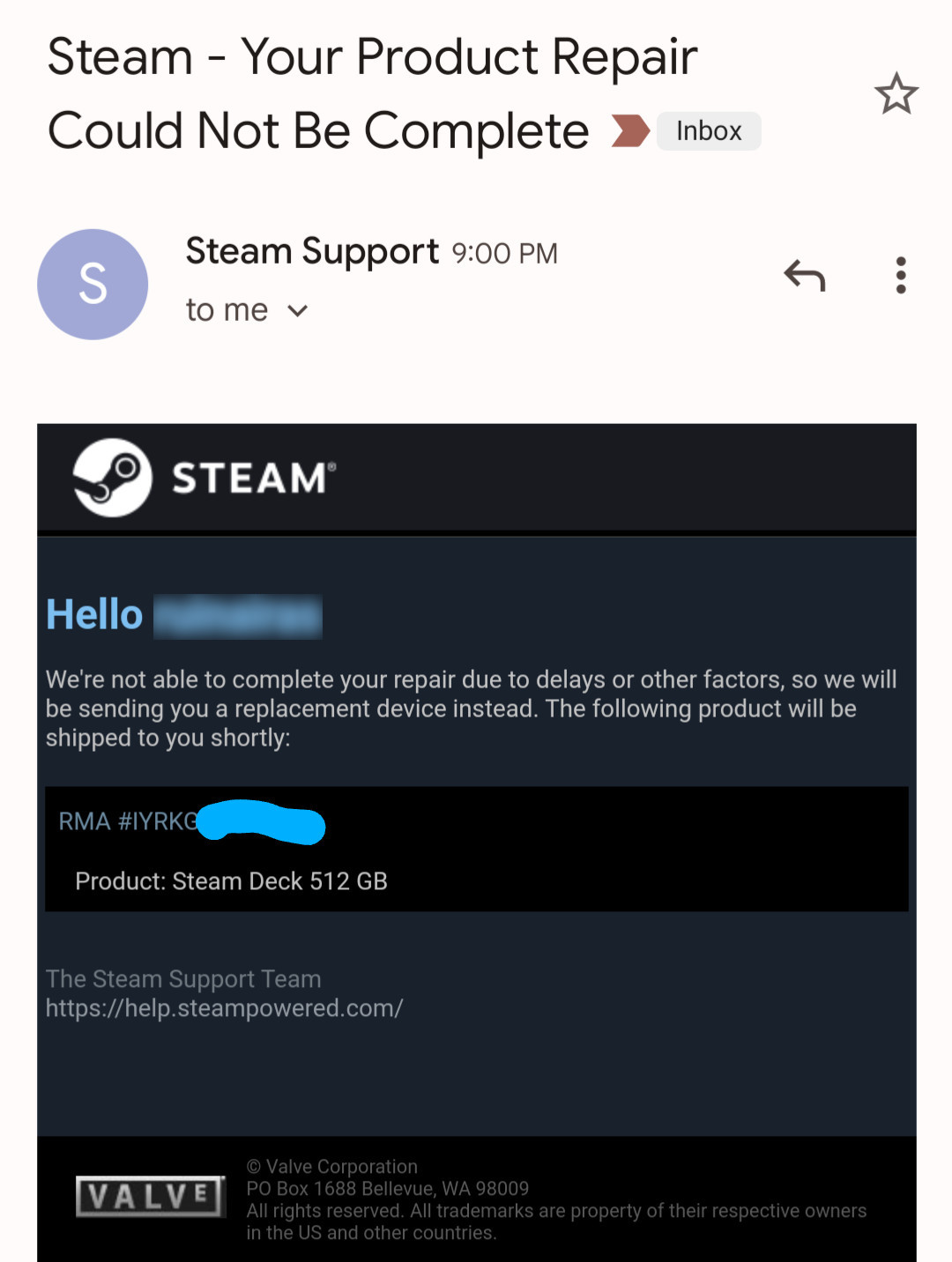 And today, on the 20th, his replacement Deck is now in his hands. Matthew has reported the following differences with his new Deck over the old one:

Very similar to Gardiner’s findings, albeit the latter didn’t report on the white zippers or the brighter screen.

So the takeaway is this: 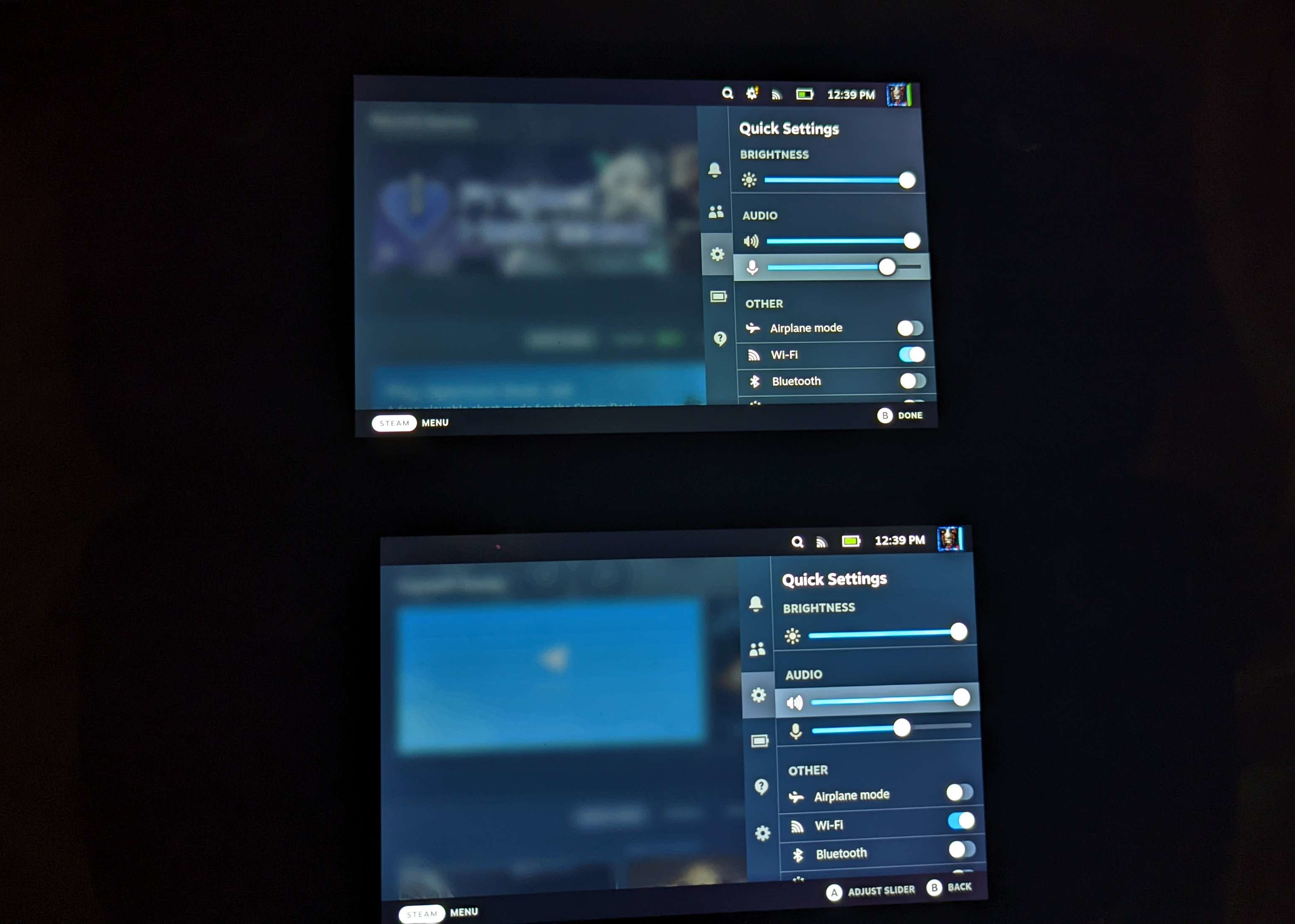 I would say you would be better off just getting some spare parts from iFixit and fixing the Deck yourself should you run across any problem, but you’re not only paying for parts; you still have to wait however long it takes for the part to show up. So it might be best just to take advantage of your warranty and send it to a repair center.