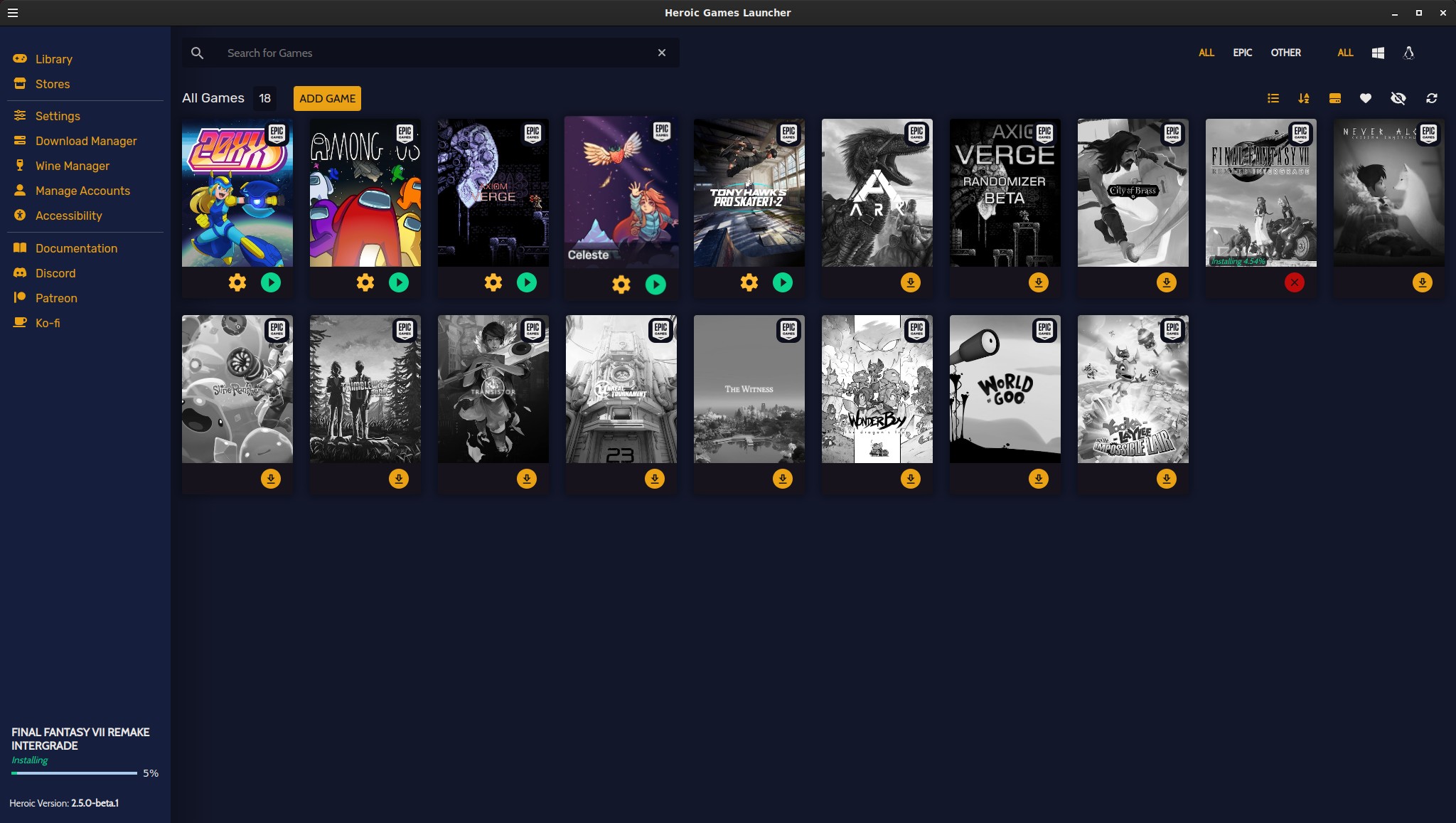 A month-and-a-half after the previous release, the Heroic Games Launcher has “tons of commits” for us to look forward to. Awesome features included in this update are:

The patch notes mention that you may want to clear Heroic’s cache before using this version to avoid a few bugs. On Linux, the cache is located in ~/.config/heroic/Cache/Cache_Data.