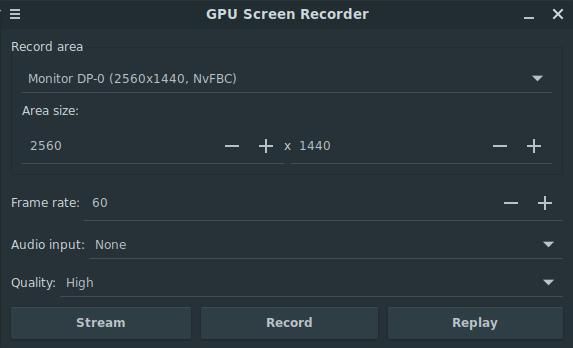 Don’t get me wrong; OBS is a great tool to record your screen, regardless of what operating system your using. But you might have noticed something while trying to record gameplay on Linux: the CPU gets taxed quite a bit, even when using the NVENC encoder on NVIDIA GPUs. As a result, the framerate drops.

Introducing a new, open-source screen recorder: gpu screen recorder. The developer of this project claims this significantly reduces CPU usage, “at around 0%” due to keeping the window image on the GPU and sending it directly to the video encoding unit with CUDA. GamingOnLinux had also recently touched on this.

I recorded some footage of the Metroid Prime remastered mod with this. The result came out pretty good! File size was fairly large at 1.5 GB (about 16 minutes of footage, so roughly 1 GB for every 10 minutes) at High quality, but I didn’t notice any slowdowns playing the game while recording. 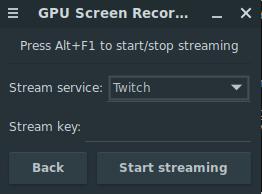 What I appreciate about this screen recorder besides the reduced CPU usage is how dead simple it is to use. On the GTK frontend, all you have to do is select a window (or record the entire desktop), adjust the resolution, framerate, and quality, and if you want to include audio as well just select your audio playback device from the dropdown menu. From here you can stream to YouTube or Twitch, record, or save a “replay” at a default duration of 30 seconds.

If you prefer a CLI-based version instead, you can do that. You could run this, for example: gpu-screen-recorder -w $(xdotool selectwindow) -c mp4 -f 60 -a "$(pactl get-default-sink).monitor" -o test_video.mp4

Keep in mind the following caveats, at least for the time being:

Interested in trying it out? On Arch you can get it from the AUR (this is for the GUI version). Otherwise you’ll have to clone the repo and run the build.sh script. Dependencies needed include gtk3, libx11, libxrandr, and libpulse (which, I believe, is in addition to the dependencies needed for the CLI version: glew, glfw3, cuda, ffmpeg, libxcomposite, libpulse-simple).

I definitely recommend giving gpu screen recorder a spin if you want an easy-to-use interface while also keeping your game’s framerate intact while recording.

Read other posts
← Yup, Pinebuds Are Actually a Thing Play Metroid Prime in Stunning HD with MPR (With Wine, for Now) →