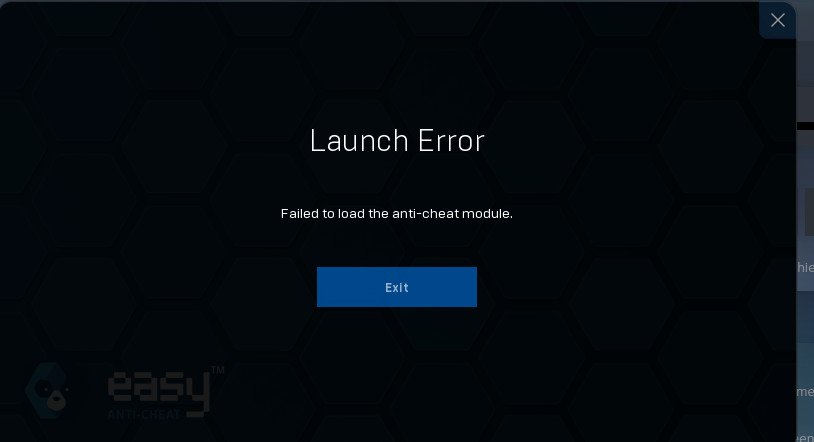 So, those GLIBC developers…they have a tendancy of breaking things related to anti-cheat (particularly EAC). So much so that even Valve’s own Pierre-Loup Griffais had complained about it, mentioning that this “contributes to damaging the idea of desktop Linux as a viable target for third-party developers.”

If you’re on Arch Linux on desktop, or you’re using the Steam Deck, you might not be able to get certain games with EAC to run anymore, because both platforms updated to the latest version of GLIBC. For instance, you might not be able to run Divine Knockout (DKO) or Rogue Company. Other games like Brawlhalla or MultiVersus will still work though, since they use a different version of EAC.

Unfortunately the GLIBC upgrade – particularly version 2.36 – has created more problems than it has solved. To find out what version of GLIBC you’re using, open a terminal and run ldd --version.

You can see here on Fedora, I’m running version 2.35. Which means I don’t have to worry about EAC games not running (queue the infamous clip of GloriousEggroll eating popcorn while watching Arch users suffer). If you run this command on Arch, however, or on the Steam Deck, you are likely running version 2.36, which has been causing the issues. 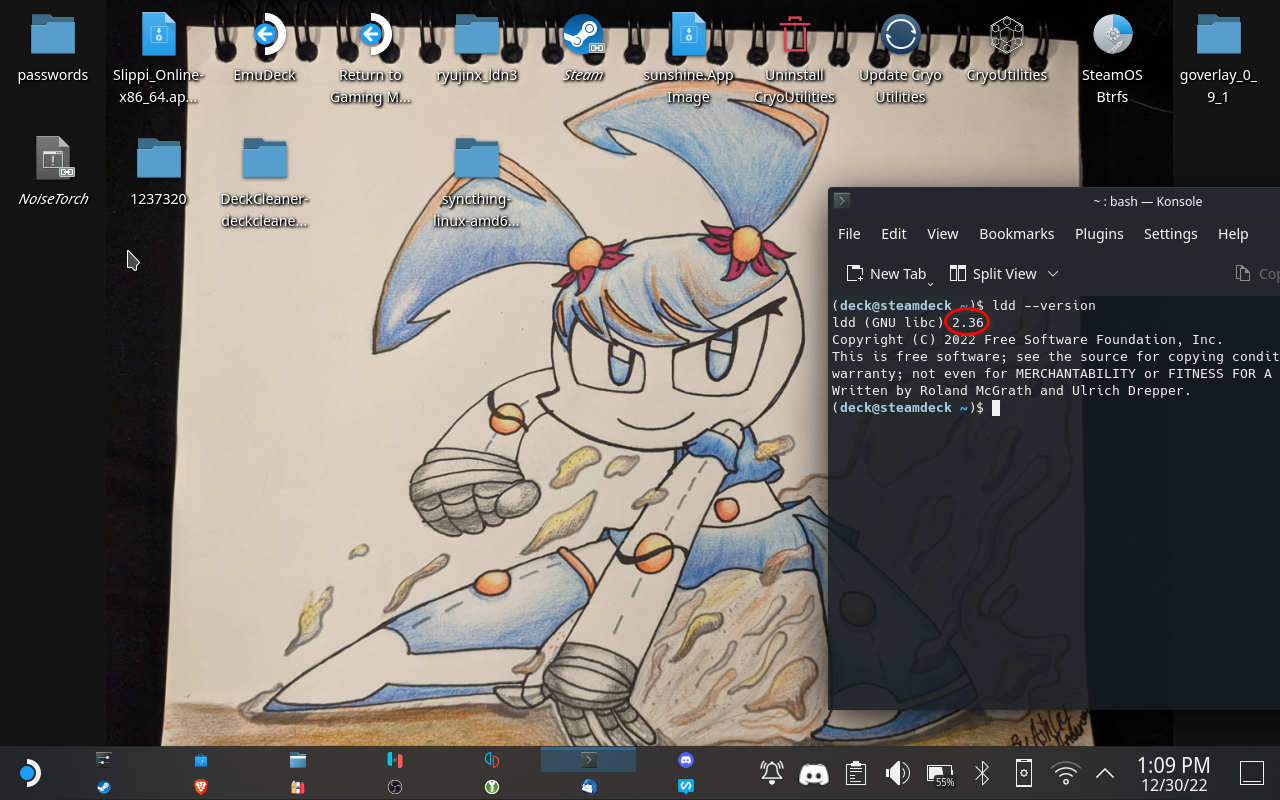 But fret not – glibc-eac has come to the rescue. This is the “Arch glibc with the commit breaking eos-eac reverted. By running this script, you should be able to get games like DKO and Rogue Company to work on Arch and the Steam Deck again.

If You’re on Arch Desktop⌗

Then run the glibc_eac.sh script:

This will build and install GLIBC with the breaking EOS-EAC commit reverted. Get yourself comfortable, because this is going to take a while (on Deck it took close to an hour). When all is said and done, reboot the computer and you should be good to go.

If You’re on Steam Deck⌗

Unfortunately with Valve being Valve, they decided to make installing pacman packages a whole lot more complicated than it should be. And while I would offer instructions here on how to fix EAC on Deck, I’m still in the process of trying to figure that out myself. It’s proving to be a real pain in the arse. Basically I’ve made an Arch Linux container with Distrobox, and while I was able to install glibc-eac within it, DKO still isn’t running. It’s complaining about something related to DX11 not being present on the system, even though other games are running within the container (Mesa drivers are up-to-date if you were wondering). 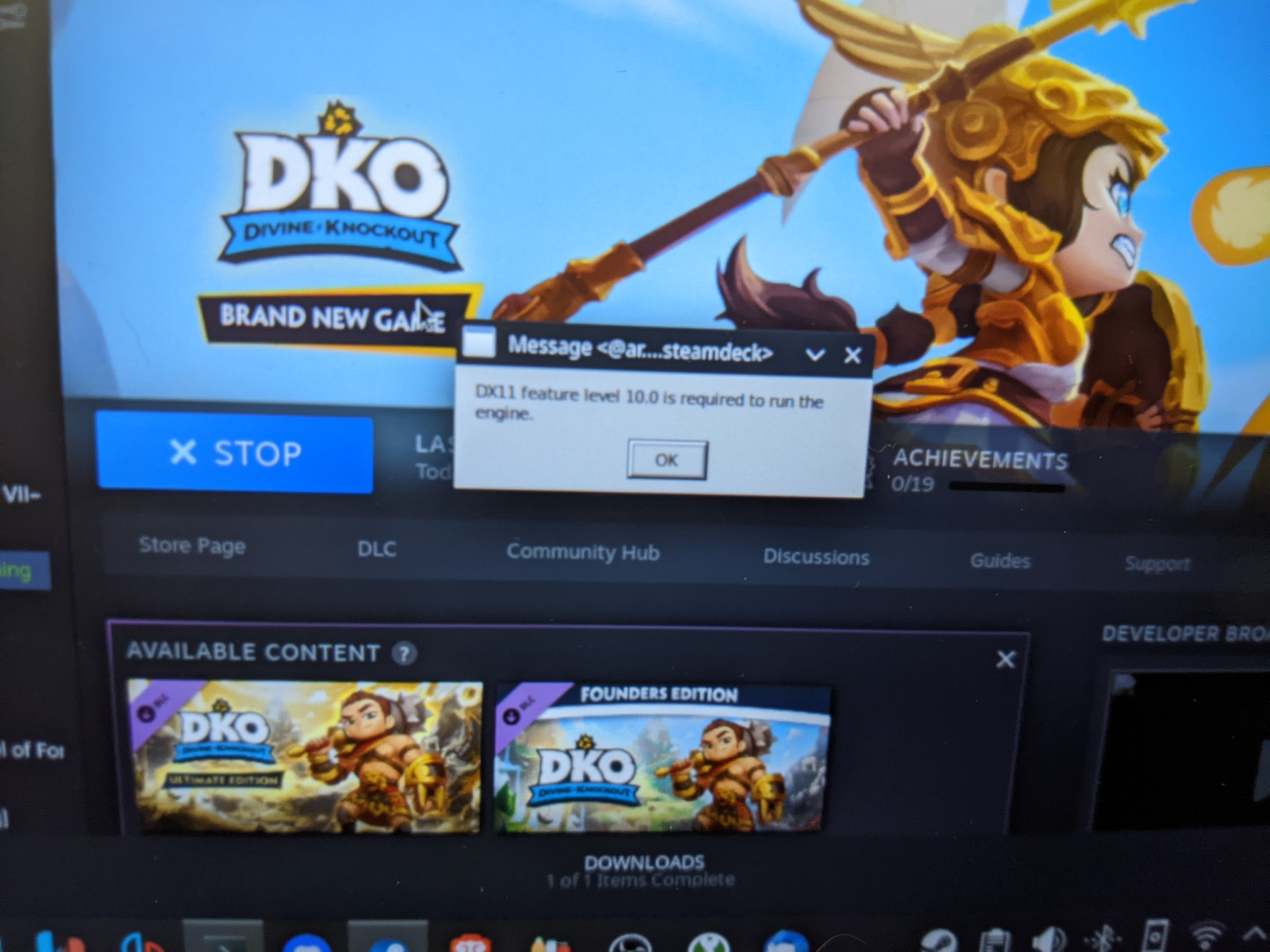 Still, it’s progress. Better than the error that you typically get in the cover photo.

If I ever do come across a solution, I will be sure to document the process.

Read other posts
← Your Steam Deck Could Be a Walking Brick Without Internet SteamOS 3.4.5 Preview Fixes Update Loop When Doing a Factory Reset, Fixes Focus Issue with Forza Horizon 5 →