Clearing Up Some Confusion Regarding LGC

So I’ve noticed between my Steam Deck review and my earlier post about Nickelodeon Kart Racers 3 that there have been some complaints that they’re either inaccurate or have nothing to do with Linux. Let’s start with the Steam Deck review.

Another thing is, even though Aya Neo and GPD have shown to the world prior to the announcement of the Steam Deck that portable PC gaming is actually possible, these companies don’t – or, at least, didn’t – even come close to how tightly integrated the Steam Deck UI is to SteamOS. The Steam Deck with its default SteamOS basically makes it behave very similar to a console. While Aya Neo might be doing something about this with their upcoming Aya Neo OS, before the Steam Deck there was Windows on the Aya Neo and the GPD devices, and we all know that Windows does a horrible job trying to act like a console. It’s nothing compared to SteamOS. I can’t comment on the Aya Neo but the GPD Win 3 is far less ergonomic than the Deck as well; more info about that on Boiling Steam.

Lastly, Valve actually does credit several of the FOSS projects that they use. I didn’t know until it was pointed out to me that you can see the third-party licences by going to Settings -> System -> Third-Party Licenses: 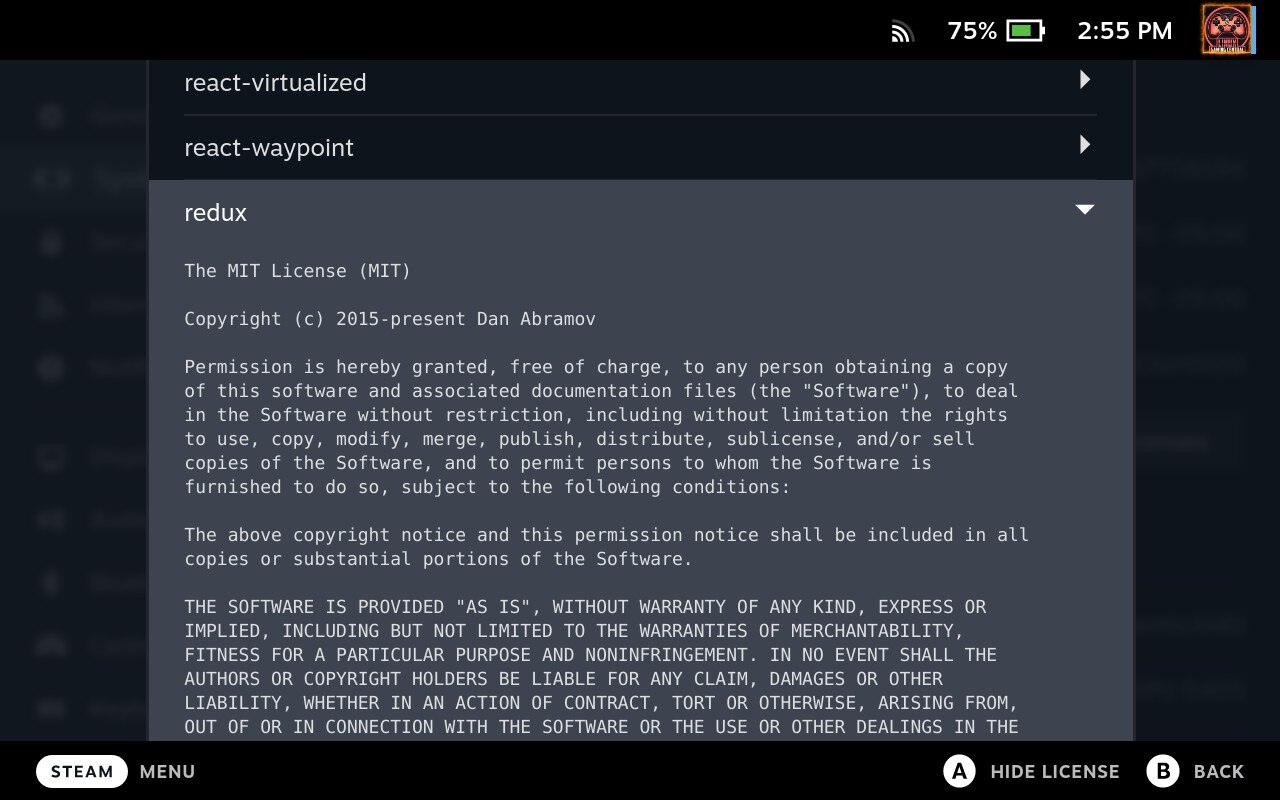 Maybe I’m not looking hard enough, but I still don’t see MangoHUD, Wine, Proton, CodeWeavers, or any mention of any of the developers behind ChimeraOS, who Valve clearly took inspiration from for the creation of SteamOS. Perhaps they’re just under a different name.

There’s probably some other things in that review that some are going to want to point out to me; you’re free to let me know in the comments or email me. At any rate I want to apologize to Valve or anyone else who read the review that I may have caused offense to, and I wanted to clarify some of the things I said in it.

The second point of concern is posts like the one prior to this. Perhaps I need to make myself a little more clear when it comes to posts that may be off-topic, but I had already mentioned this in the About page, right at the time I launched LGC:

Despite the name of the site, it’s not exclusively for Linux and Linux gaming. I may occassionally touch on console gaming. Like reviews on Nintendo Switch games, for example.

So there will be topics that may not have anything to do with Linux. My review of Reggie Fils-Aime memoir and my review of Kirby and the Forgotten Land are examples of this.

The reason why I brought up Nickelodeon Kart Racers 3 is because it actually is coming to Steam. And I assume it will work with Proton and the Steam Deck on day one. If it was a console exclusive I wouldn’t have brought it up. I probably should have been more clear on that post.

All of this being said, I’m actually working on a sister site that will have posts that don’t have anything to do with Linux. This is so LGC can primarily remain a Linux-gaming-oriented website and nothing else. I don’t have an ETA on when it will be up though. And right now I’m working on a game review that is native to Linux, and I’m also in the process of interviewing the owner of Steam Deck HQ.

Hopefully this clarifies some things up. Again, apologies to anyone out there who may have been offended or confused concerning some of LGC’s content.