Corrupt MicroSD Card? Your Steam Deck (Or Amazon) May Be to Blame 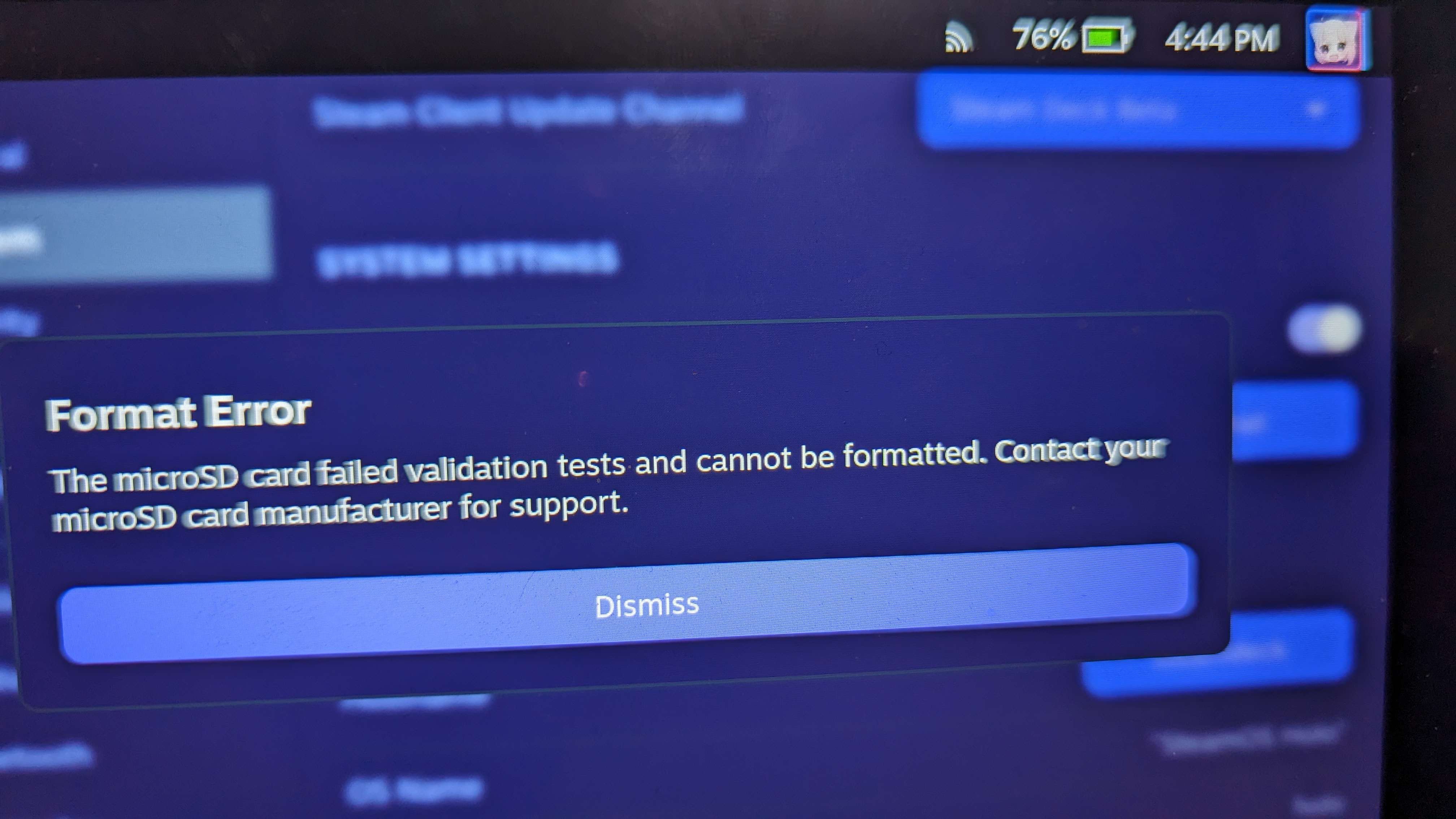 You might have bought a MicroSD card for your Deck. Over time, however, you might notice the speeds start to slow down. In fact, they might slow down so much that they are practically useless. I’m not talking about opening up your Deck with the card still inside (cough Liam from GOL cough). Bad MicroSD cards are usually caused by one of two things:

As reported on the Reddit thread, the OP bought a SanDisk 200GB Ultra MicroSDXC UHS-I on Amazon. Turns out it was actually only 32 GB. Here’s what they had to say:

Due to sheer laziness on Amazon’s part, the counterfeit cards get mixed right in with the real ones. The negative side of this is that you are getting at most 1/6 of what you paid for, the card will likely be slower than typical, your game data will 100% be corrupted if you use these cards due to their overwriting nature, and it takes three hours or so to test these large cards. 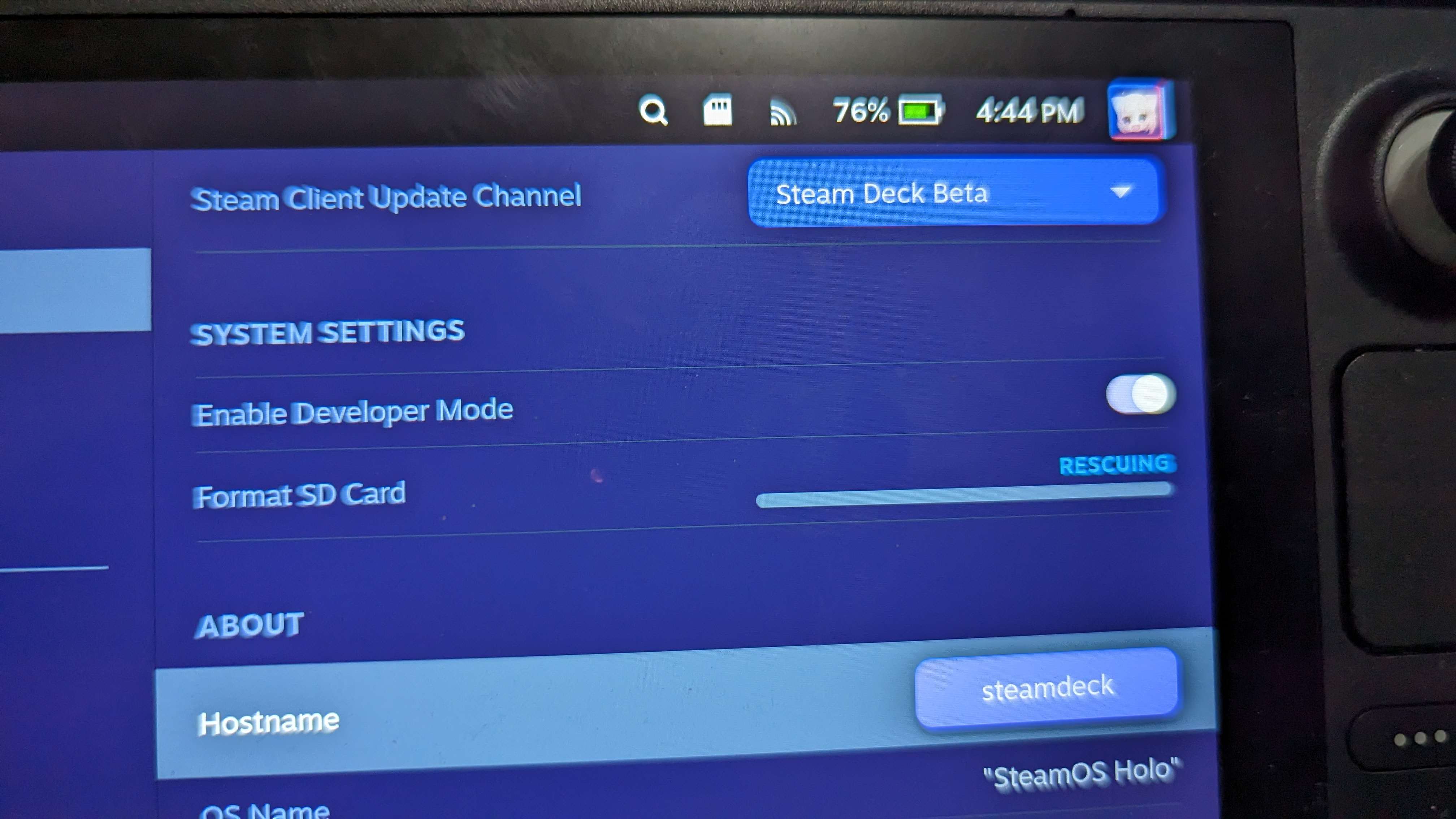 Keep in mind that thread was posted three years ago. But there’s still a risk of buying a fake card from Amazon – as indicated by a more recent report – even if it’s from a legit retailer like SanDisk, Lexar, Samsung, etc. Your best bet would be to test the card once you get it to confirm if it’s the actual size and speed as advertised, and if it’s not, simply return it.

But let’s say your card is legit. There is still a limit in regards to how often the MicroSD card can be written into. And once the card has reached that limit, it will slow down; eventually to the point where it will become unusable. So if you plugged it into your Steam Deck and formatted it in Game Mode, there’s a chance that the Deck did a full format as opposed to a quick format. Full formats write much more data to the card as opposed to quick format – the card will therefore reach this “unwritable” state more quickly.

Valve changed the formatting behavior of the MicroSD card from full to quick with the SteamOS 3.2 update that shipped in late May. According to the interview from The Verge, this simple change fixed a lot of cards from reaching end-of-life. But if you formatted your card prior to this update, this may explain why your card is behaving erratically. 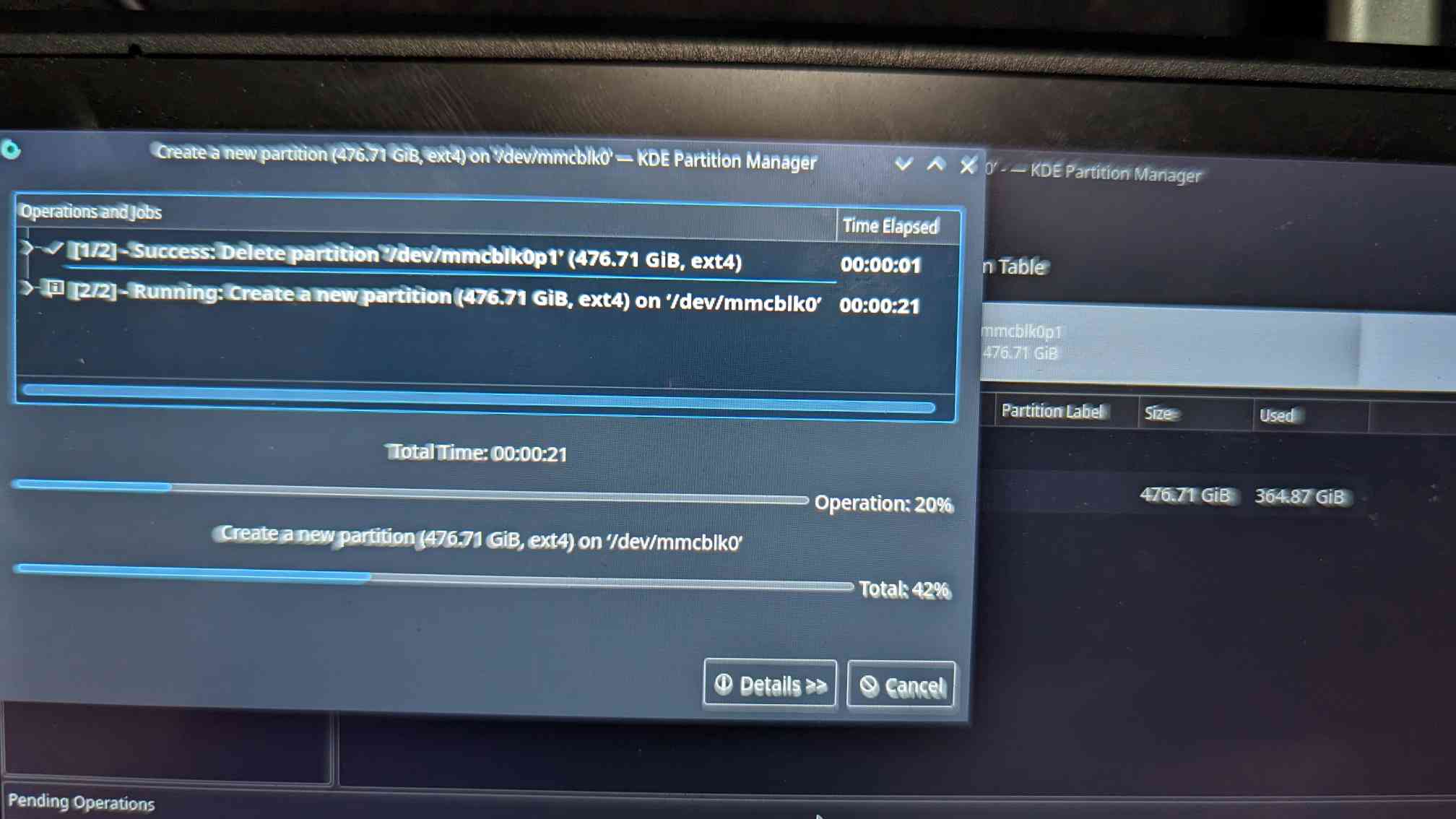 So here’s some tips:

If you have a bad card, whether it be fake or it got corrupted somehow, don’t lose hope. You can actually send your card to Valve and see what they can do about it. In regards to how that works, I’m not sure; I’d imagine it’s similar to how the Deck RMA process works. I have a friend who may actually do that; I will document the process if he does.

All images are credit of Ruineka.