Be Wary of Steam Reviews and Steam Deck Ratings 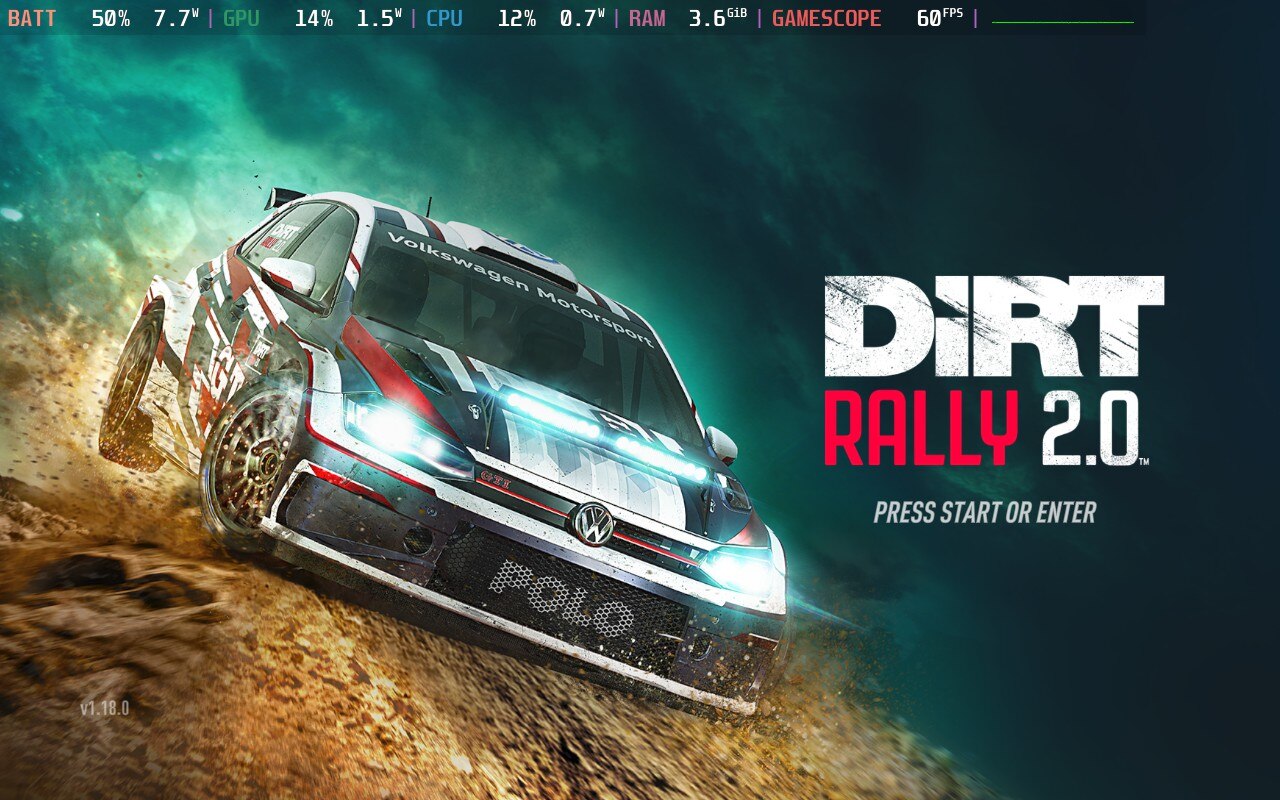 Boiling Steam recently highlighted the fact that Steam Deck ratings can get changed over the course of time. An example is Dirt Rally 2.0 suddenly going from Verified to Unsupported. One customer complained that Dirt Rally 2.0 no longer runs on Deck due to the “new launcher” that the game supposedly has. 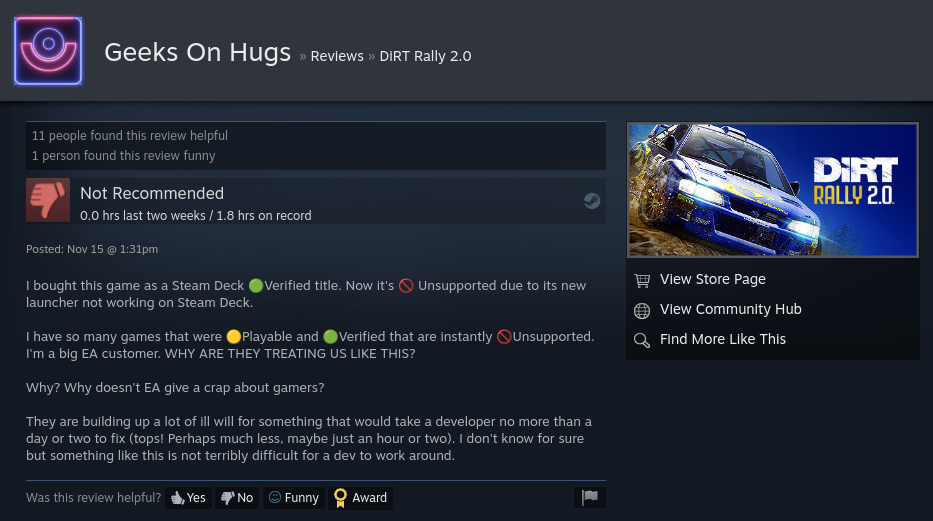 I get the frustration. But what frustrates me in return is when reviews like these spread misinformation. Fun fact: there is no launcher for Dirt Rally 2.0 whatsoever. I just played this on my Thelio desktop this morning, and there’s no launcher. It runs just fine. Played the game on Deck as well; no launcher there either. Matter of fact, the game plays a flawless 60 FPS at native 800p resolution with the default medium graphics settings, and 16:10 is supported. Samsagax from the ChimeraOS team also reported the game runs just fine on his OneXPlayer. 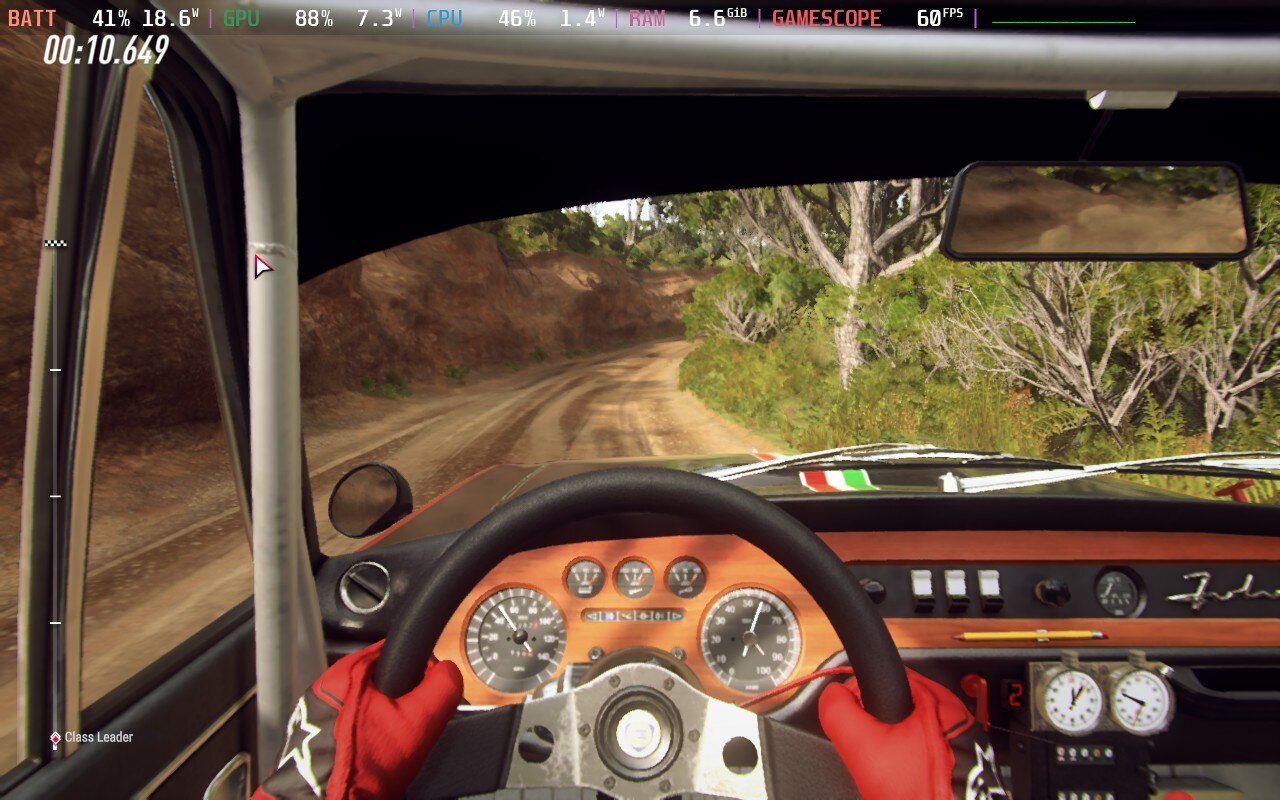 The only “launcher” I can think of with this game is when you press “PLAY” and you’re asked whether you want to play it in VR mode or not. 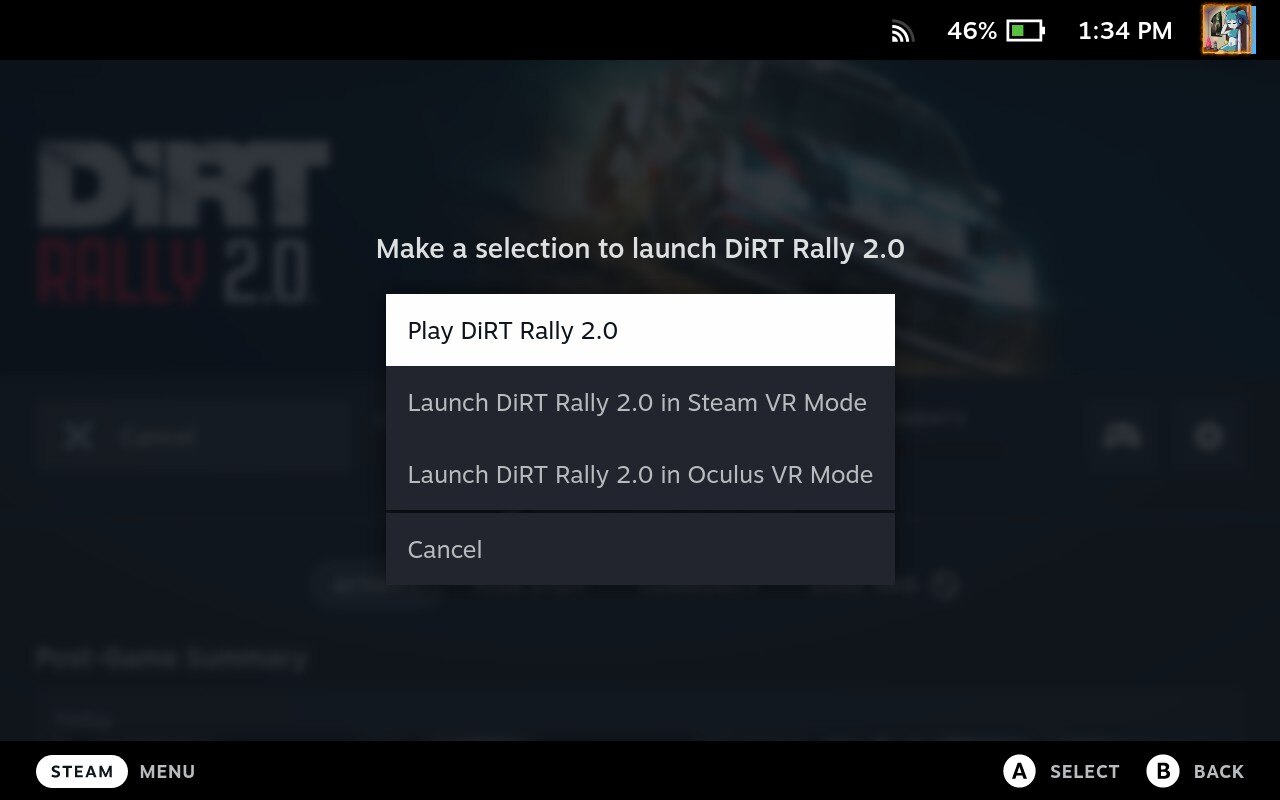 Obviously, on Deck it’s not recommended to run games via VR. But is that the honest reason why the game is now suddenly “Unsupported”? Just because there’s a VR mode?

I really don’t know what the reviewer is referring to. They could potentially have wrote the review that was meant for a different game by accident. Because there’s clearly no launcher for Dirt Rally 2.0. Game is rated Gold over on ProtonDB.

Crazy conspiracy theory: maybe the “Unsupported” rating is just to play it safe in the event EA pushes an update out that will break compatibility later on. Who knows, EA might actually force users to use the EA app in the background – which has been known to break Proton compatibility – but that’s not a requirement at the time of writing this. Maybe there’s just enough friction going on between Valve and EA that the former deliberately set the latter’s games as “Unsupported”, while EA designs their app in a way to deliberately break compatibility with Proton/Steam Deck. Some hidden rivalry that’s going on behind the scenes that we’re not aware of. Considering that the other giant game publisher out there, Ubisoft, is now taking sides with Valve by bringing more of their titles over to Steam, perhaps that has increased the tension. But this is purely speculation.

So the takeaway is this: don’t believe every review that you come across. Perhaps this reviewer’s review will come to light one day, but for the time being, the “launcher” is a lie. And herein lies yet another reason why you shouldn’t trust Steam Deck ratings. Just because a game is labeled as “Unsupported” doesn’t mean it doesn’t run. Sonic Frontiers runs great on Deck with a few tweaks, even though it was initially “Unsupported.”