What? A Handheld Powered by Discrete Graphics?! (Plus Aya Neo OS Update) 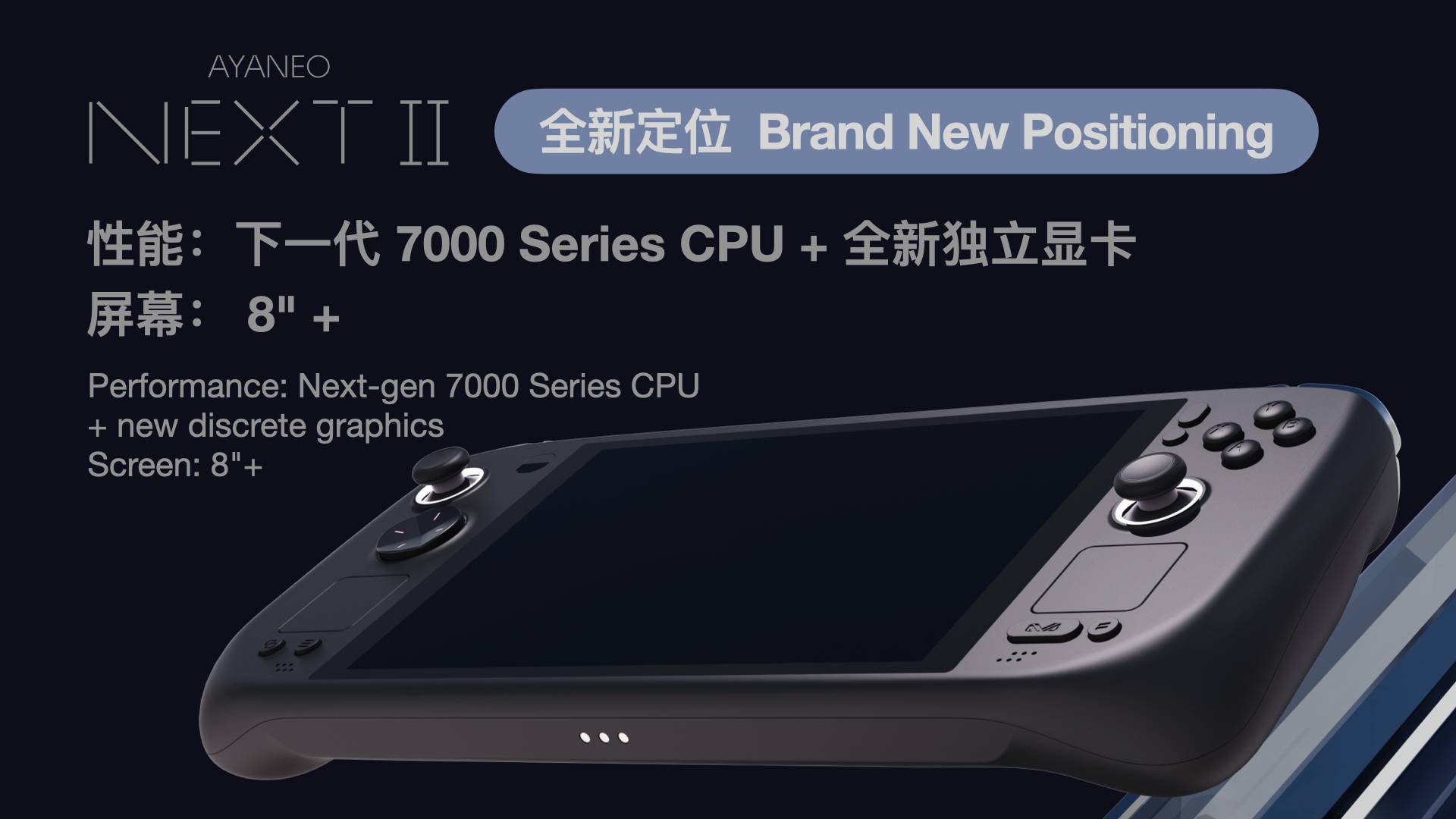 Man. It’s hard to keep up with all the new gadgets Aya Neo comes up with. They just released an article going over a ton of new handhelds that they are in the process of making. But one device in particular I wanted to talk about is the Aya Neo Next 2.

I’m not kidding you: this handheld will harness the power of discrete graphics. If the device actually does come to fruition – which will apparently be available to the masses “before the end of 2023” – this will be the first PC handheld to do so.

Notice that they use the word “Windows.” So I guess Linux will be treated as a second-class citizen, as usual.

As expected, details are a bit scarce at the moment. No word was given as to what exactly the discrete graphics will be; whether it be NVIDIA or AMD, or what series it will be. No word on price, battery capacity, hard drive space, or RAM class/capacity. All we know for now is that it will be using an AMD 7000 series CPU and an 8" screen. Judging by the photos it looks like the device will also sport touchpads, unlike Aya’s previous handhelds. I expect a price of at least two grand.

Another concern I have is…how on earth are they going to pack a battery that’s not going to increase the thickness of the shell by three inches? The 6800U by itself is a gas guzzler when it comes to battery life. An upgrade to the CPU, and discrete graphics? You’d better have a battery that’s at least 80 Wh. And with a battery like that, the handheld will probably be five pounds and four inches thick. On top of that get a life expectancy of two or three hours before needing a recharge. 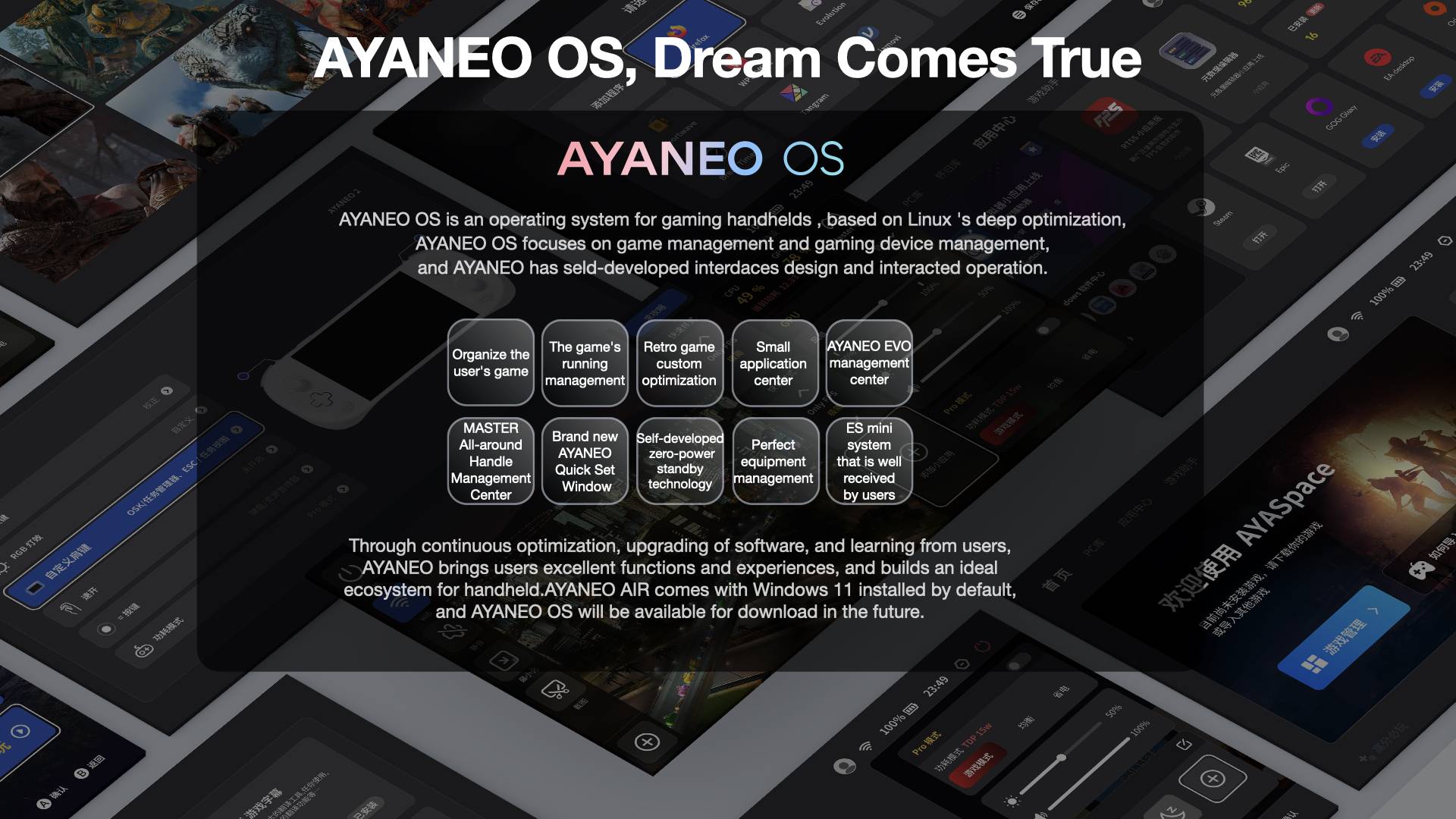 But regarding Linux, it looks like the company is continuing to make progress on their own distro:

Based on the Linux system, AYANEO’s self-developed AYANEO OS for games will also bring ideals into reality and will be officially launched in 2023. Players can have more efficient operating efficiency, lower power consumption, and [a] more elegant interactive interface, and a more immersive experience, and focus on the game itself. At present, the system is undergoing internal testing in a small area, and is thinking about the underlying architecture.

So we have a little something to go by here; it will be officially out sometime this year. But no word on what the distro is based on, whether other devices can use Aya Neo OS, or if it will be open-source.

They did at least provide a couple of screenshots of the interface. Looks very similar to modern Android.

I did try getting in touch with Aya a couple of times to see if I can get any review samples from them, but no luck. Doesn’t mean I won’t stop trying though. I definitely want to get my hands on the Next 2 if I can.

Let me know your thoughts on this. Do you think it’s really possible to have a handheld in 2023 with discrete graphics and a fairly decent battery life?

All images used in this article are credit of Aya Neo.